The Qur'an: With a Phrase-by-Phrase English Translation and millions of other books are available for Amazon Kindle. Learn more
Share <Embed> 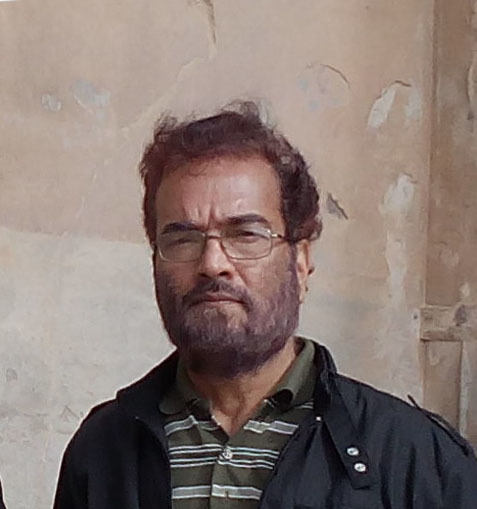 The Qur'an: With a Phrase-by-Phrase English Translation Paperback – July 17, 2019

by Ali Quli Qarai (Author)
4.5 out of 5 stars 15 ratings
See all formats and editions
Sorry, there was a problem loading this page. Try again.

Page 1 of 1 Start overPage 1 of 1
Previous page
Next page
Start reading The Qur'an: With a Phrase-by-Phrase English Translation on your Kindle in under a minute.

I am an Indian-born translator and writer who served as the editor-in-chief of the English quarterly, Al-Tawhid, for 14 years.

My father, Syed Muhammad Quli Khan, was a lecturer at the College of Education, Osmania University. I was born in Hyderabad, where I went to school, first at Madraseh Aizza and later at Madraseh Aliya.

After graduating from Osmania University with a B.E. in 1970, I went to the U.S., where I got my graduate degree in Business management (M.B.A.) from the University of Wisconsin, Madison.

From 1983 to 1997 I worked as Executive Editor and later on as Chief Editor of Al-Tawhid, an English quarterly of Islamic thought, in which job I had the opportunity to translate many Arabic and Persian writings on various Islamic subjects.

My major work to date is my phrase-by-phrase English translation of the Qur’an. For the past two decades, I have been associated with the Tarjuman-e Wahy Cultural Institute as a translation consultant.

o Mafatīḥ al-Jinan, a book of prayers and observances in 2 volumes based on the Imami tradition.

o The Kernel of the Kernel (Lubb al-Lubab) by Allamah Tehrani.

Seyed Alireza Mortazavi Karvani
3.0 out of 5 stars The translation is great, This particular print is disappointing!!!
Reviewed in the United States on June 9, 2021
Verified Purchase
I love Qarai's translation of the Quran. It is an amazingly accurate phrase by phrase translation, and at the same time fluent and easy to read. I can understand the Arabic text of the Quran, and my native language is Persian, but I feel I learn new insights into the text when I read this English translation.

Saying all that, I am so disappointed with the print I received from this seller. The worst thing about it is the margins! The margins are so small and on some pages, even some letters and punctuations are cut out! The binding is also not impressive. I do not recommend buying from this seller. There are other prints of Qarai translation on Amazon, with a more decent print.
Read more
Helpful
Report abuse

Sana
5.0 out of 5 stars Very easy to understand
Reviewed in the United States on July 12, 2021
Verified Purchase
I love this translation. I have bought many and gifted friends and family. It is in simple English. I love how the sentences are broken in little parts so one can learn Arabic at the same time. Great Quran for all, especially for the kids to understand.
Read more
Helpful
Report abuse
See all reviews

Baneen
5.0 out of 5 stars LOVEE it !!! Thank you
Reviewed in Australia on October 8, 2020
Verified Purchase
The media could not be loaded.
I love love love it thank you
Read more

5.0 out of 5 stars LOVEE it !!! Thank you
Reviewed in Australia on October 8, 2020
I love love love it thank you
Images in this review