Alien Day and millions of other books are available for Amazon Kindle. Learn more
Share <Embed> 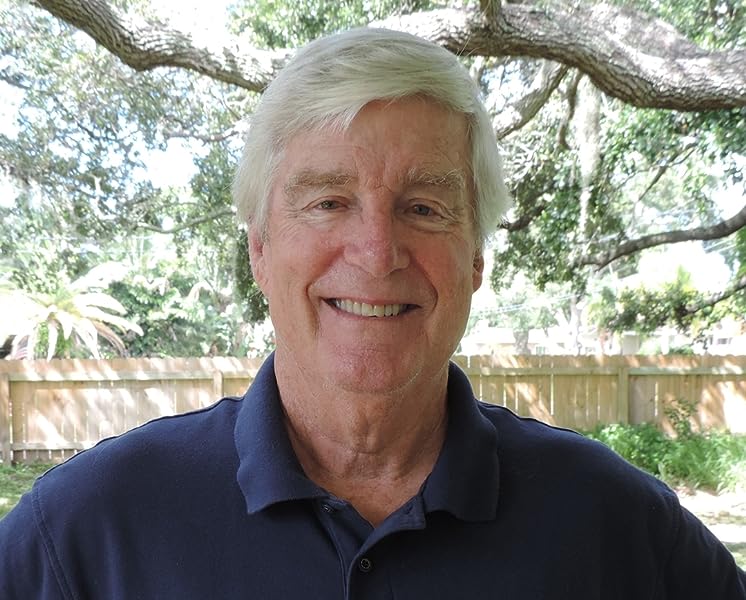 by Rick Wilber (Author)
4.7 out of 5 stars 4 ratings
See all formats and editions
Sorry, there was a problem loading this page. Try again.

“A truly original take on first contact, with accompanying threats of world domination and terrorism, all intertwined with nuanced explorations of identity, appearance, and gender. His complex cast of characters (human and S’hudonni) will live on in your mind long after you finish the last page.”
―Alan Smale, Sidewise award-winning author of the Clash of Eagles trilogy.

“Alien Day up the pace of the earlier, with deepening ideas about aliens and how we can respond to them. Wilber knows his stuff and the ride is racy!”
―Gregory Benford

“With a wry sense of humor and a host of fantastic characters, Rick Wilber’s Alien Day explores a near-future
where the aliens have arrived and just want to make a profit from Earth. I really enjoyed this. Smartly written
and cleverly plotted, Alien Day is sure to be a hit. Highly recommended.”
―Kevin J. Anderson, New York Times bestselling coauthor of Dune: The Duke of Caladan

“Heather is the most memorable female character I’ve encountered since Wonder Woman showed up in 1941 as secretary for the Justice Society. Beautiful.”
―Jack McDevitt, Nebula award-winning author of Seeker

“An intriguing look at colonization from the viewpoint of those being taken over.”
―Publishers Weekly

“This is the start to a great trilogy . . . and an enjoyable read for any lover of first-contact sf.”
―Booklist

“A first contact story like no other: it eerily and wittily depicts a fast-forward vision of a near-future in which our own world is both utterly recognizable and utterly transformed. Once I started it, I couldn’t put it down. Neither will you. ”
―Elizabeth Hand, author of Generation Loss, Available Dark, and Hard Light

“Brilliantly crafted, fiercely real, Alien Morning is first contact as it may very well happen: experienced by one, shared by all who subscribe. Relentless and original, this is science fiction that matters now. Highly Recommended. ”
―Julie E. Czerneda, author of The Clan Chronicles

“A startlingly credible reflection of how our society copes--or doesn't cope--with its own strangeness.”
―Stephen R. Donaldson

“Rick Wilber's new novel brings together elements of a vivid near-future family saga and the global consequences of the arrival on Earth of technologically superior aliens. Through a charming first-person celebrity narrator who struggles with his flaws, Wilber deploys these elements so that the human drama reflects and illuminates the interspecies conflict, and vice versa, in a compellingly original way. You'll not soon forget either Peter Holman, the narrator, or Twoclicks, the S'hudonni prince with his alien antagonists and allies.”
―Michael Bishop

“Effortlessly mashes up its big science fiction theme of mysterious aliens and the terrorists who love them with a gritty backstage tour of semi-professional sports and also with an unflinching look at a troubled family. . . . Rick Wilber has definitely arrived!”
―James Patrick Kelly, winner of the Hugo, Nebula and Locus awards

“What happens when journalists use senses, not just words? This nifty look at an eye-opening future is well worth your time.”
―Gregory Benford, author of Timescape

“A rousing adventure. Kept me guessing to the last line.”
―Jack McDevitt

“An engaging blend of humor, skepticism and wonder, and the futuristic elements of the story sound in many cases all too probable.”
―Tampa Bay Times

“Rick Wilber…tells you the truth, a quality that be unsettling sometimes, but is never less than absolutely refreshing. Wilber knows how to do justice to the nuances of a complex story, and he deserves a huge readership.”
―Peter Straub

RICK WILBER is an award-winning writer and editor who has published a half-dozen novels and short-story collections, several college textbooks on writing and the mass media, and more than fifty short stories in major markets, including several published in Asimov’s Science Fiction magazine that are set in the same near-future as Alien Day. He has won the Sidewise Award for Alternate History for the story, “Something Real,” and his previous S’hudonni Empire novel, Alien Morning, was a finalist for the John W. Campbell Memorial Award. He lives in Florida.
Start reading Alien Day on your Kindle in under a minute.

Carol
5.0 out of 5 stars Fun and Exciting
Reviewed in the United States on June 30, 2021
Verified Purchase
Alien Day was a fun, exciting read, with a lot of dry humor mixed in with action scenes that ultimately lead to an explosive climax. The main characters start with Peter Holman, an ex-jock now working on the alien homeworld of S’hudon as a kind of PR guy for the alien Prince Twoclicks. Then there’s Chloe Cary, the girlfriend of Peter and a Hollywood action-hero star trying to hang onto her career back on Earth. And then there’s Kait Holman, Peter’s hard-luck sister who’s been kidnapped and taken to that same alien homeworld by the alien bad guy, Prince Whistle, who’s vying with his brother Twoclicks for control of Earth’s profits and wants to use Kait as a bargaining chip. And finally Tom Holman, Peter’s brother, who’s so shattered by Peter’s success and his own failures that he starts a violent insurrection, or tries to, on Earth. All their struggles come together in the end. I think Kait is my favorite character, with her sweet S’hudonni pal, Smiles. And then Chloe is my next favorite, with her take-no-prisoners attitude as she travels the world with another charming character, the alien princeling Treble. A fun plot, fascinating characters, some nice worldbuilding on the alien homeworld, and a thoroughly enjoyable read. Five stars. Oh, and enjoy the blimpies!
Read more
Helpful
Report abuse

barry jackson
4.0 out of 5 stars Difficult reading for me
Reviewed in the United States on July 19, 2021
Verified Purchase
Had this book been written in a larger font, it would be well over 300 pages long. If your eyesight is marginal ,it will be a chore. The story is well written, creative and entertaining. But my eyes are tired.
Read more
Helpful
Report abuse

W. David Tyler
5.0 out of 5 stars Twists around every corner!
Reviewed in the United States on June 27, 2021
Alien Day has a unique perspective on science fiction with as many twists as an Agatha Christie novel. The story is well written, tightly scripted and has excellent dialogue and verbal imagery. The story was engrossing and ended with an opening for future stories in this vein. Rick Wilber is an excellent writer. I look forward to reading more from him in the future!
Read more
Helpful
Report abuse

Kelly A Morchower
5.0 out of 5 stars The plot makes it great, the characters keep you hooked
Reviewed in the United States on June 24, 2021
Great story, frighteningly believable. I don't read tons of science fiction, but I couldn't put this one down.
Read more
Helpful
Report abuse
See all reviews
Back to top
Get to Know Us
Make Money with Us
Amazon Payment Products
Let Us Help You
EnglishChoose a language for shopping. United StatesChoose a country/region for shopping.
© 1996-2021, Amazon.com, Inc. or its affiliates