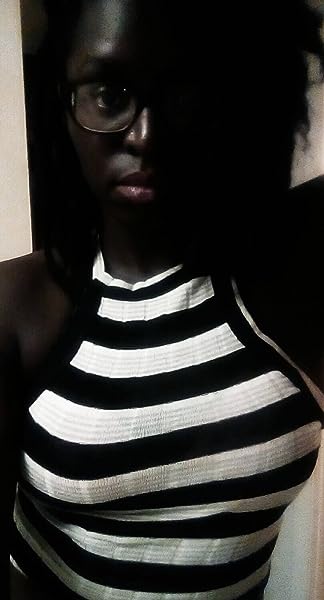 How to be the hottest dark skinned chick on the planet Paperback – July 12, 2016

by Rashida Strober (Author)
4.7 out of 5 stars 3 ratings
See all formats and editions
Sorry, there was a problem loading this page. Try again.

This book is the first motivational book in the world for dark skin females!Rashida strober ,a former homeless teen and abused victim of dark skin mental abuse has turned her life into triumph. She shares personal tips, strategies and stories on how to live in you dark skin and overcome. Although specifically targeted to dark skin females this book is for anyone that wants to become the best person they can be.
Read more
Previous page
Next page

The Amazon Book Review
Book recommendations, author interviews, editors' picks, and more. Read it now.
Tell the Publisher!
I'd like to read this book on Kindle

A HELL OF A SUCCESS STORY

“Even if you’re going through hell, keep going!” This is one of Rashida’s most inspiring quotes by the motivational king, Les Brown. Rashida knows about going through hell. A Florida native, Rashida is the only girl among 6 siblings. She was born into what seemed like hell on earth, yet through it all, she discovered a burning desire to become a talented performer. At a young age Rashida was destined for success as she won numerous acting awards, including a prestigious Ruth Eckerd Hall Scholarship and the Florida Thespian Festival Superior award.

The St. Petersburg Times wrote about her crowning achievements at the tender age of 13. Soon after, life’s trials shook the foundation of her chances at achieving her dream. Rashida’s self- esteem was brutally assaulted at every turn by classmates who made her life a living hell. Known as “black and ugly” “monkey mouth” and “African Booty Scratcher”, she was told by many that she would never make it as an actress. Living on the streets and all alone by the age of 14, Rashida endured poverty and sexual exploitation. Although homeless, beat down, busted and disgusted with life, Rashida held fast to her dream of acting.

With God’s help she escaped poverty and sexual abuse and by age 17, she earned a GED, found employment, saved money for an apartment and enrolled in college. After graduating from the University of South Florida with a Master’s Degree in Political Science, Rashida moved to LA to pursue her acting dream. In 2006 she wrote, produced and starred in her autobiographical one-woman show, The Ice Cream Lady’s Dream. Inspired by the dark skin mental abuse of the main character and a lecture Rashida delivered on dark skin in 1998 at St. Petersburg College, she decided to write A Dark Skin Woman’s Revenge in the summer of 2006. This groundbreaking play spurred an international movement recognizing the beauty plight of dark-skinned women and girls.

After three years in LA Rashida relocated to St. Petersburg. After returning she continued to write, speak and perform the play with the theme of uplifting dark skin beauty. She taught in Pinellas County Schools and St. Petersburg College and appeared on television’s The Forensic Files and various theatrical productions, including TV Commercials.

Rashida launched the website Actortube.com, a video-sharing site to promote actors, actresses and performers and in 2008 she founded ICLD Productions. ICLD is the first production company of its kind, producing plays specifically about the dark-skinned female experience. Since 2006, Rashida has been performing as 5 characters in the groundbreaking play A Dark Skinned Woman’s Revenge. Select venues include The University of South Florida, The Atlanta Black Theatre Festival and The Washington DC Black Theater Festival.

Rashida has been recognized by her peers for her stellar acting talents. In 2012, she won the Playwright's Red Carpet Award. She won “Actress of the Year” for her heart-wrenching performance as Georgana Nelson, a badly treated dark skinned, mentally ill woman from her play A Dark Skin Woman’s Revenge. Rashida has been featured in local and national newspapers and on numerous television programs. In 2013 she made the cover of the Floridian Magazine.

Rashida is on a mission to change the world for dark skinned people. Her talents as an actor and orator are reflected in her ongoing efforts as The World’s First Dark Skinned Activist. In 2014 Rashida made history. Inspired by the play A Dark Skin Woman’s Revenge, she created the International Dark Skin is Beautiful Campaign, the first in the world to uplift the beauty of dark skinned women and girls. An expert on the plight of dark skinned women and girls, Rashida tours the country speaking about the issue of dark skin. Sought after for her unique views and expertise on dark skin, Rashida has appeared on numerous talk shows including The Tommy Sotomayor Show, Questions of a Lifetime and was seen by millions as the feature story on Bay News 9. The highly anticipated book version of the play is available at rashidastrober.com You can also find other books written by Rashida including, Darkism:25 ways dark skin people are discriminated against, How to be the hottest dark skinned chick on the planet and She Black But she ain’t ugly: A dark skin girl’s triumph.

Rashida is one of the lead panelists on the Girls Change the World Workshop in Pinellas County Schools. She is also a keynote for the Great American Teach–In. From High school students to churches, to theaters and community organizations, Rashida inspires audiences through her unique style of energetic, entertaining, raw, honest and engaging insight. As The Dark Skin Activist since 1998, Rashida is passionate about using her talents as a performer to change the course of history for dark skinned women and girls around the world. Her most recent live show is called Burnt Black Crispy Biscuit. To find out more visit rashidastrober.com.

Support her Dark Skin is Beautiful Campaign by learning more, sharing the mission and donating today. Rashida can be reached at darkskinisbeautifulcampaign@gmail.com.

THE INVENTOR OF DARK SKIN ACTIVISM

Rashida Strober is the inventor of DARK SKIN ACTIVISM. For years dark skinned women have been branded the ugliest women on the planet. Dark skinned women have been called every name in the book. Manly. Burnt. Darkie. Blackie. Dirty. Ghetto. They have suffered in silence for years attacked by friends, family and society. Dark skin female beauty discrimination is the big elephant in the room in the black community. It’s the topic that no one wants to discuss publically, yet it’s talked about within the confines of trusted circles. Some have recognized it as a problem and gave attention to it in popular media. A body of scholarly research has emerged addressing the issue. But no one until now has taken on the task of eliminating dark skinned beauty discrimination permanently.

Taking on a world-wide ignored issue, Rashida Strober, the world’s first dark skinned activist, has created the first campaign in the world to eradicate dark skinned beauty discrimination. Since 98’ the dark skinned activist has been relentlessly advocating for what she calls “dark skinned beauty equality”. She’s appeared on TV, the cover of the Floridian, on international radio and the featured story for many newspapers. Yet it all started in 1998 when she gave her first historic lecture on the jet black Sudanese beauty, Alek Wek at St. Petersburg College. She spoke boldly against dark skinned beauty discrimination. Her fans will tell you that they have never before seen anyone advocate as hard as she does for dark skin.

A victim of what Rashida coined dark skin mental abuse, she wrote her story. In 2006 she wrote the play turned audio book, She Black but she ain’t ugly: A Dark Skin Girl’s Triumph. The story details her struggles of overcoming poverty and dark skin abuse. Sharing her personal story would not only be therapeutic for her but would also help others. A true pioneer, Rashida’s dark skinned activism is the first of its kind. From France to Africa to New York, she receives messages of support daily from fans around the world. She says the most rewarding part is helping dark skinned women, men and teenagers who confide in her about their dark skinned struggles. They count on her to be there, listen and not pass judgment. They know that she truly understands because she’s been there.

The dark skinned activist has gone on to produce dark skinned plays, books and original commentary. Her fans can’t get enough of the world’s first dark skinned activist. That’s why she continues to write, speak and act. She wrote the award-winning play A Dark Skinned Woman’s Revenge in 2006 and a book of the same title in 2015. She also wrote How to be the hottest dark skinned chick on the planet, the first motivational book ever for dark skinned females. This book is free at the website thedarkskinactivist.com. Check out her most recent show Burnt Black Crispy Biscuit in a city near you.

As a part of her international dark skin is beautiful campaign initiative, the dark skinned activist is touring the award winning play A Dark Skin Woman’s Revenge around the world! Fans want to know what happens when a dark skinned woman gets fed up! Find out more about this pioneer and the inventor of dark skin activism at thedarkskinactivist.com or email darkskinisbeautfulcampaign@gmail.com

Ariel
4.0 out of 5 stars I love rashida strober
Reviewed in the United States on March 4, 2018
Verified Purchase
I like the book, but I don't feel like I learned anything new.
Read more
One person found this helpful
Helpful
Report abuse
See all reviews