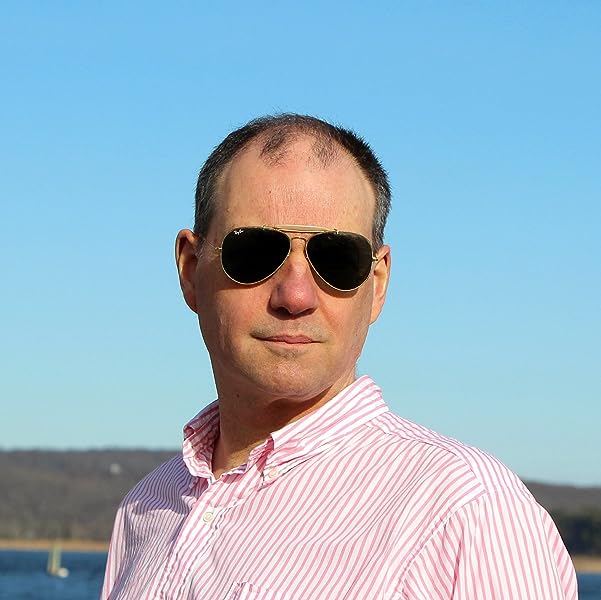 Unschooling Rules: 55 Ways to Unlearn What We Know About Schools and Rediscover Education Paperback – February 1, 2011

by Clark Aldrich (Author)
4.5 out of 5 stars 301 ratings
See all formats and editions
Sorry, there was a problem loading this page. Try again.

The most powerful new ideas in education are coming from the families that have given up on schools. From his experience with homeschoolers and unschoolers, education guru Clark Aldrich distills a revolutionary manifesto of 55 core ''rules'' that reboots our vision of childhood education and the role of schools.  The include:

● Learn to be; learn to do; learn to know.
● Tests don't work. Get over it. Move on.
● What a person learns in a classroom is how to be a person in a classroom.
● Animals are better than books about animals.
● Internships, apprenticeships, and interesting jobs beat term papers, textbooks, and tests.
● The only sustainable answer to the global education challenge is a diversity of approaches.

This accessible book provides you with a path forward, whether you're a parent or teacher, a school administrator, or a national policy decision maker.
Read more
Previous page
Next page

Clark Aldrich is a global education thought leader, labeled a guru by Fortune Magazine. He works with corporate, military, government, and academic organizations at both the board level and as a hands-on implementer. His projects have been patent winning and earned millions globally. He is the author of four earlier books and scores of articles; is the recipient of numerous industry awards; created dozens of educational simulations (including the most popular leadership simulation in the world); was the founder of Gartner's eLearning coverage; and has a degree in Cognitive Science from Brown University. His work has been featured in hundreds of sources, including CBS, ABC, The New York Times, Wall Street Journal, CNN, NPR, CNET, Business 2.0, BusinessWeek, and U.S. News and World Reports.
Start reading Unschooling Rules on your Kindle in under a minute.

The answer is sobering. Lectures, term papers, workbooks, and tests were never designed to help us grow beyond the classroom.

Clark Aldrich is the world's authority on content that improves thinking and actions in the real world.

Aldrich is the leading designer of educational simulations and Short Sims for professionals, and an award-winning industry analyst. A philosopher/practitioner, Aldrich has created and continues to evolve the first rigorous pedagogy around "learning to do" in educational media. He and his work have appeared widely including in The New York Times, CNN, and CBS.

Aldrich works with corporations, universities, the US military (where he held Top Secret clearance), non-profits, government organizations, and VCs to create new models of scalable lifelong education that deliver growth, while being less wasteful and more fair.

Amazon Customer
5.0 out of 5 stars Applied the concepts in this book for 6 years- Success!
Reviewed in the United States on February 22, 2017
Excellent, I have been applying what I have learned in this book to raising my children over the past 6 years. The results have been incredible. With 5 students age 12 to 17 I am very pleased with the results so far. My children have all been very successful in developing skills in childhood that have led to the creation of income sources, missions, volunteering, creativity, research and vast amounts of happiness and harmony in our homeschool. We are Fun-Schoolers. I read this book every year. My husband and older teens read it too. See my other reviews.
Images in this review

Brailyn Michael
5.0 out of 5 stars I love this book
Reviewed in the United States on April 13, 2018
Verified Purchase
I love this book. I carry it with me all the time. I have underlined and reread it many times. When new homeschool parents are looking for help I always suggest this book. I find it helps me remember why I started homeschooling.
Read more
2 people found this helpful
Helpful
Report abuse

swexler
5.0 out of 5 stars A "must read" for anyone that has children or cares about children
Reviewed in the United States on July 6, 2011
Verified Purchase
Think for a moment - why is it that very few high school students wake up in the morning excited about going to school? We blindly except this as the norm but fail to ask why something that should be wonderful and exciting (learning, exploring, and engaging) is instead viewed as something loathsome. Clark's concise rules and observations ask the reader to reconsider much of the 19th-century schooling mentality that has numbed us into willingly shackling our children to factory/industrial approach to learning.

My hope is that this book will engender discussion and serious reexamination of the thinking that created the "No Child Left Behind" fiasco and the rampant cheating scandals that have cropped up as a consequence of relying on test scores as a benchmark for success [...] This book has already made the rounds throughout my household and, with luck, will make it through my local school board as we *can* do better and this book contains concrete suggestions on just how to accomplish this.

Audrey D. Maldonado
3.0 out of 5 stars Ok, but why the adversarial tone?
Reviewed in the United States on April 23, 2015
Verified Purchase
I basically agree with all of the "rules" presented in this book. My objection is that the author takes such a bitter and adversarial tone in relating anything to the public school system. My suspicion is that he does this because many people who choose to unschool do so out of frustration with public schooling. I also found some examples of what unschooling looks like to be a little less than inspiring. I believe in portfolio development and passion based learning. I fail to see how hanging around to watch police respond to a threatened suicide can be singularly educational. In fact, that example reminded me of many "learning experiences" I had in a traditional school setting. Children will learn things about how the world works by happening upon novel experiences whatever way you choose to approach education.
I was hoping for more from this book. It fell short of my expectations in many ways. Again, I do not disagree with any of the rules, but I felt like this was a simplistic treatment of a worthy subject written by someone with an obvious chip on his shoulder that does not allow for a realistic portrayal of public education.
Read more
38 people found this helpful
Helpful
Report abuse

Kindle Customer
5.0 out of 5 stars Why You Should Take This Book Very Seriously
Reviewed in the United States on March 27, 2011
Verified Purchase
I believe what is being done TO students in public education in the name of standardization, testing and compliance is borderline criminal. Especially, by the time they reach high school. Set public education free by following these 55 rules. Public education needs breathing room, the windows opened up, and let the teachers and students walkabout as John Taylor Gatto would say. As simple as this sounds, and as nurturing and engaging this new vision for public education could be, it will take a lot of systemic lift and shift.

Remember when we used to wish public schools would be as good as private schools..Mr. Aldrich's battle cry..how can we make public education as good as the best of homeschooling and unschooling..[...]
Read more
5 people found this helpful
Helpful
Report abuse

Mirchailie
5.0 out of 5 stars Great book for those who want to unschool or home educate
Reviewed in the United States on March 22, 2013
Verified Purchase
It is a great book, very concise, and to the point - one of the best books for parents who want to unschool or are simply home educating and do not know how to start or how to carry on with the process.
I recommend it for everybody interested in education: parents, teachers, students... Its reading is essential nowadays when it is obvious that the conventional system is a failure and there is an urgent need for a change in the paradigm of education.
Read more
Helpful
Report abuse

AmaGirl7
5.0 out of 5 stars Amazing!
Reviewed in the United States on November 24, 2021
Verified Purchase
This was a quick read, it was straight too the point, contained great resources/info/inspiration, and it was exactly what I was hoping for. I just started homeschooling my kids which is looking a lot like ‘unschooling’ right now. This book is a great resource for anyone curious about or doing unschooling, homeschooling, and similar… It’s the best book about this topic that I’ve read so far.
Read more
One person found this helpful
Helpful
Report abuse
See all reviews

RV
5.0 out of 5 stars Thought provoking
Reviewed in the United Kingdom on January 22, 2019
Verified Purchase
Great little read.
Thought provoking and inspiring to anyone considering unschooling, home education or even debating about the current education system consumed by the masses.
Read more
Report abuse

Dolly Bantry
4.0 out of 5 stars Nice to dip in and out of
Reviewed in the United Kingdom on August 11, 2014
Verified Purchase
I'd already read a fair amount on unschooling before I ordered this book, and as other reviews have mentioned, it doesn't perhaps go into the level of detail that anyone familiar with the subject might require. However, I think it's a great summary for anyone new to it, and more than that, it's a very readable reminder of all those things that are too easily forgotten in the face of the onslaught of objections and criticism from the pro-compulsory education sorts.
Read more
3 people found this helpful
Report abuse

Roni Coggins
3.0 out of 5 stars Interesting
Reviewed in the United Kingdom on July 27, 2018
Verified Purchase
Interesting but more use for USA quite hard core found it a bit dated very philosophical
Read more
Report abuse

LJ Beccacci
3.0 out of 5 stars Meh, not blown away
Reviewed in the United Kingdom on September 20, 2018
Verified Purchase
Not blown away by the book. Didn’t really learn anything I didn’t already know.
Read more
Report abuse

Sylvia
4.0 out of 5 stars Good information
Reviewed in Spain on November 2, 2021
Verified Purchase
I found it a bit hard to understand at time but that’s because I’m not a native English speaker. However, that doesn’t lower the standard of the book and its valuable insightful information. I can definitely recommend reading it and hope that many people will so that the educational system will change for the better.
Read more
Report abuse
See all reviews