Reserved for Murder: A Booklover's B&B Mystery and millions of other books are available for Amazon Kindle. Learn more
Share <Embed> 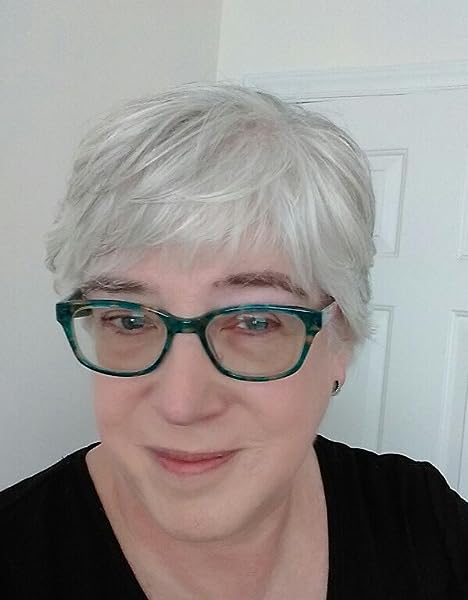 by Victoria Gilbert (Author)
4.3 out of 5 stars 93 ratings
Book 2 of 2: A Book Lover's B&B Mystery
See all formats and editions
Sorry, there was a problem loading this page. Try again.
Read more Read less
Previous page
Next page

“Plenty of mysterious circumstances and quirky characters are spiced with a romance that hints at future complications.”
—Kirkus Reviews

“Plenty of background on books and publishing combine with the agreeable small-town ambiance and the sultry southern setting to frame with satisfying cozy.”
—Booklist

“A true master of the 'whodunnit' style of mystery . . . The stuff of which successful Hallmark Channel TV movies are made.”
—Midwest Book Review

"Reserved For Murder moves at a steady pace and is an excellent choice for a beach read or an airplane ride.”
—Mystery and Suspense Magazine

“All of the hallmarks of a cozy.”
—Booklist

“A true master of the genre.”
—Midwest Book Review

"I can't wait for the next in the series."
—Laura DiSilverio, bestselling and award-winning author

Victoria Gilbert, raised in the shadow of the Blue Ridge Mountains, turned her early obsession with reading into a dual career as an author and librarian. Victoria has worked as a reference librarian, research librarian, and library director. When not writing or reading, she likes to spend her time watching films, gardening, or traveling. She is a member of Sisters in Crime and International Thriller Writers and lives in North Carolina.
Start reading Reserved for Murder on your Kindle in under a minute.

4.3 out of 5 stars
4.3 out of 5
93 global ratings
How are ratings calculated?
To calculate the overall star rating and percentage breakdown by star, we don’t use a simple average. Instead, our system considers things like how recent a review is and if the reviewer bought the item on Amazon. It also analyzes reviews to verify trustworthiness.

WelshDragon
5.0 out of 5 stars Watch out for the match makers!
Reviewed in the United States on June 17, 2021
Verified Purchase
I loved this story and enjoyed the plot as well as the main characters. The characters both protags and antags are very believable and the story flows well and the plot is easily followed, despite the twist and turns of a good story. I highly recommend this series, as well as this book.
Read more
One person found this helpful
Helpful
Report abuse

Kindle Customer
5.0 out of 5 stars Reserved for murder
Reviewed in the United States on July 27, 2021
Verified Purchase
I really enjoyed this book! Great characters. Not quite the usual B & B mystery. You won’t know immediately who the killer is.
Read more
Helpful
Report abuse

BJK
5.0 out of 5 stars To Trust Or Not To Trust
Reviewed in the United States on June 22, 2021
Verified Purchase
I enjoyed the Guessing Game Which Victoria Gilbert is Good At.
Read more
Helpful
Report abuse

Kris Anderson, The Avid Reader
TOP 1000 REVIEWERVINE VOICE
3.0 out of 5 stars Second book in A Book Lover's B&B Mystery series
Reviewed in the United States on June 9, 2021
Reserved for Murder by Victoria Gilbert is the 2nd book in A Book Lover’s B & Mystery series. It can be read as a standalone if you have not had the time to delve into Booked for Death. However, you would understand more about Isabella, Charlotte’s aunt who left her the house, if you read Booked for Death. I thought Reserved for Murder was well-written with good characters. I like that we get to know a little more Charlotte Reed and her aunt. Charlotte is a retired schoolteacher who now runs a literary themed bed and breakfast called Chapter’s. Each room features a different genre of books (romance and mystery for example). I love the descriptions of Chapter’s. I would love to own this home filled with books. In Reserved for Murder a bestselling author is coming to stay along with three fans who won a contest. There will be a special event as well. Unfortunately, one of the fans who is also president of the author’s fan club ends up dead. Charlotte, of course, is going to investigate. There are several suspects in this whodunit along with misdirection to keep readers off the trail of the real killer. I did find it a cinch to identify the guilty party. I can also guess the why based on the details provided. I like putting together the various pieces and arriving at the conclusion (like putting together a puzzle). The more I read, the more my suspicions were confirmed. There is a subplot involving Charlotte’s neighbor and her guest, Gavin. Personally, I do not feel the spy element adds anything to the story. It did not go with the rest of the book. There is, though, sparks between Gavin and Charlotte. There is a significant amount of dialogue in this story as they discuss the mystery and other events. I could have done with less talking and more action. I enjoyed Booked for Death more than I did Reserved for Murder. I thought this story moved along at a slower pace which is courtesy of the dialogue. I like that we get a glimpse into the world of publishing and fanfiction. Charlotte has a great circle of friends. They are a friendly bunch who are there for each other. Reserved for Murder is a literary cozy mystery with a weary writer, a frustrating fan, a circumspect spy, a mystifying murder, suspicious suspects, and an inquisitive inn owner.

*I voluntarily read an advanced copy of this book. I am not required to leave a review. The comments and opinions expressed are strictly my own.

Mama Cat
5.0 out of 5 stars Murder of a Fangirl
Reviewed in the United States on June 8, 2021
This mystery is second in what is fast becoming another of my favorite “bookish” series. Included is a charming, Southern B & B with a fabulous library that offers literary events. The protagonist and her friends are three-dimensional folks that I enjoyed getting to know better, and the mysteries have just enough twists and turns to keep me entertained. It is written with excellence, and the characters are best defined through their realistic conversations and actions.

Charlotte was an English teacher before inheriting Great-Aunt Isabella’s B & B, Chapters. A forty-something widow, she could start over after the loss of her beloved firefighter husband. A murder took place at one of the literary events after she began to manage Chapters. She worked hard to find whodunit with the help and encouragement of Ellen, her next-door neighbor and friend of Isabella.

Ellen has secrets that Charlotte wishes the sweet lady hadn’t told her. Some of those secrets concern work that she and Isabella had done in their younger years. Ellen has a houseguest this week who she introduces as Gavin, the son of her cousin. When he starts paying too much attention to Chapters and two of their elderly neighbors, it seems that visiting family is not why Gavin is in town.

The highlight of the week is Chapters’s special event. The famous romantic adventure novelist Amanda Nobel, her publicist Tony, and three fans who won the prize of spending a week with her are at Chapters. Amanda has published twelve of the time travel novels of a swashbuckling pirate that now has a TV series. Her stay has been kept under wraps so she can take a break from her book tour.

The day after the only public event, Lisette, head of one of Amanda’s top fan clubs and author of many fan fiction stories using Amanda’s characters is found dead in the water (literally) near the docks. It looks like she was murdered. Other than her abrasive personality and her stalker ex-husband, a reason for her murder is not evident.

Charlotte and Ellen were invaluable help to Detective Johnson last year. They told her anything they overheard from guests, and she asks them to do so again. After all, one of fans, the author, and her publicist have a week left at Chapters, one of whom could be a killer. The more they learn, however, the more suspects they find. Charlotte is braver – or maybe rasher – than I am! I didn’t get why she showed her hand when talking to a couple people. I’m not sure I could confront someone I thought was a killer as if they were a recalcitrant high school student. It worked for her, thankfully, and she and Ellen remain my favorite characters.

This is an excellent cozy that invited me in on the first page, and I very much enjoyed it! Chapters, Isabella’s wonderful library, and her friends are such a great setting I would love to visit. There were a couple red herrings, then one tiny clue that helped show me the real whodunit despite almost overwhelming motives for others. No loose ends were left, and the end was very satisfying. I highly recommend this to those who appreciate well-written cozy mysteries, Southern hospitality, B and B’s and book centered events.

From a thankful heart: I received an eARC of this novel from the publisher and NetGalley, and this is my review.

April Murray
5.0 out of 5 stars Excellent read
Reviewed in Canada on June 19, 2021
Verified Purchase
The story line in the second book is really good. I have a hard time putting it down because its so enthralling.
Highly recommend this series.