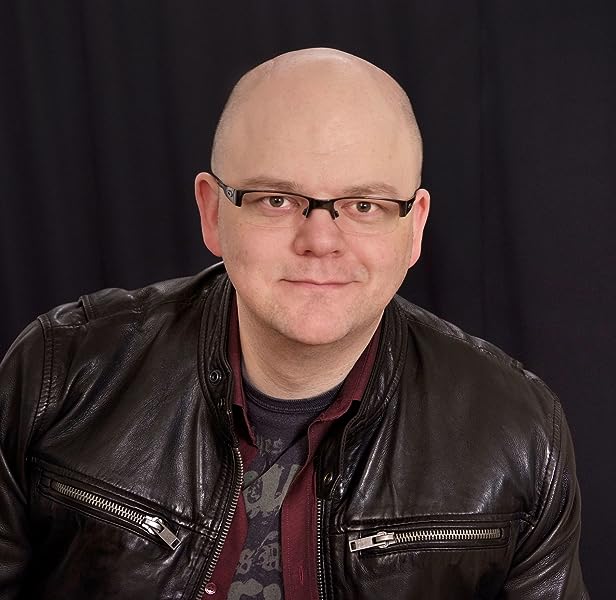 by Richard Mosses (Author)
4.3 out of 5 stars 8 ratings
See all formats and editions
Sorry, there was a problem loading this page. Try again.

Nik Munro has the same nightmare every night. Refusing to listen, he carries on until Corbie - the crow of thorns - tells him the Great Spirits have chosen him to become a shaman.

Taking him through his first steps to fulfill his destiny, Nik has to journey to the Underworld and retrieve his soul. Trying to balance his old and new lives, Nik soon understands that Corbie has a hidden agenda that comes with a heavy price.

Can Nik prevail in a game against powers beyond his comprehension?

Richard Mosses has been telling stories most of his life. This is one of them.

Richard was born on a small island off the coast of Europe and went to live on a bigger island, and has spent time living on the island of Ireland. He grew up under Mutually Assured Destruction, and was haunted by the Spirit of Dark and Lonely Water. From scripting zombie films for the kids in the village he grew up in, to Storytelling at National and International levels in The Camarilla LARP society, he's tried his hand at most forms of telling tales.

Since the Noughties, Richard's stories have appeared in literary magazines and genre anthologies, exploring history and belief from Gnostic heresies to punk magic. His novels cover similar territory in the strange nexus of angels, cryptography, magic, and espionage.

Kathy Floyd
5.0 out of 5 stars It isn't easy becoming a shaman.
Reviewed in the United States 🇺🇸 on March 28, 2019
Verified Purchase
This was a very interesting book. I wasn't sure I was going to like it at first, but then I got so immersed, I couldn't go to sleep at night. I was afraid Nik wasn't going to wake up from one of his shaman sleep walks to the upper and/or lower worlds or somewhere inbetween and freeze to death here in the living world. He meets so many interesting characters and sees such beautiful and strange places, you feel as though you are there with him!
Read more
2 people found this helpful
Helpful
Report abuse

Jack V. Johnson
5.0 out of 5 stars Traditional shamanism in a too-plausible near-future setting
Reviewed in the United States 🇺🇸 on May 1, 2019
Verified Purchase
Nik Munro gets press-ganged into shamanism in a too-plausible, post-financial-crash near-future / alternate world. The author paints a spare but compelling vision of the consequences of the crash, and also of the consequences of Nik's shamanic calling on his life. The shamanism involved reflects the Siberian tradition rather than either Native American or New Age practices, which is uncommon and refreshing.

Altogether well done - I hope we see more of Nik!

Kindle Customer
5.0 out of 5 stars AWESOME
Reviewed in the United States 🇺🇸 on November 14, 2019
Verified Purchase
I really hope we'll read more of this character's adventures in the future. A real page-Turner Mr. Mosses, I hope you'll favor us with another very soon!
Read more
Helpful
Report abuse
See all reviews

Lisa A. Obrien
1.0 out of 5 stars Save Your Money
Reviewed in the United Kingdom 🇬🇧 on July 1, 2019
Verified Purchase
Mine is in the rubbish bin for recycle. They are requesting a star rating, but if it were up to me 0 stars is the rating I would give.
Read more
One person found this helpful
Report abuse
See all reviews