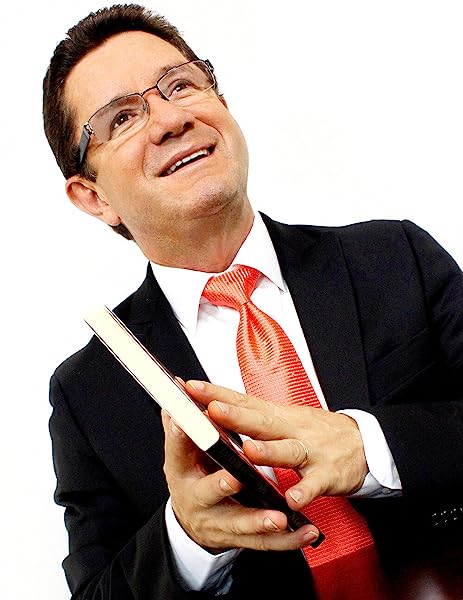 Spanish Edition by Dr. Camilo Cruz (Author)
4.7 out of 5 stars 13 ratings
See all formats and editions
Sorry, there was a problem loading this page. Try again.

Small Business
This product is from a small business brand. Support small. Learn more
Dr. Camilo Cruz, a famous speaker for inspirational topics, creates an extremely helpful tool for those that need to speak in public. An easy guide to acquire confidence and be influential when conducting a seminar or conference. Techniques that have proven to be effective as reported by company executives from Goodyear, AT&T, 3M, etc. A must for every sales professional.
Read more
Previous page
Next page

Dr. Camilo Cruz, an award-winning and international best-selling author of more than 30 books, is the one of the most prolific Latino authors in the United States, and a sought-after speaker in the areas of personal and professional development, business excellence and leadership. He is widely regarded in the Latin American corporate arena and the U.S. Hispanic market as one of the most influential speakers in the fields of peak performance, personal and organizational success. His enthusiasm, sense of humor, and refreshing perspectives on "what it takes to succeed" have delighted and enlightened audiences in the United States, Europe, Asia and Latin America.

As he writes in his book, In Search of the American Dream - A Guide to Succeeding in the United States, Camilo arrived in the U. S. in 1980, with no knowledge of the language, and with no more credentials than a high school diploma, less than two hundred dollars and a bag full of dreams. The oldest son of school teachers from a modest home in Latin America, he came to the U.S. in search of his American Dream; made it come true and now teaches others how to make their dreams a reality. His accomplishments are a great example of the entrepreneurial spirit that he shares in his presentations. He earned his M.S. in Chemistry and his Ph.D. in Science from Seton Hall University, and he is a graduate of Harvard Business School's program on Corporate Governance.

Dr. Cruz is an international best-selling author of thirty books and audio books, with sales of more than two million copies. His book "Once Upon a Cow" received the Latino Book Award for Best Self-Help Book in Spanish and has been translated to twelve languages. Through in-house workshops attended by a couple of hundred people to life-changing events for 15,000 people, Dr. Cruz has counseled people from every walk of life, from "Fortune 500" executives to educators, entrepreneurs, students, community and business leaders.

Dr. Camilo Cruz has been a professor of Quantum Physics, Thermodynamics and Chemistry and Mathematics at several universities in the U.S. He earned his M.S. in Chemistry and his Ph.D. in Science from Seton Hall University.

In spite of all of these accomplishments, when asked if he regards himself as an author, speaker, entrepreneur or academician, Dr. Cruz prefers to think of himself as both a coach and a cheerleader to those individuals that have accepted the challenge to become architects of their own destiny.

His passion for his work is only surpassed by his love for his family. He currently lives in South Florida with Shirley, his college sweetheart and wife of 20 years and his three children, Richard Alexander, Mark Anthony and Daniel Sebastian.