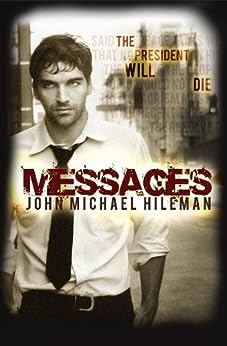 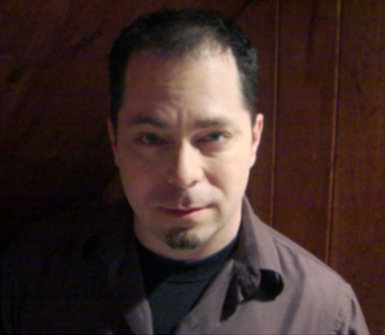 David Chance can see messages in the sea of words around him, messages that warn him of future events.

Words are everywhere-- on labels, magazines, sign posts, t-shirts-- everywhere. And as much as David Chance would like to hide from them, he can't. Words keep leaping off objects around him, forming messages in his mind. But how is this possible? Has his brain suddenly taken an evolutionary leap forward, or are the mysterious messages proof of divine intervention?

Driven to answer a question he'd long ago abandoned, and stalked by the killer he's trying to stop, David risks everything to follow the messages to a dirty bomb set to go off in the heart of Boston. But can he trust the author of the messages to protect him from a terrorist who seems to know his every move.

Next 3 for you in this series See full series
Total Price: $7.98
Books In This Series (3 Books)
Complete Series
David Chance Series
Kindle Edition
Page 1 of 1Start OverPage 1 of 1
Previous page
Next page

Regarding Suspense Mystery and Supernatural Thriller author John Michael Hileman: After serving in the U.S. Army, John Michael Hileman started a small 3D animation company. From there he was hired as production director for a television station, where he oversaw the production of three semi-national television programs. In his spare time, while being a faithful husband and father, he authored his first book, VRIN: ten mortal gods, which later placed in the top four of a national writing competition. Encouraged by this, John went on to write the #1 best selling supernatural thriller MESSAGES. He now has six bestsellers and another on the way. Books in order of release: VRIN, Messages, Unseen, Voices, Lies, The End Came With A Kiss.

Fictional Fan
3.0 out of 5 stars Good Idea but Poor Follow Through and Should be in Christian Fiction Section
Reviewed in the United States 🇺🇸 on January 26, 2013
Verified Purchase
Spoiler alert after the first paragraph of this review. This story had a promising storyline; a man sees hidden messages in everyday writings, but it failed to live up to the hype created by the on top Amazon reviews. There was a television show called, "Early Edition", in which the protagonist received tomorrow's paper today. Each day, he was thrust into some new mystery that required him to act to prevent something horrible from happening. It was a thoroughly enjoyable series that kept the mystery of who or what delivered the paper a mystery. This story began much the same way, but then it quickly changed from a science fiction mystery into Christian religious dogma.

David Chance starts seeing messages in plain sight that start innocently enough, but quickly change to put him in danger. One saves his life by telling him to stop his car. A car swerves around him and that car is rammed by an eighteen-wheeler that ran a red light. David is spared, but the other driver dies. Although the author never says so directly, the reader is led to believe it is God who is sending the messages to David. The sad thing is this is meant to comfort us by letting us know that God will help us if we have faith and blindly follow his messages however he chooses to share them with us. Unfortunately, it only shows that this version of God is more interested in saving the president's life by putting David Chance through hell on earth than stopping the eighteen-wheeler and saving the other driver's life and leaving the semi's driver with a mentally tortured existance.

Once the storyline emerges, it quickly degenerates into the traditional fanatical Christian stereotypical worldview: Christians are good when they're blindly faithful, middle easterners are evil and should not be trusted and bad things don't happen to good people, their family and friends. David and his friends are shot, tortured and betrayed but somehow emerge famous, engaged in marriage and inexplicably upbeat. To be fair, one of the middle easterners (referred to as Arabs in this story as if all middle easterners are of Arabian descent), turns out to be a good guy and the real protagonist is a white american.

As I said, the story started with a good premise, but I skipped paragraphs as David explored his faith and I finished the story only because I paid for it. Certainly many people will enjoy this story and be comforted by its message but I'm not one of them. I gave it three stars because it wasn't horrible, but it was very predictable and the stereotypes exploited throughout the story were gimmicky at best. Amazon should not let this story turn up in science fiction searches, but instead in Christian fiction searches. The worst thing is that since I bought it, my suggestions include the "Left Behind" series and other Christian fiction titles.

Dan Schnurbusch
4.0 out of 5 stars Enjoyable and suspenseful
Reviewed in the United States 🇺🇸 on January 8, 2016
Verified Purchase
Messages is the first book in a trilogy featuring David Chance, an average 30 something man working for a news station as an intern. He discovers that he has an unusual ability to discern messages that often appear wherever he encounters printed words such as street signs, posters, magazines, etc. These messages will warn him of impending dangers or direct him to perform some task which frequently seem ridiculous to him when they are given to him. The first book spends a great deal of time dealing with the discovery of David's ability and his reluctance to trust what the messages are telling him. The messages quickly lead him to the discovery of a terrorist plot and he becomes embroiled in attempting to thwart an assassination. The book begins quickly and the action, suspense, and intrigue are constant.

For those who remember the TV show "Early Edition" you will find that David Chance is much like the main character in that show, Gary Hobson. He is given a unique gift and, although he didn't ask for it, and often laments the trouble he gets into because of it, he still feels an obligation to use it. I really enjoyed the internal conflict David feels as he anguishes over each decision, finds himself in awkward situations due to the messages, but still feels compelled to follow them.

The series has a definite Christian outlook but does not hit you in the face with it. In fact, I believe an atheist would likely enjoy it since the source of the messages, while hinted at, is not explicitly revealed. The series is appropriate for younger audiences as there is no foul language or sex scenes (graphic or otherwise) to ruin an otherwise enjoyable story. My only disappointment was the fact that David was not actively involved in the final climactic scene. I felt he should have had a greater presence than he did since he was the focal point of the story. All in all it was a very enjoyable, satisfying read and I would (and have) recommend it to anyone who enjoys a fast moving, suspenseful story told from the perspective of an ordinary guy who has no real clue why he is involved.
Read more
One person found this helpful
Helpful
Report abuse
See all reviews

Larraine
4.0 out of 5 stars Twist and Turns
Reviewed in the United Kingdom 🇬🇧 on August 11, 2018
Verified Purchase
This book took a little while to get going but once it did it was really good. The way the author bought in the various twist and turns was good and also unexpected.
The main character David, I could completely understand his challenge on the area of trust, his vulnerability in the hand of God was so real, his inner struggle even though he knew he was being led. But trust is a learning process and the sooner we get there with God the better.
Read more
Report abuse

Joan Calder
2.0 out of 5 stars Italics
Reviewed in the United Kingdom 🇬🇧 on August 27, 2017
Verified Purchase
This writer uses far too many unnecessary italics which makes the story difficult to read. I can understand that the messages are in italics, but every paragraph has a word or words which has been italicised. This is very off putting and I found it hard to concentrate .
It was obvious from the start who the protagonist was. Not impressed. Sorry.
Read more
Report abuse

Amazon Customer
3.0 out of 5 stars Note - too many italics drive you mad!
Reviewed in the United Kingdom 🇬🇧 on March 5, 2021
Verified Purchase
Loved the concept more than the story and the overuse italics for thoughts, conversations and emphasis just got tiring after a while
Read more
Report abuse

Gecko129
3.0 out of 5 stars Great idea about receiving messages...
Reviewed in the United Kingdom 🇬🇧 on November 5, 2012
Verified Purchase
... but the whole God thing was just a little too overdone for me.
The writing is good and it has been very well edited, didn't spot any typos.
It's a good story, some nice twists... It's okay.
If you're one of these people that praaaaiiissse the Lord and enjoy a good mystery then this is your kinda book and you should download it immediately!
Read more
Report abuse
See all reviews