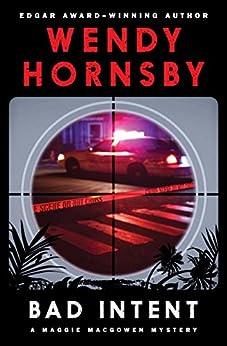 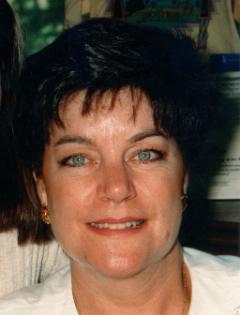 by Wendy Hornsby (Author) Format: Kindle Edition
Book 3 of 12: The Maggie MacGowen Mysteries
See all formats and editions
Sorry, there was a problem loading this page. Try again.
Maggie’s life is rocked by a mistake from her boyfriend’s pastAfter making progressive documentary films for decades, Maggie MacGowen did not expect to fall in love with a Los Angeles cop. But Mike Trent, whom she met while investigating her sister’s shooting, is no Los Angeles Police Department stereotype. Tall, with salt-and-pepper hair and a craggy Bogart face, he inspires her to uproot herself and her daughter from San Francisco and move down to L.A. It takes only a week for their new life to collapse. Fifteen years ago, Mike had just made detective. His first homicide investigation was high profile—an off-duty cop shot during a hold-up—and there was pressure to get results. Though he claims the conviction was clean, police methods of 1979 do not look good in the light of post-Rodney King L.A. As the district attorney comes down on him, Maggie must choose between defending her lover and confronting the fact that he may not be as kind as she thought.
Read more
Previous page
Next page

Next 3 for you in this series See full series
Total Price: $26.07
Books In This Series (12 Books)
Complete Series
The Maggie MacGowen Mysteries
Kindle Edition
Page 1 of 1Start OverPage 1 of 1
Previous page
Next page

“Strong, scary and real.” —The New York Times Book Review “In this compelling tale, issues personal and professional, good and bad, past and present all contaminate each other, leaving no character in a position to cast stones. Maggie . . . is a complex and highly likable heroine whose cases test and prove her mettle.” —Publishers Weekly “Hornsby captures her setting and characters well, writes with panache, and maintains suspense with a smooth hand.” —Library Journal

Wendy Hornsby (b. 1947) is the Edgar Award–winning creator of the Maggie MacGowen series. A native of Southern California, she became interested in writing at a young age and first found professional success in fourth grade, when an essay about summer camp won a local contest. Her first novel, No Harm, was published in 1987, but it wasn’t until 1992 that Hornsby introduced her most famous character: Maggie MacGowen, documentarian and amateur sleuth. Hornsby has written seven MacGowen novels, most recently The Paramour’s Daughter (2010), and the sprawling tales of murder and romance have won her widespread praise. For her closely observed depiction of the darker sides of Los Angeles, she is often compared to Raymond Chandler. Besides her novels, Hornsby has written dozens of short stories, some of which were collected in Nine Sons (2002). When she isn’t writing, she teaches ancient and medieval history at Long Beach City College.

Wendy Hornsby (1947 - ) is a native of Southern California, the setting for her nine mystery novels. Among the awards she has received for her work are the Edgar Allan Poe Award (the "Edgar") and its French equivalent le Grand Prix de litterature policiere, as well as nominations for the Anthony Award and the Prix Du Roman D'Adventures. While a NPR interviewer described the author as a "soft-spoken college professor," critics have described her work as "refreshing [and] real" (NY Times), "unusually poignant" (LA Times), and "powerful writing and... equally thought-provoking story" (Publisher's Weekly). The Cleveland Plain Dealer declared, "No mystery novelist since Raymond Chandler may have captured downtown Los Angeles as Hornsby does."

Hornsby lives in Long Beach CA, where she teaches history at a local college.

Ginny G
5.0 out of 5 stars Great series
Reviewed in the United States on March 27, 2014
Verified Purchase
I'm so glad that this series has been republished. The author draws you into her storyline with interesting convoluted
plots, likable characters, and an intelligent heroine who doesn't do stupid things. Start with the first in the series and you will be compelled to read them all.