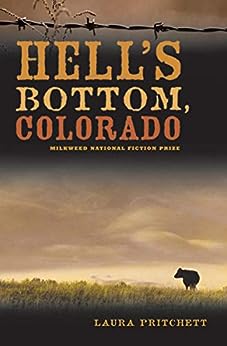 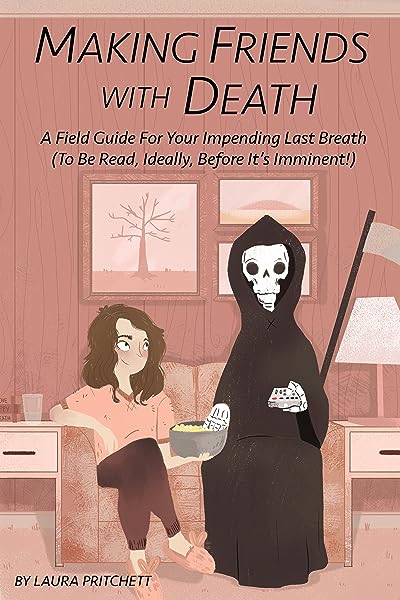 by Laura Pritchett (Author) Format: Kindle Edition
See all formats and editions
Sorry, there was a problem loading this page. Try again.
Winner of the PEN USA Award for Fiction. “An admirable, steely-eyed collection of stories and vignettes featuring a family of ranchers.”—Publishers Weekly

On Hell’s Bottom Ranch, a section of land below the Front Range, there are women like Renny who prefer a “little Hell swirled with their Heaven” and men like Ben, her husband, who’s “gotten used to smoothing over Renny’s excesses.” There is a daughter who maybe plays it too safe and a daughter plagued by only “half-wanting” what life has to offer. The ranch has been the site of births and deaths of both cattle and children, as well as moments of amazing harmony and clear vision.

“Set in the unpredictable West, these stories remind us that we cannot escape the messiness and obsessions of ordinary life.”—Patricia Henley, author of Hummingbird House

“With the rugged beauty of the Rocky Mountains as backdrop, Pritchett’s spare yet richly evocative stories portray the stark reality of life on a Colorado cattle ranch, where three generations of one family tend the land and animals, devoting and losing themselves to an existence few would understand or choose to follow . . . Regardless of whether the songs she hears are sung by a meadowlark or a jailbird, Pritchett excels at juxtaposing the sensuous with the severe, the rapturous with the repugnant.”—Booklist

“The stories jump back and forth in time, but their message is clear: this family’s ties are as quixotic, fierce, and enduring as the land that binds them together.”—School Library Journal
Read more
Previous page
Next page

Winner of the Milkweed National Fiction Prize, Pritchett's debut is an admirable, steely-eyed collection of stories and vignettes featuring a family of ranchers in mountain-shadowed Colorado. Pritchett, raised a rancher herself, writes beautifully about the hard work and casual cruelty of ranch life. Forest fires, stillborn animals, poverty, cold and violence: all play as significant a role in the shaping of these characters as their emotionally hardscrabble family life. The three family groups that form the collection's core are brought uneasily together by an act of violence: the murder by her own husband, Ray of Rachel, youngest daughter of stubborn matriarch Renny. Some of the finest writing is in the stories about Rachel's children, Billy and Jess: "A Fine White Dust" chillingly illustrates their relationship with Rachel's abusive husband, and in "Dry Roots," one of the most painful and evocative stories, Billy and Jess come upon a horribly mutilated calf the property of a vicious neighbor and must make the decision to end its suffering. Pritchett's emotional revelations are often painted with broad strokes, as when Ben and Anita, estranged brother and sister, agree "that devastation looks pretty damn good from afar." But just as often, the writing is redeemed by fierce tenderness: "The wheat is starting to turn, flashes of deep gold streaking through tall, waving green....I suspect most city-folk... don't realize that wheat grows up green and living and then it dies, and that's when it becomes useful." Fans of Annie Proulx's Close Range: Wyoming Stories and Jon Billman's When We Were Wolves should enjoy this visceral, accomplished collection.

"I’ve about had it with you hooligans," Jess sings out, mimicking my father. "I’m growing impatient with your childishness.’ Strands of blond hair lit by the sun shoot up from yesterday’s braids. She’s wearing blue shorts and red cowboy boots and there’s two slices of leg in between.
I wonder if she realizes how much I see. If anyone notices how I watch Dad and Jack laugh as they give up boxing and wave and whoop at the cows, how my mother stands in the corner preparing the syringes. How Billy, sitting quietly on the tailgate of the pickup, looks like he might be remembering who he is and what it’s like to smile.
I wonder if they see me, sitting on the cement rim of the stock tank, in shorts and sandals and a clipboard on my lap. Where I always sit, where I watch and keep the records with my pen. Straight columns, even and perfect. I am the record keeper."
from Hell’s Bottom, Colorado --This text refers to the paperback edition.

Adult/High School-A collection of well-crafted stories told by the members of a ranching family. Renny and Ben, after raising their two daughters, now live at opposite ends of the ranch, but miss the closeness they once shared. Carolyn, the elder daughter, is happily married, but just has to go to town because she knows an old beau has stopped there. Her daughter confronts her grandfather's hired man with a mixture of bravado and caution; son Jack takes his girl to Denver for an abortion, knowing they're too young to be parents, but determined to keep the pregnancy a secret. Rachel, Renny and Ben's younger daughter, is a battered wife who is eventually murdered by her husband. Their children, Billy and Jess, are adolescents struggling to find the courage to confront their cruel father. The stories jump back and forth in time, but their message is clear: this family's ties are as quixotic, fierce, and enduring as the land that binds them together. Teens will find this a moving portrait of the American West and what it takes to eke out a living from land that is as harsh as it is beautiful.

"Set in the unpredictable West, these stories remind us that we cannot escape the messiness and obsessions of ordinary life." -- Patricia Henley, author of --This text refers to the paperback edition.

With the rugged beauty of the Rocky Mountains as backdrop, Pritchett's spare yet richly evocative stories portray the stark reality of life on a Colorado cattle ranch, where three generations of one family tend the land and animals, devoting and losing themselves to an existence few would understand or choose to follow. Through love and loss, birth and death, marriage and separation, Hell's Bottom Ranch is a place of emotional extremes and complex dichotomies. Ultimately, it's also a place where simple beliefs create a world that can be as heavenly as it is harsh, as protective as it is predatory. Precisely drawn and fully developed, Pritchett's characters depict life in this diverse and dramatic environment through scenes that reveal both the beauty of the native landscape and the brutality of man's and beast's struggles to exist within it. Regardless of whether the songs she hears are sung by a meadowlark or a jailbird, Pritchett excels at juxtaposing the sensuous with the severe, the rapturous with the repugnant. Carol Haggas
Copyright © American Library Association. All rights reserved --This text refers to the paperback edition.

Laura Pritchett was reared in the shadow of Colorado’s Rocky Mountains and has recently returned to live with her family in Ft. Collins, Colorado. This is her first book. --This text refers to the paperback edition.
Read more

Laura Pritchett's newest book, Making Friends with Death: A Guide to Your Impending Last Breath, has just been released by VIVA Editions, 2017 -- more at www.makingfriendswithdeath.com.

Awards for these novels include the PEN USA Award, the Milkweed National Fiction Prize, the WILLA Award, the High Plains Book Award for Fiction, the Colorado Book Award, and others.

She is also the author/editor of four books of nonfiction: Great Colorado Bear Stories, Pulse of the River, Home Land, and Going Green: True Tales from Gleaners, Scavengers, and Dumpster Divers.

Pritchett has also published over 200 essays and short stories in numerous magazines, including The New York Times Modern Love, The Sun, O (Oprah’s) Magazine, Orion, High Country News, Writers on the Range, Salon, The Normal School, High Desert Journal, OnEarth, Natural Resources Journal, 5280 (Denver's Magazine), The Pinch, and others. Her work has been nominated for the Pushcart on several occasions. She is the recipient of several residencies, including Ucross (Wyoming), Earthskin (New Zealand), and Playa (Oregon), and has been recognized by several organizations for environmental stewardship.

She holds a Ph.D. from Purdue University. When not writing or teaching, she can generally be found outside in Colorado’s mountains.

jjob
5.0 out of 5 stars Miraculous
Reviewed in the United States on May 11, 2015
Verified Purchase
There is an incredible sense of place which give meaning to the story as much as the characters. She honestly shows and doesn't tell, writing with a power which develops characters that ring true as any modern writer. Pritchett understands the miraculous in the common and her understanding permeates the book.
Read more
One person found this helpful
Helpful
Report abuse

Alexandra Borgmann
4.0 out of 5 stars Stark and beautiful
Reviewed in the United States on February 23, 2013
Verified Purchase
I enjoyed this book immensely. I grew up in the same area as Ms. Pritchett so it was easy for me to visualize the settings for the stories. I enjoyed the format: not really short stories but disconnected chapters that all had tthe same family in common. I would have liked to know more about some of the characters and the book was too short!
Read more
Helpful
Report abuse

Wyoming Woodsman
5.0 out of 5 stars Five Stars
Reviewed in the United States on October 24, 2016
Verified Purchase
Other work by the same author is better.
Read more
Helpful
Report abuse

Billy Jones
5.0 out of 5 stars The West as It Acually Is
Reviewed in the United States on April 1, 2013
Verified Purchase
If you like Kent Haruf (I do), you'll love these stories. Ms. Pritchett knows and loves these characters, and so will you.
Read more
Helpful
Report abuse