You've subscribed to The Bulletproof Adventures of Damian Stockwell Series! We will preorder your items within 24 hours of when they become available. When new books are released, we'll charge your default payment method for the lowest price available during the pre-order period.
Update your device or payment method, cancel individual pre-orders or your subscription at
Your Memberships & Subscriptions
There was an error. We were unable to process your subscription due to an error. Please refresh and try again. 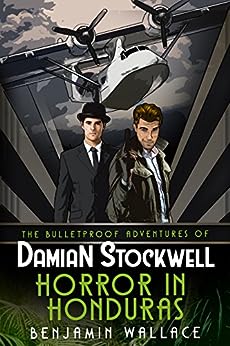 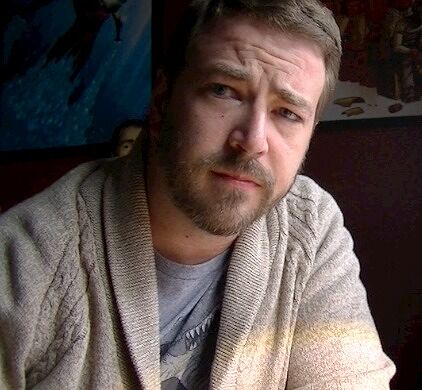 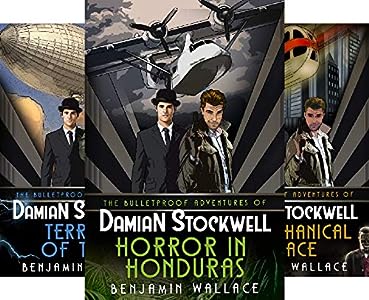 Praise for the Bulletproof Adventures of Damian Stockwell

"You won't be able to put it down." - Kindle reviewer

"Will put hair on your chest and make you want to punch a robot." - Kindle reviewer

"Simply Awesome. Even better if you know your pulps of yesteryear." - Kindle reviewer

"The first half of the 20th century can rest easy...Damian Stockwell's got it all under control. Dam, he's good!" - Kindle reviewer

"You may find yourself laughing out loud and/or snorting while reading this book. That's normal. Just make sure you aren't drinking any hot beverages at the time." - Kindle reviewer

"Damian Stockwell captures the pith and pulp of all the greatest cinematic heroes while layering in contemporary humor and full-blown action sequences." - Kindle reviewer

"Suspense, comedy, action, it has it all!" - Kindle reviewer

I've always enjoyed the old pulp heroes. Over-the-top adventures. Amazing gadgets. Crazed villains. Exotic locales. And so much "science." But, while I loved reading them, it always bothered me that the heroes were so perfect.

Enter Damian Stockwell. He's been called Indiana Jones meets the Tick and part Doc Savage, part Frank Drebin but he is all hero. He is a champion of good. He is a force for right. And he is more dependent on his loyal valet than he would ever admit.

The Bulletproof Adventures of Damian Stockwell have all the intrigue, adventure and action from the same time period as the old pulps, but Dam is far from perfect. Though he would hardly acknowledge that.

3.6 out of 5 stars
3.6 out of 5
48 global ratings
How are ratings calculated?
To calculate the overall star rating and percentage breakdown by star, we don’t use a simple average. Instead, our system considers things like how recent a review is and if the reviewer bought the item on Amazon. It also analyzes reviews to verify trustworthiness.
Top reviews

Danielle Young
4.0 out of 5 stars Adventure that delivers you to a world where anything can happen
Reviewed in the United States on May 10, 2013
Verified Purchase
Damian Stockwell is one of the richest men alive that also happens to be one of the most formidable minds and bodies in existence and one of his friends is in trouble; but before he can even make a plan to help, someone tries to kill him, using something that perplexes even Damian's genius mind. All he knows is that the strange device is the key to finding his missing friend and Damian will stop at nothing to help a friend in need.

I wasn't sure what to expect when I first picked up Horror in Honduras, but I was expecting humor as I have read other things by Benjamin Wallace and he never fails to deliver a laugh. And a laugh I got. Benjamin Wallace did not fail in delivering his usual humor and did a great job of bringing Damian Stockwell, the over the top, super genius to life.

I am a big fan of action and adventure in both my movies and books, these type of books are so easy to get lost in, as you imagine yourself as being one of the heroes in the tale. Though I am no super genius and no master fighter, I couldn't help but imagine myself in the tale of Damian Stockwell. Who wouldn't love to be a kick butt genius? I know I would.

Damian is one of those characters that despite being one of the richest men alive, a genius and force to be reckoned with, manages to stay a down-to-earth gentleman who is also a loyal and dedicated friend. In Horror in Honduras, Damian is fighting to save a friend who has gone missing in Central America, and he will put every resource he has attempting to save his life. Of course he get's the shock of a lifetime once he finds his friend and is forced to see things a little differently (I would tell you what that is, but then I would just give things away, and that wouldn't be fair). As you follow Damian in his adventure you also get to meet his loyal valet and sidekick Bertrand.

These two characters have a wonderful and natural relationship with each other, often times reminding me of brothers. They banter back and forth and the two of them are often found in the center of a great tale, fight, or humorous conversation.

There were times when I felt that the story was a little too over the top, but every time those thoughts crept into my mind Damian went into kick butt mode and my over the top thoughts fluttered away on wings of a bird. At first things seemed almost unbelievable, but as the tale unfolded I discovered as did Damian, that there was more to the story than met the eye. Damian is a bigger than life character, with bigger than life attributes, it is amazing that Benjamin Wallace managed to keep him contained in the book!

Horror in Honduras was a fun adventure that sweeps you away and delivers you to a world where anything is possible, especially if you are Damian Stockwell. If you are looking for that next great adventure tale or are a fan of Dirk Pitt, than you should definitely pick up Horror in Honduras and venture through the world of Damian Stockwell!
Read more
3 people found this helpful
Helpful
Report abuse

Clayton
5.0 out of 5 stars A Full-Throttle Bullet Train of Fun and Adventure
Reviewed in the United States on May 28, 2014
Verified Purchase
Horror in Honduras, the first installment of The Bulletproof Adventures of Damian Stockwell, is a blazingly fun adventure story that slides right into the vein of adventure/comedies like The Venture Bros. There's not a single page in this book that doesn't play out like a high-energy Hollywood blockbuster, and Wallace doesn't miss a trick when it comes to peppering the story with the perfect blend of laugh-out-loud and heavy-groaning humor.

The peril Damian faces in this book is unique and engrossing, and the various ways he manages to come out victorious against his would-be assassins are the product of an exceedingly creative mind. The fight scenes, of which there are many, are consistently fun and surprising.

The humor/action dichotemy is an incredibly difficult style to pull off, and Wallace pulls off their pairing nicely and with immensely enjoyable style. He's a talented writer and an enthralling storyteller, and I'm looking forward to reading more of Damian's Bulletproof Adventures.
Read more
One person found this helpful
Helpful
Report abuse

Jadd Miller
4.0 out of 5 stars The World Needs Damian Stockwell
Reviewed in the United States on May 7, 2015
Verified Purchase
Fun read. I have enjoyed the Post-Apocalyptic Nomadic Warrior series so I figured this would be clever, irreverent, and quick. Yep...check, check, and check. Damian Stockwell is no John Galt but then again Benjamin Wallace isn't Ayn Rand...both of which I am thankful! Tongue-firmly-in-cheek, Mr. Wallace takes us on a fast-paced journey with this paragon of a man, Damian Stockwell. Rich, handsome, adventurous, inventor of a litany of wonderful things, including his own martial art. Yep...he's THAT awesome! And he's on OUR side, folks! The first half of the 20th century can rest easy...Damian Stockwell's got it all under control. Dam, he's good! Fast read, fun but simple plot, spotted the bad-guy from his (or maybe it's a her!) introduction. Good value for the time and money. I've just started Terrors of Tesla and expect to enjoy it as much. I hope you enjoy Horror in Honduras, too!
Read more
Helpful
Report abuse

Justin Sylvia
3.0 out of 5 stars Maybe Not What You Might Hope It Is
Reviewed in the United States on February 15, 2019
Verified Purchase
I'd like to preface this by saying that even though I set this at a 3 Star rating, I'm more in the camp of a 3.5 rating. While the timeline of this book is of some interest to me, the one thing that does to a degree bug me & call me a "Snowflake" if u must, but I'm but the treatment of the butler who is supposed to be a friend/confidant of his. Overall, a decent start to the books I suppose.
Read more
Helpful
Report abuse

Douglas F. Marks
1.0 out of 5 stars Meh
Reviewed in the United States on December 23, 2019
Verified Purchase
I've enjoyed other books by this author, but figuratively threw this one away. Hero and villains too pat.
Read more
Helpful
Report abuse

Amazon Customer
1.0 out of 5 stars Not my favorite
Reviewed in the United States on July 1, 2017
Verified Purchase
As much as I loved the Nomadic Warrior series, I hated this book just as much. The protagonist isn't likeable, the plot is super predictable and there really isn't a whole lot of story. Skip this one and stick with the Librarian and the Nomadic Warrior Duck and Cover books.
Read more
One person found this helpful
Helpful
Report abuse

Fred
3.0 out of 5 stars Bulletproof Adventures
Reviewed in the United States on July 1, 2018
Verified Purchase
This like the old 30's pulp fiction series. I ordered this to relive some of the series that I read as a kid. A great deal of action with some historical details. I'm not sure if I will order the rest of the series.
Read more
Helpful
Report abuse
See all reviews