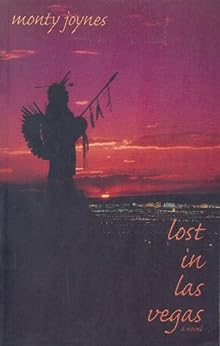 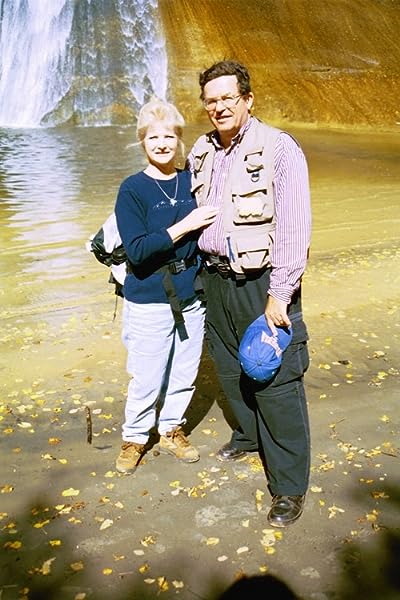 by Monty Joynes (Author) Format: Kindle Edition
See all formats and editions
Sorry, there was a problem loading this page. Try again.
White Wing, the future spiritual leader of a diminishing Pueblo tribe, is one of the best ritual dancers. He dances with such dignity and skill that he transcends this world like a sacred eagle, filled with grace and light. Lured by the excesses of modern society he uses his power of dancing for monetary gain rather than to fulfill the spiritual needs of his tribe.

Winn Conover, who first appeared in the novel Naked Into the Night, and now called “Anglo” by his adopted tribe, is called upon by the tribe’s elders to rescue White Wing from Las Vegas. Fulfilling ancient Native prophecy that white people will join forces with and help save Native spirituality, Anglo enters the hedonistic world to retrieve and guide, a lost and sacred son. Ultimately Lost In Las Vegas is a shared vision quest that reveals the path home, not only for White Wing and Anglo, but for all of us.
Read more
Previous page
Next page

I began adventuring at the age of sixteen when I sailed out of my home port of Norfolk, Virginia as the third cook on a Norwegian coal freighter. Later, at the University of Virginia, I financed my degree as a folk-singing troubadour and then spent eighteen months in Europe as a poet and filmmaker before being drafted into the Vietnam War era Army where I served with the 91st Evacuation Hospital and witnessed the casualties of war.

In a journalistic career, I founded a city magazine, was the associate publisher of a national one, and then wrote a series of guidebooks that made me one of the most published travel writers and restaurant critics in the USA. During those years I also founded a World Affairs Council and became the aide to ambassador-level dignitaries in cooperation with the US State Department and the Secret Service.

By 1984 I had written my first two of what became 20 novels by 2010. I also wrote and published non-fiction books including making-of-the-movie large format books and a long biography of two subjects. I've also written seven screenplays adapted from my own novels and books by other authors, and classical music libretti for a commissioned oratorio and two full operas adapted from two of my novels.

In all, I have authored over 50 major works, much of it unseen by publishers. Perhaps I have been guilty of rushing too quickly from one adventure to the next without regard for the commercial potential of what I had previously produced. For this I apologize to my ex-wife, my current wife of nearly thirty years, and our combined three daughters who were an adventure in themselves. Nevertheless, now you the reader get the benefits of my lifetime of creative adventuring as the new age of electronic book publishing allows these orphaned manuscripts to appear.

I have written in many genres and never allowed my literary craft to lapse into formula. What I offer my readers are characters and stories that have fascinated me to the point of creative obsession. If I am nothing else, I am an acknowledged storyteller. If you do not both laugh and cry in the reading of my books, I am not worthy of my calling. But dear reader, please know that I have dedicated my entire life to your review.

Victor E. Smith
5.0 out of 5 stars Visionary Fiction at its best
Reviewed in the United States on July 15, 2014
The second of the four volumes of the Booker Series, Lost in Las Vegas continues the eponymous Booker Jones’s saga of personal growth in consciousness from affluent Anglo (WASP) businessman with all the appropriate prejudices to a fully integrated human being with a much broader worldview. This transformation is catalyzed by Booker’s immersion into the Native American traditions into which he is initiated by the few remaining practicing priests of a Pueblo tribe near Santa Fe in New Mexico. In this volume, Booker, now called Anglo, is trusted enough by the tribal elders to be tasked to go to Las Vegas to recover an endowed tribal dancer from his prodigal life as a Las Vegas showman and return him to his true destiny as a Pueblo leader. The dramatic description of the Vision Quest at the story’s climax is worth the whole price of admission.
Coupled with a believable story and mastery in telling it, Lost in Las Vegas is an excellent example of the now-resurgent Visionary Fiction genre as delivered by one of its early pioneers. And a very good read.
Read more
Helpful
Report abuse

Dr. Scott Rogers
5.0 out of 5 stars Great find!
Reviewed in the United States on July 2, 2000
This is the second book in Monty Joynes' series about Anglo (aka Booker Washington), a white man who has meandered his way into the spiritual center of a contracting Pueblo Indian community.
I discovered LOST IN LAS VEGAS after stumbling across the initial work, NAKED INTO THE NIGHT, in my local college library. I was quite impressed, all the more so because I discovered half way through reading it that the author lived in my relatively obscure mountain town! I found him in the phone directory, gave him a call, and after a half-hour conversation, immediately went out and bought the other two books. I was not disappointed!
LOST IN LAS VEGAS takes Anglo, who has by now earned a place of controversial respect among elders of his adopted Pueblo tribe, on the onerous task of retrieving a lost young Indian leader who is squandering his special dancing talents in the irreverent casinos of Nevada's gambling capitol. With characteristic sangfroid and guileless generosity, Anglo eventually wins the trust of the cynical dancer and even the high class prostitutes who control him. Anglo assists Dancer on an extraordinary vision quest in the desert outside Las Vegas, which realigns the young man with his Native roots. While the outcome is predictable, the journey is uplifting and often spellbinding. This is my favorite of the three works published so far.
All the books in Monty Joynes' series belong in the category of what might be called spiritual or allegorical fiction. Although the stories are obviously imaginary, they evoke perennial truths and awaken an intuitive sense of the sublime. I am really surprised these works have not received greater popular acclaim. I found them much better written, more profound and believably realistic than such recent bestsellers as CELESTINE PROPHESY and CONVERSATIONS WITH GOD. Perhaps they'll be the sleepers of the year.
Read more
2 people found this helpful
Helpful
Report abuse
See all reviews
Back to top
Get to Know Us
Make Money with Us
Amazon Payment Products
Let Us Help You
EnglishChoose a language for shopping. United StatesChoose a country/region for shopping.
© 1996-2022, Amazon.com, Inc. or its affiliates