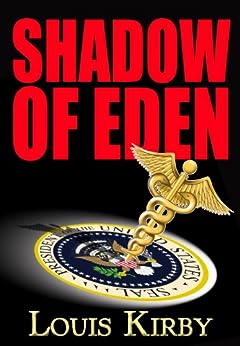 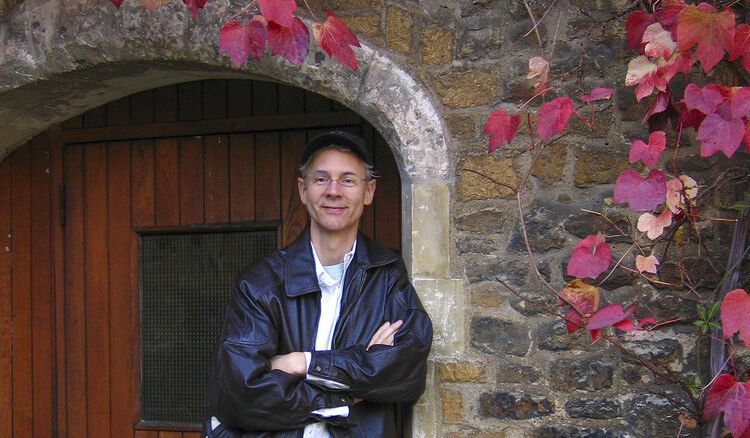 Critical praise for this best selling medical and political thriller From William Gartner, author of Biotoxin.
Gripping from page one, Shadow of Eden is that perfect blend of Michael Crichton science and David Baldacci politics that keeps you up late at night compulsively turning to that next page. Brilliantly imagined and flawlessly paced, Dr. Kirby's story leaves you thinking long after you've closed the book. Smart and exciting like a thriller should be.  From Seeley James author of The Geneva Decision
If you like thrillers from authors like A.G. Riddle, Michael Crichton, or Kathy Reichs, you're going to love Louis Kirby. But don't start the book anywhere near bedtime, the first seven chapters won't let you go; and the rest will keep you awake until the end. Shadow of Eden weaves a fascinating story that will fill you with page-turning anxiety and keep you engaged for hours. The bottom line: Shadow of Eden is a chilling, prophetic thriller and a terrific début that will keep you up late with exciting action and unexpected twists. From Alan Wanderer author of AnaphylaxisSHADOW OF EDEN will capture your total attention once you start it. You will be constantly on the edge by the disturbing theme of malicious intent by a pharmaceutical company, such as the opening scene of a pilot gone mad and the progression to a potential war between China and the U.S.A. Dr. Kirby has written a thriller that has a believable medical theme with worldwide implications comparable to that of  Dan Brown's INFERNO. Both take you through pathways of suspense knowing world health is threatened. As a novelist of a medical thriller, I believe this should end up on the screen.

More praise for this Amazon Bestselling medical and political thriller

"Great read along the lines of the masters like Clive Cussler and David Baldacci." Luis Enrique

"I could NOT put this book down! It was fast-paced and suspenseful. A pill for weight loss called Eden, a possible international incident with China, corporate greed, and an ordinary doctor flung into the middle of it all. You won't regret reading this book. It is one of the best of this genre I've read in a long time!!" Barbara Furlich

"Outstanding read that I could not put down until complete. The book evokes Mayday by Nelson DeMille except with a twist. If you like Michael Connelley and Nelson DeMille, you will like this one too." S Channen

Louis Kirby, MD has specialized in research and treatment of neurodegenerative diseases, chiefly Alzheimer's and Parkinson's disease, during his professional career as a neurologist. Dr. Kirby served as principal investigator on nearly 400 human clinical trials. He has given presentations at national and international conferences on drug development and consulted for the government and the pharmaceutical industry.
Throughout his life he has always been drawn to writing. While in medical school he published several stories, one landing him in hot water with the Dean of Medicine. In his free time, he hikes around his adopted state of Arizona including the Grand Canyon, bikes, writes medical and political thrillers, and take photographs. He is married to the woman of his dreams and has a beautiful teenage daughter.
Read more

4.6 out of 5 stars
4.6 out of 5
259 global ratings
How are ratings calculated?
To calculate the overall star rating and percentage breakdown by star, we don’t use a simple average. Instead, our system considers things like how recent a review is and if the reviewer bought the item on Amazon. It also analyzes reviews to verify trustworthiness.

rae-ireland
5.0 out of 5 stars Shadow of Eden
Reviewed in the United States on August 23, 2013
Verified Purchase
Shadow of Eden reads like a brilliantly executed slice of cinema intrigue, with a sequel sure to follow in its wake. It is a rat-a-tat triangulated tale of medical murder, corporate greed, political complexity, and international intrigue, woven seamlessly around Dr. Steve James -- an everyday-kind-of-guy who unwittingly finds himself smack in the middle of a drug killing-field called Eden, a drug that he has prescribed to many of his patients, a drug that has sent its consumers into terrifying fits of insanity before their demise, a drug that has amassed billions for Trident Pharmaceuticals and CEO Victor Morloch. The current financial prospectus looks good regarding the next evolution of Eden until dead patients start piling up. Enter ex-FBI hired assassins who quickly work to eliminate key researchers who are beginning to ask questions, and put Dr. James on the run for his life. How possible might it be for the President of the United States to be taking this drug? Very. How critical a situation? Extremely, with the President's cabinet and the power players of the Senate burning the midnight oil to avert an unmitigated US/China disaster as the President mumbles to himself incoherently, disconnected with reality.

Kirby has created a suspenseful thriller, populated with a cast of highly believable characters operating in extraordinary circumstances. The action scenes are heart pumping, and the nerve-racking countdown to a possible nuclear war with China a nail-biter. I read through the night on this one; something I rarely do.

This is a tour de force gripping read, which clearly demonstrates Louis Kirby is a gifted storyteller who has crafted a smart thriller of ingenious composition, populated with unforgettable characters. Indeed, the key players tend to lie about one's mind long after the book has been finished and put away. Kirby should well consider himself on the path to a second career.

Book Addict
5.0 out of 5 stars Made me a fan of medical thriller/suspense novels
Reviewed in the United States on January 2, 2014
Verified Purchase
Shadow of Eden by Louis Kirby, M.D. is a thriller of a book, but it's so much more than that.

The different levels run the gambit from our society's obsession with thinness at any cost to the sway of power and money with an even higher price tag.

I usually don't read this type of action-packed, plot driven novel. However, after finishing Shadow of Eden in two days because I couldn’t leave it alone, I wonder why I’ve put limits on my reading list. As usually happens, when I step out of my reading pigeonhole, surprising things happen.

At first, the number of characters and the changing names with each new chapter caused some confusion. However, as the layers of the story began to coalesce, I forgot about trying to keep all the names straight and went for the enjoyment of losing myself in the story. While the characters and their traits are important to the story, they aren’t as important as the speeding plot heading for a collision with the climax of the story.

I like the short chapters, too. This technique allows the plot to move forward quickly, and I didn’t have much of a chance to wonder if I knew who everyone was or if I was enjoying the genre or not. Who can stop to analyze when the novel’s train has already left the station and sped around the corner? That's a good thing for me when I read. As a writer myself, I spend far too much time taking apart the guts of what I'm reading. When I stop doing that and allow myself to be transported into a story, then I know the author has done what all good writing should do. Good writing gives the reader the opportunity to forget they're reading. Good writing transports the reader into the cockpit of a jet, even though the reader has never been inside of one. Good writing transcends believability because no matter what comes next, the reader has become lost in the setting and conflicts and plot. Dr. Kirby’s writing falls into this category.

Dr. Kirby delved into subject matter that required a tremendous amount of research. His standing as a respected neurologist and founder of a facility specializing in human drug testing gave him very specific knowledge of the body and its reaction to foreign substances; his knowledge of jets, government infrastructure, and corporation duplicity shines through in this novel for a fast read and a vast amount of tracks to explore.

I’m a fan of both Dr. Kirby and the action-packed thriller after reading Shadow of Eden.

Seeley James
5.0 out of 5 stars Definition of thriller! What a great debut
Reviewed in the United States on October 22, 2013
Verified Purchase
If you like techno-thrillers from authors like A.G. Riddle, Michael Crichton, or Kathy Reichs, you're going to love Louis Kirby. But don't start the book anywhere near bedtime, the first seven chapters won't let you go; and the rest will keep you awake until the end.

It's not often you find a neurologist who can speak English to regular folks without making you run away. Rarer still, is the doctor who can turn a career of studying neurodegenerative diseases (Alzheimer's, Parkinson's, etc) into an understandable story. But Dr. Kirby is far better than his peers.

Shadow of Eden weaves a fascinating story that will fill you with page-turning anxiety and keep you engaged for hours.

From the opening scene in which an airliner plummets to the earth, through the death-defying car chase, to the final foot race through Washington, DC, you will be cheering your hero's drive to expose an evil pharmaceutical kingpin and save the country from an unwinnable war.

The bottom line: Shadow of Eden is a chilling, prophetic thriller and a terrific début that will keep you up late with exciting action and unexpected twists.

Janine
4.0 out of 5 stars Gripping
Reviewed in the United Kingdom on August 17, 2015
Verified Purchase
Possible goes a bit over the top in some of the details of both flying a plane and conditions of the brain but a good, exciting read that never loses pace. If it was a film the hero would be Tom Cruise and a very good film it would be.
Read more
Report abuse

S
5.0 out of 5 stars Exceptional!
Reviewed in the United Kingdom on September 6, 2013
Verified Purchase
Great book and a fantastic medical thriller full of action. It kept me awake for nights -- you will not want to put the book down! Looking forward to the second part!
Read more
3 people found this helpful
Report abuse
See all reviews
Back to top
Get to Know Us
Make Money with Us
Amazon Payment Products
Let Us Help You
EnglishChoose a language for shopping. United StatesChoose a country/region for shopping.
© 1996-2021, Amazon.com, Inc. or its affiliates