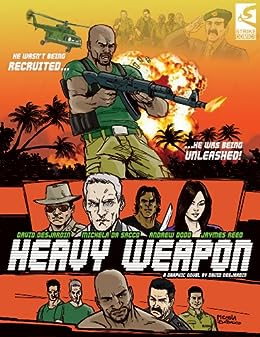 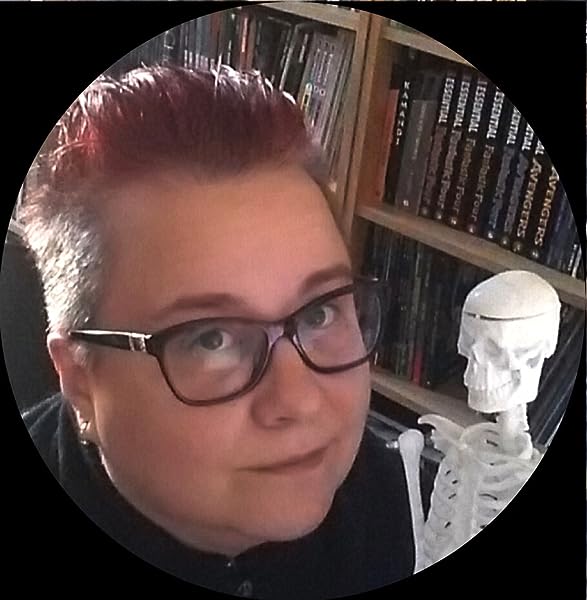 Heavy Weapon will blow you away with explosions, machine guns, muscles, one-liners, and more 80's action movie cultural nods than you can shake a grenade at!

For nearly a decade, Sergeant John Magnum was the lead member of an elite Special Forces group. After his entire battalion was massacred in front of him during the final years of the Vietnam War, he became consumed with guilt over their deaths, and decided to leave the military for good. He just wanted to live a normal life and forget his violent past...

...But now, 10 years later, his former Commanding Officer, Colonel Deckard, has tracked him down to inform him that a group of POWs that were captured during the war so many years ago have been found and are being used as slave labor for a drug cartel in South America.

Deckard asks Magnum to accompany him as a consultant on a Top Secret mission to rescue the POWs, but Magnum refuses - It's not his battle anymore.

Soon after, Magnum learns from his old Army buddy, Richter, that Deckard's team has not only failed their mission, but were captured, and are being tortured then killed one-by-one at the hands of the ruthless drug lord.

Magnum vows that he will exact his revenge on everyone in his path to rescue Deckard and the POWs from the clutches of their brutal captors... but will this one-man army be enough to make it out alive? 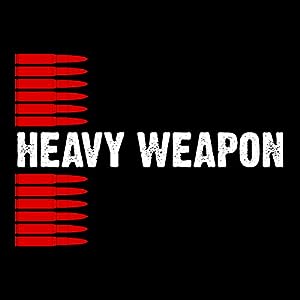 5.0 out of 5 stars
5 out of 5
12 global ratings
How customer reviews and ratings work

Ben Reilly
5.0 out of 5 stars 80s Action, Gore and Quips Beautifully Tailored to the Comic Format
Reviewed in the United States 🇺🇸 on January 17, 2014
Verified Purchase
Heavy Weapon is clearly a passion project that bleeds love for the genre off every page, but it's more than just 80s/90s nostalgia.

It's also a damn good comic.

Desjardin clearly understands how to make the medium work in service of the story he's telling. The standard publishing format is chopping stories into 22 page chunks and then packaging them as a 'trade paperback,' but Desjardin's 200 page model is a much closer approximation to the films he's inspired by. As a result, both the character moments and the action scenes have room to breathe, and there's not a wasted moment to be found.

The dialogue is razor sharp and the action scenes kick ass in a way that few comics achieve. I'll be honest, 99% of comic book action scenes fall miserably short of their potential, and rely more on spectacle than choreography. But the fight scenes in Heavy Weapon FLOW. The action is brutal and fluid and exciting.

A note for digital readers: I read this on my 8.9' Kindle Fire and it looked great. The only real problem I have with the Kindle reading experience is double-paged spreads, as they don't break them down panel by panel like comixology. But there was only one double-paged spread in Heavy Weapon that I recall, so it didn't slow down the experience by much. And at $5 for 200 pages it's a steal.

Heavy Weapon is a satisfying experience that leaves you hungry for more, so here's hoping that John Magnum will say those three magic words that every fan of the genre longs to hear:

"I'll be back."
Read more
One person found this helpful
Helpful
Report abuse

wilt
5.0 out of 5 stars An Action Movie That You Read
Reviewed in the United States 🇺🇸 on January 11, 2014
Verified Purchase
First off: kudos to David Desjardin for getting this book made. It's been a labor of love on his part. That alone warrants a purchase: it's the realization of a goal, a dream made tangible.

That said, this graphic novel is huge; I was actually surprised at the size. For comparison purposes, it's a little bigger than a Wired magazine. I think the pages are 8½x11 inches, or somewhere near there.

Art: The art is fantastic. The characters and locations are drawn very well and realistically, and the shading is awesome. As a bonus, this book includes a gallery at the end with concept art and alternative covers.

Writing: This is an unabashed homage to action movies, so while some may consider the story simplistic, it is actually quite enjoyable and very well told. Don't purchase this with the expectation of experiencing some existential epiphany that will have you questioning your life, your values, and your place in the universe. But rather purchase this knowing that you will be thrown into the chaotic midst of an action movie, complete with brutal fights, bullet sprays, heroic one-liners, and explosions. You won't be disappointed.

As an added benefit, once Hollywood decides to make a movie out of this, you can say that you read the book first.
Read more
One person found this helpful
Helpful
Report abuse

Jimmy
5.0 out of 5 stars Fast Paced Action!
Reviewed in the United States 🇺🇸 on January 10, 2014
Verified Purchase
I was always interested in this story since it's early days and now I was finally able to read it on paper. I didn't know what I expected but this was amazing. Is really fast paced and I couldn't put the book down. I started reading and all those funny one liners made me keep going for more, then the actions scenes were amazing and couldn't get enough of those either. By the time I knew it I was at the end and wanted it to keep going.

My favorite thing about this comic is how it was fast paced and kept you going, unlike other comics were they throw in long filler stories and flashbacks. You get all of the stories and backgrounds with just the dialogue the characters have.

Very impressed with this purchase and I applaud the author on his hard work.
Read more
One person found this helpful
Helpful
Report abuse

3W
5.0 out of 5 stars Strikes Gold with Heavy Weapon
Reviewed in the United States 🇺🇸 on February 2, 2014
Verified Purchase
Who the hell is Strike Comics? I've never heard of them but a friend pointed me to Heavy Weapon, I'm glad he did.

It's an appropriate homage to the action films of the 80s and 90s. Being raised on that over-the-top genre of one liners, massive explosions, and hatred of our communist enemies, I know something about it--it's obvious that the author does too.

++ for the art, very appropriate writing, and the price. I paid under $10 for 200 pages, I don't see how these guys eat.
Read more
One person found this helpful
Helpful
Report abuse

Ace
5.0 out of 5 stars One man..
Reviewed in the United States 🇺🇸 on September 17, 2014
Verified Purchase
Great homage to 80's action. My first entrance into graphic novels, and it couldn't have been better. Very well written. Graphics are nice! Try to find all the (intentional) classic 80's action movie miscues! Great tribute to all those movies you grew up loving! The price can't be beat, so buy it!
Read more
One person found this helpful
Helpful
Report abuse

Brian Smith
5.0 out of 5 stars 80's Action Reborn!
Reviewed in the United States 🇺🇸 on January 11, 2014
Verified Purchase
This was a great read, totally captured the action 80's flick vibe. I loved the retro ads in the back as well! You can really tell a lot of work went into this piece.
Read more
One person found this helpful
Helpful
Report abuse

Pete Kelly
5.0 out of 5 stars Paying homage to old school action flicks and looking good in the process
Reviewed in the United States 🇺🇸 on December 17, 2013
I found out about this graphic novel on Gametz forums. I came across a post by the writer discussing its creation. Being that I enjoy supporting anyone aspiring to do something within my interests I signed on to snag a copy. I wasn't sure what I would wind up getting my hands on once the product was completed but I was intrigued by the concept and the tidbits of covers and pages he posted.
The paperback has arrived. Upon its arrival I was pleased with how well it looked, the cover and the page designs. I thought "this is a good looking book." Very professional looking.
Then I began digging into the story. If you enjoy 80's action flicks and graphic novels, this will be heavenly to you. If you aren't one to get into graphic novels but love 80's action flicks, this may be a good introduction to the world of graphic novels for you. Very fun, reference filled and action packed.
Chances are if you're reading my review, you are the target audience. Take the leap and enjoy.
Look at the extreme affordability of it too!!!
Read more
2 people found this helpful
Helpful
Report abuse
See all reviews