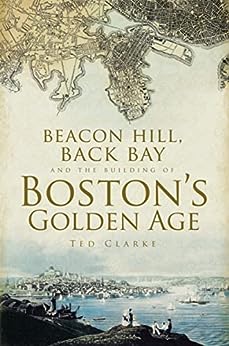 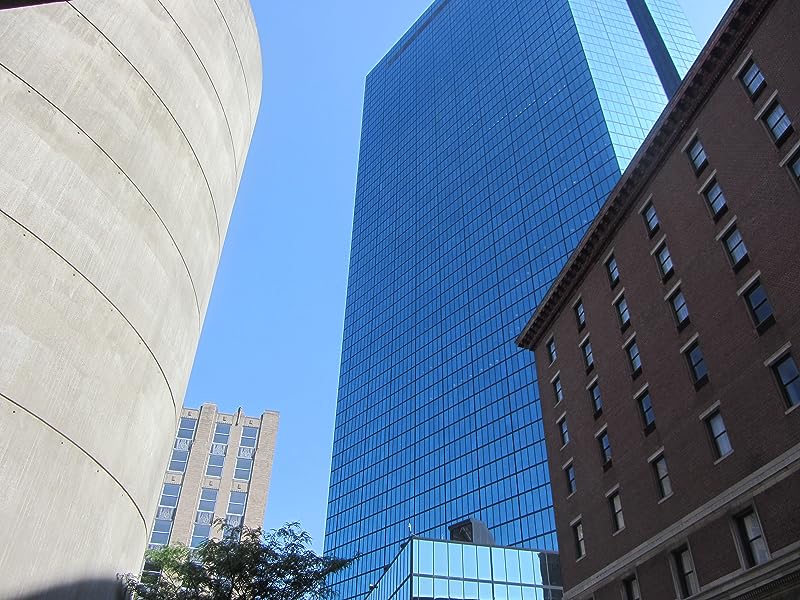 Beacon Hill, Back Bay, and the Building of Boston's Golden Age Kindle Edition

by Ted Clarke (Author) Format: Kindle Edition
See all formats and editions
Sorry, there was a problem loading this page. Try again.

“Tells the story of Boston’s growth in the 19th century, a time of immense cultural and physical expansion in the city.” —The Patriot Ledger

Venture back to the Boston of the 1800s, when Back Bay was just a wide expanse of water to the west of the Shawmut Peninsula and merchants peddled their wares to sailors along the docks. Witness the beginning of the American Industrial Revolution; learn how a series of cultural movements made Boston the focal point of abolitionism in America, with leaders like William Lloyd Garrison; and see the golden age of the arts ushered in with notables Longfellow, Holmes, Copley, Sargent and Isabella Stewart Gardner. Travel with local historian Ted Clarke down the cobbled streets of Boston to discover its history in the golden age.
Read more
Previous page
Next page

Ted Clarke's passion is history, especially Boston history and that of areas around Boston. He is currently working on his twelfth book, most of which are on local history or figure skating, in which he was a judge and national administrator.

After years of teaching and journalism and three master's degrees, Clarke is "somewhat" retired but still spends a solid part of each day at his writing vocation. "I feel as though I ve never retired, and yet I m doing something I love to do," he says. "I ve always enjoyed using words and telling stories, and here I do both. If you read my writing, I want you to get the story clearly but also enjoy the way it s told."

He has a forthcoming book from The History Press called South of Boston, part of a brace of books called "From Cape to Cape," which is in the works.

He and his wife, Mary, live in the town of Weymouth--south of Boston--where he serves as chair of the historical commission. He has written and narrated five television productions on town history, winning, in 2010, the Massachusetts Historic Commission's award for his program on historic preservation. He also gives frequent talks, which may be arranged through The History Press.

Ted Clarke lives in Weymouth, MA where he served for six years as Chairman of the historic commission. He is currently working on his 20th book, most of them on Boston-area history, with three on figure skating. He also wrote and narrated five television programs on history, one of which won an award from the Massachusetts Historical Commission.

A former teacher, Ted holds three Master’s degrees. He also served as 1st Vice President of the governing body for figure skating in the United States and as President of The Skating Club of Boston. He holds four national rankings in figure skating as an official. His volunteer work extends to his parish church where he serves on the advisory council. Now retired, he writes about four hours a day.

Ted wrote for newspapers and magazines as well. He credits the skills he acquired there as well as in teaching to developing a writing style that is easy to follow, humorous and is based on the ability to tell a story – the most interesting part of history.

Lauren from Alexandria
4.0 out of 5 stars The Rest of the Story
Reviewed in the United States 🇺🇸 on November 24, 2013
Verified Purchase
I lived in Massachusetts just outside of Boston all my life until last December. When I saw this book I just had to have it. I had heard a long time ago that the Back Bay section of Boston was created by filling in some body of water. And that now some of the buildings need support so they'll stop 'settling'. This book makes me feel like I finally know 'the rest of the story'.
Read more
2 people found this helpful
Helpful
Report abuse

Kevin T Neifert
4.0 out of 5 stars Very informative and an easy read
Reviewed in the United States 🇺🇸 on July 11, 2014
Verified Purchase
I enjoyed this book very much. It's more a short history of Boston than the back bay but it was well done and I learned a lot about the history of my city.
Read more
Helpful
Report abuse

William E. Tobin
2.0 out of 5 stars OK primer on Boston growth
Reviewed in the United States 🇺🇸 on June 12, 2017
For a primer on Beacon Hill and Back Bay this is ok. Detail is lacking. More detailed maps needed. Two stars is generous.
Read more
Helpful
Report abuse
See all reviews
Report an issue
Does this item contain inappropriate content?
Report
Do you believe that this item violates a copyright?
Report
Does this item contain quality or formatting issues?
Report