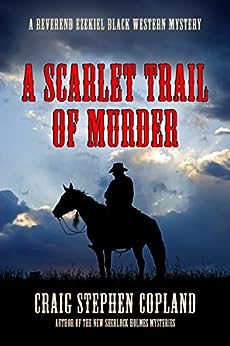 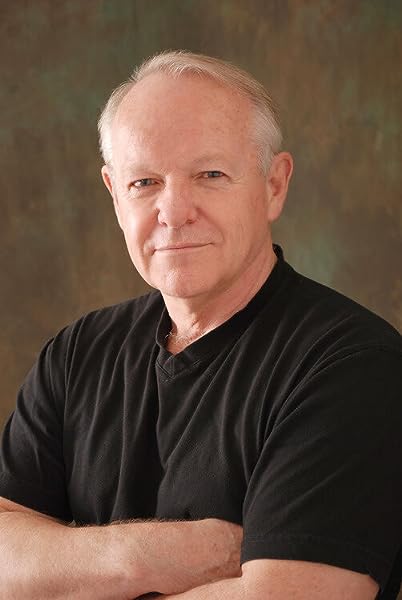 by Craig Copland (Author) Format: Kindle Edition
Book 1 of 2: Reverend Ezekiel Black Western Mysteries
See all formats and editions
Sorry, there was a problem loading this page. Try again.
At ten o’clock on Sunday morning, the twenty-second of October, 1882, in an abandoned house in the West Bottom of Kansas City, just a stone’s throw from the stockyards, a fellow named Jasper Harrison did not wake up. His inability to do was the result of his having had his throat cut sometime during the previous night.

At the same time, in the same location, in the very same house, another fellow, by the name of Eddie Kepler did wake up. Now, it is trying enough to wake up on a Sunday morning after getting drunk on Saturday night in a saloon on the other side of the state line. However, it is downright disconcerting to wake up beside a dead man, who is staring at you with hollow eyes and a very ugly scarlet gash across his throat. Therefore, Eddie staggered out into the blinding daylight and started hollering very loudly for the police.
I know these things because by noon on that same day, I was kneeling down on the floor beside my new partner, the Reverend Mister Ezekiel Amos Black, and together we were examining the body of Mr. Jasper Harrison.

Three weeks and nearly three thousand miles later, the Rev, as I have become accustomed to calling the Reverend Mister Black, had not only brought the murderer to justice but had helped solve several other murders and some very nasty deeds that stretched back over fifteen years. This story of mine, written so as to be appropriate to all members of your family, about the brainiest and downright strangest preacher and part-time Deputy US Marshal, is going to tell you how that all came about. And I am not going to be at all surprised if, after reading it, you will agree with me that Reverend Ezekiel Black was certainly one very smart man but, my goodness, was he a strange bird.

Craig Stephen Copland is a native of Toronto and, a long time ago, was an English major who studied under both Northrup Frye and Marshall McLuhan at the University of Toronto. In May of 2014, the Sherlock Holmes Society of Canada - better known as The Bootmakers (www.torontobootmakers.com) - announced a contest for a new Sherlock Holmes story. Although he had no experience writing fiction, the author submitted a short Sherlock Holmes mystery and was blessed to be declared one of the winners. Thus inspired, he has continued to write new Sherlock Holmes mysteries since. He created the legendary detective of the American West, The Reverend Mister Ezekiel Black, so that the science of deduction could be transferred to the days of the frontier. He is on a mission to write a tribute Sherlock Holmes story and a Reverend Ezekiel Black story for every one in the Sherlockian Canon. He currently writes from Toronto, Tokyo, and Manhattan and can be reached at CraigStephenCopland@gmail.com. --This text refers to the paperback edition.

Dear fellow Sherlockians: It's elementary, my dear reader. What else, after fifty years of enjoying the stories of Sherlock Holmes, is a recently retired gentleman to do with his time but write more stories about the world's most beloved detective?

Craig Stephen Copland confesses that he discovered Sherlock Holmes when, some time in the muddled early 1960s he pinched his older brother's copy of the immortal stories and was forever afterward thoroughly hooked. He is very grateful to his high school English teachers in Toronto who inculcated in him a love of literature and writing, and even inspired him to be an English major at the University of Toronto. There he was blessed to sit at the feet of both Northrup Frye and Marshall McLuhan, and other great literary professors, who led him to believe that he was called to be a high school English teacher.

It was his good fortune to come to his pecuniary senses, abandon that goal and pursue a varied professional career that took him to over one hundred countries and endless adventures. He considers himself to have been and to continue to be one of the luckiest men on God's good earth.

A few years back he took a step in the direction of Sherlockian studies and joined the Sherlock Holmes Society of Canada--also known as the Toronto Bootmakers. In May of 2014 this esteemed group of scholars announced a contest for the writing of a new Sherlock Holmes mystery. Although he had never tried his hand at fiction before, Craig entered and was pleasantly surprised to be selected as one of the winners. Having enjoyed the experience he decided to write more of the same, and is now on a mission to write a new Sherlock Holmes mystery that is related to and inspired by each of the sixty stories in the original Canon.

He currently lives and writes in Toronto, Buenos Aires, New York, and the Okanagan Valley and looks forward to finally settling down when he turns ninety.

WPerry
5.0 out of 5 stars Elementary, y'all
Reviewed in the United States 🇺🇸 on August 20, 2017
Verified Purchase
Thoroughly enjoyed the Reverend. Well done interpretation of Sherlock's methods to the days of the West and notorious train robbers. I very much enjoyed the interplay between characters and liked the twists at the end. As enjoyable (if not more so) as any of the works by Copland.
Read more
One person found this helpful
Helpful
Report abuse

Kindle Customer
4.0 out of 5 stars Mr. Copland writes another fine book!
Reviewed in the United States 🇺🇸 on July 4, 2017
Verified Purchase
Another Craig Stephen Copland work, as intriguing as the others.
This one had more rough points (spelling/grammar/syntax) than his other books.
Read more
Helpful
Report abuse

E. Bjornen
4.0 out of 5 stars Fun read despite a plethora of type setting errors
Reviewed in the United States 🇺🇸 on February 26, 2016
Fun read despite a plethora of type setting errors. I had always liked Doyle's Sign of Four and this is an interesting cutoff of that story. I enjoyed "the Reverend Mr. Black" as someone who has learned deduction at the foot of the Great Detective. The narrator a nephew of The Narrator, Dr.John Watson, carries on the tradition. I love Sherlock Holmes stories and I am looking forward to Mr.Coplands next Rev Black story.
m
Read more
2 people found this helpful
Helpful
Report abuse