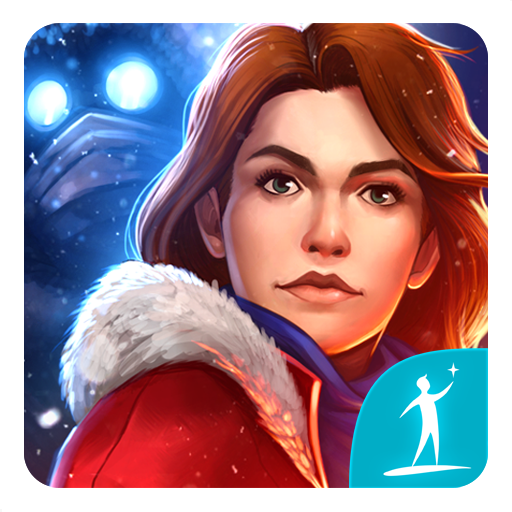 Step into the shoes of a private detective and follow the trail to a dark past hidden within a small town's snowy holiday resort.

BUY ONCE - ENJOY ENDLESSLY!
Unlock the game to own it forever!

CRIME SECRETS: CRIMSON LILY IS A CAPTIVATING BLEND OF HIDDEN OBJECT CHALLENGES, PUZZLE SOLVING, AND DARING DETECTIVE WORK.
When a grim murder interrupts a private detective's vacation at the very gate to the hotel at which she was going to stay, she puts her plans for R&R on hold and sets out to do what she does best: solve violent crimes. All she has to go on is a single clue: a mysterious paper lily attached to the victim's frozen body. Could it be the killer's calling card?

CRIME SECRETS: CRIMSON LILY FEATURES MORE THAN 30 STUNNING HAND-PAINTED HIDDEN OBJECT SCENES SET WITHIN A SNOWY ENVIRONMENT!
Cut off by a blizzard and left to her own devices, the protagonist will need to put her detective skills to work as she questions possible witnesses, searches for clues, and follows a trail that leads her deep into the dirty dealings of a small town filled with big fish and other enigmatic characters.

FIND CLUES IN THE GAME'S UNIQUE DETECTIVE MODE TO SOLVE THE MYSTERY!
Was the tragic death of a young journalist, Lilly, a few years back only an accident, or was it somehow connected to the mysterious new murder? Is the killer trying to send a sinister message? If so, why, and to whom?

SURPRISING PUZZLES AND UNEXPECTED TWISTS!
As it turns out, there's more to the grim story than meets the eye, and not everyone at the hotel is who they appear to be. Will the private investigator manage to track down the culprit?

Look for ""Artifex Mundi"" to discover more hidden object puzzle adventure games like this one!

3.6 out of 5 stars
3.6 out of 5
155 global ratings
How are ratings calculated?
To calculate the overall star rating and percentage breakdown by star, we don’t use a simple average. Instead, our system considers things like how recent a review is and if the reviewer bought the item on Amazon. It also analyzes reviews to verify trustworthiness.
Top reviews

Ozgal
5.0 out of 5 stars Very interesting
Reviewed in the United States on July 17, 2017
Verified Purchase
I was surprised by this game. It had the usual good storyline and hidden objects as well as the puzzles I could do without. The difference was that each scene was complete, no having to go backtracking from place to place collecting the things needed to repair an item. Very refreshing!
Read more
29 people found this helpful
Helpful
Sending feedback...
Thank you for your feedback.
Sorry, we failed to record your vote. Please try again
Report abuse

Martha
4.0 out of 5 stars Mom tested
Reviewed in the United States on February 12, 2017
Verified Purchase
I just started this game but I am truly enjoying it. There is a body frozen to a fence, shortly into it, that you might not want to share with your kids, BUT it is a murder mystery. Some objects are interactive, which is good for me. I like to figure things out. Ok back to the game.
Read more
Helpful
Sending feedback...
Thank you for your feedback.
Sorry, we failed to record your vote. Please try again
Report abuse

V. DeLapp
4.0 out of 5 stars Decent Murder Mystery
Reviewed in the United States on July 2, 2016
Verified Purchase
I thought this game was halfway decent, although I have played ones by this developer that are in a different league. In this game you play as a detective who stumbles upon a murder on your way to a vacation hotel. You are always one step behind the murderer, chasing his clues. The story is good, but just a variation on all the detective stories. There is a feature called "detective mode", which I saw in another game but I can't remember which one, where you search the scene for clues by blindly tapping around until you hit something. Then you arrange those clues in chronological order, and finally, the scene is acted out for you. It is a unique twist, but I think some might be impatient with this feature.

There is the usual mini games and hidden object searches. The game does include a fast travel map, journal with objectives, customizable difficulty settings, and a hint button. You also find hidden collectibles throughout the game, although most of the time I wasn't sure I found them because you don't get a notification on the screen.

The graphics were sort of hit and miss - some scenes were incredibly detailed and really came alive, and then the next scene would be drab and unfinished looking. This is a trial version, and you can play for free for about a half an hour, then it is $3.49 to purchase the full game. I don't think this is a memorable game, but if you have nothing else to play, it is certainly going to be entertaining for a few hours.
Read more
15 people found this helpful
Helpful
Sending feedback...
Thank you for your feedback.
Sorry, we failed to record your vote. Please try again
Report abuse

Robin Golden
3.0 out of 5 stars Finding the bad guy
Reviewed in the United States on September 4, 2020
Verified Purchase
I really liked the game, except for connecting the clues. That was impossible.
Read more
Helpful
Sending feedback...
Thank you for your feedback.
Sorry, we failed to record your vote. Please try again
Report abuse

Carroll A Lahr
5.0 out of 5 stars Crime Secrets
Reviewed in the United States on July 23, 2016
Verified Purchase
Awesome game to figure things out just to solve this crime.k
Read more
2 people found this helpful
Helpful
Sending feedback...
Thank you for your feedback.
Sorry, we failed to record your vote. Please try again
Report abuse

Missy D
1.0 out of 5 stars Good luck
Reviewed in the United States on June 26, 2019
Verified Purchase
Would not open
Read more
Helpful
Sending feedback...
Thank you for your feedback.
Sorry, we failed to record your vote. Please try again
Report abuse

Kindle Customer
5.0 out of 5 stars Watch for the little side items. And watch for the morphing objects.
Reviewed in the United States on November 5, 2018
Verified Purchase
It's a great game, I really liked it and the mini games also.I recommend it to all.
Read more
Helpful
Sending feedback...
Thank you for your feedback.
Sorry, we failed to record your vote. Please try again
Report abuse
See all reviews

Karen Pinnell
4.0 out of 5 stars Ok
Reviewed in the United Kingdom on October 27, 2018
Verified Purchase
Great so far shame I can't afford to buy it
Read more
6 people found this helpful
Report abuse

Plymgirl
2.0 out of 5 stars Meh
Reviewed in the United Kingdom on December 30, 2020
Verified Purchase
Was an ok game. A few years old now. WHY then did it cost over £5+ and there wasn't even a bonus game.
Read more
One person found this helpful
Report abuse

Sam Mosedale
3.0 out of 5 stars Give it a try!
Reviewed in the United Kingdom on June 10, 2020
Verified Purchase
One of my brothers downloads. He seemed ro enjoy playing it!
Read more
Report abuse

Mr. J. Anderson
4.0 out of 5 stars Fun.
Reviewed in the United Kingdom on September 3, 2016
Verified Purchase
Not a bad game but the deductions are implausible. No bonus game ergo only 4*.
Read more
One person found this helpful
Report abuse

Sasha Bell
4.0 out of 5 stars Good game, but I will never make a detective ...
Reviewed in the United Kingdom on December 27, 2016
Verified Purchase
Good game, but I will never make a detective that's for sure!! Still I enjoyed playing it and will play again to try and solve more of the mini puzzles. As always from Artifex Mundi great graphics
Read more
Report abuse
See all reviews
Amazon Appstore Return Policy
Back to top
Get to Know Us
Make Money with Us
Amazon Payment Products
Let Us Help You
EnglishChoose a language for shopping. United StatesChoose a country/region for shopping.
© 1996-2021, Amazon.com, Inc. or its affiliates