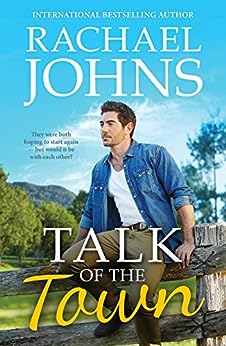 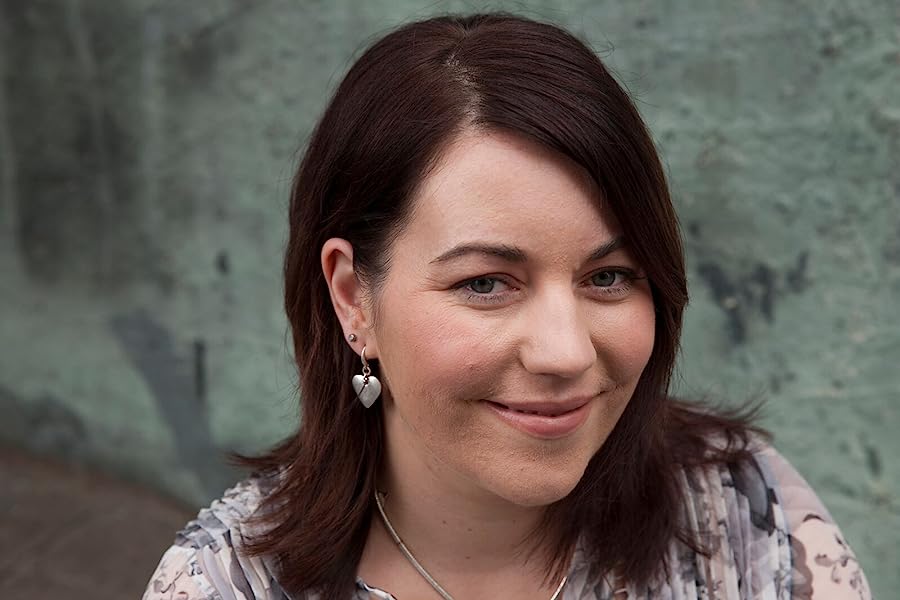 by Rachael Johns (Author) Format: Kindle Edition
See all formats and editions
Sorry, there was a problem loading this page. Try again.
A moving story of secrets, love and new beginnings from bestselling and ABIA award winning author Rachael Johns.


Lawson Cooper–Jones has two priorities in life – his son, Ned, and the survival of the dairy farm that has been in his family for generations. Despite the best efforts of the town matchmakers and the determined pursuit of local girl Adeline Walsh, Lawson's heart belongs still, and only, to his late wife.

But when a flat tyre strands Lawson and Ned in nearby Rose Hill, he's surprised to find a woman living alone in the old general store of the deserted town. Ned immediately forms a bond with the beautiful stranger called Meg, and Lawson is surprised to find himself captivated by her too.

Although shy at first, Meg starts to open up to him about the haunting secrets of her new home and, with Lawson unable to get her out of his head, they agree to investigate the history of the old building together. Soon they find their friendship has bloomed into something more.

But when meddling Adeline makes it her mission to uncover the truth about the newcomer and her real identity is revealed, Lawson and Meg's budding romance comes crashing down. Can they both learn to forgive in order to claim a future for their damaged hearts?

Rachael Johns is an English teacher by trade, a mum 24/7, a chronic arachnophobic and a writer the rest of the time. She rarely sleeps and never irons. She writes women's fiction and rural romance for Mira, Special Edition romances for Harlequin, fun novellas for Tule Publishing and also has a biker romance with Loveswept. She lives in the Perth Hills (Western Australia) with her hyperactive husband and three mostly-gorgeous heroes-in-training. Rachael loves to hear from readers and can be contacted through her website at www.rachaeljohns.com.

Old Dave's Romance Revue
5.0 out of 5 stars A perfectly paced romance
Reviewed in the United States 🇺🇸 on May 28, 2017
Verified Purchase
When Megan escaped the city to the tiny little rural town of Rose Hill, for all intents and purposes a ghost town, she was searching for a whole list of things. Anonymity, seclusion, peace and quiet being near the top of that list, and from the very first page of Talk of the Town by Rachel Johns, that sense of quietude, of things moving at a more sedate pace permeates the text.

What she doesn't expect is visitors in the form of a good looking dairy farmer and his young son who stop right outside her door to fix a flat tyre.

In my first read from this author I found a story that was so very much more than I was expecting. From reading the blurb I was kind of expecting a sweet little country town romance, but there was so much I wasn't expecting. Murder mystery, inter-generational drama, intrigue, the unlikeliest of friendships, and the best and worst of small town life, both open and close-mindedness.

... and what's the point of a ghost town without a ghost story thrown into the mix?

Blending themes of healing and renewal across the seemingly unchanging backdrop of country life, Rachel has fashioned a story that kept me immersed and intrigued, enthralled and entertained, and I can say for sure that this wont be the last book of hers that I read.
Read more
Helpful
Report abuse

Leslie Mackee
4.0 out of 5 stars A great Aussie author
Reviewed in the United States 🇺🇸 on January 23, 2019
Verified Purchase
A lovely story and another great book by Rachael Johns... couldn't put it down.
Read more
Helpful
Report abuse

Amazon Customer
5.0 out of 5 stars A must read
Reviewed in the United States 🇺🇸 on January 3, 2018
Verified Purchase
Do yourself a favour and get lost in this romantic mystery... you may find that you are just unable to put it down!
Read more
Helpful
Report abuse

Amazon Customer
5.0 out of 5 stars Awesome book by her once again.
Reviewed in the United States 🇺🇸 on May 1, 2017
Verified Purchase
Love every book she has penned so far and this one is no different. She is fast becoming one of my favorite authors.
Read more
Helpful
Report abuse

Barbara
5.0 out of 5 stars Another good book
Reviewed in the United States 🇺🇸 on May 6, 2017
Verified Purchase
Another great book from Ms Johns... once I started I could not put the book down ....waiting for the next book
Read more
Helpful
Report abuse

Beagle Book Space
4.0 out of 5 stars Nice Aussie Romance
Reviewed in the United States 🇺🇸 on June 17, 2017
Talk of The Town is an Aussie romance that contains just the right amount of drama, twists & turns, sadness and of course happiness in the end.
It also contains a slight paranormal aspect that I found intriguing and I would have loved this part to have been explored a little bit more within the story.
Overall I liked the main character Meg, but every now and then I did get slightly annoyed with how she took so long to say certain things about what she was thinking or feeling. I know this was to build suspense and give the story more to stand on but I felt that with this character her secrecy became a bit much after a while and every so often I'd find myself wanting to just shake her with frustration.
The plot itself was a believable enough story and it definitely kept me engaged until the end. I really like how Rachael Johns has the ability to write a romance novel without it being too ultra-sappy with enough interesting back story in addition to the romance angle going on. In my opinion this makes her stories a lot more relatable.
Read more
Helpful
Report abuse
See all reviews

Shelagh
5.0 out of 5 stars A rural romance packed with fabulous characters
Reviewed in Australia 🇦🇺 on April 21, 2020
Verified Purchase
I can’t begin to say how much I loved Something to Talk About. This is a book of second chances for both Meg and Lawson, Meg in terms of restarting her life after making some bad decisions following the deaths of her family. For Lawson it’s about learning to live and love again after the death of his wife Leah.
These two are engaging stars in an intriguing tale which holds your interest throughout but they’re far from alone in capturing readers’ hearts. Lawson’s son Ned and Meg’s dog Cane both do their best to steal the show and at times they nearly succeed. In addition to these two there’s Lawson’s sister Tabitha, Meg’s neighbour Archie and Eliza, the ghost who lives on Meg’s old home. Always there to offer a voice of reason or a shoulder to cry on Tabitha shines in her role. Archie acts as a father figure for Meg as she navigates her new world and starts to find her feet. As for Eliza, I loved the timely shifting of chairs and slamming of doors when things weren’t going to plan. While all these characters endeared themselves to me in one way or another and while I loved the way this book flowed, what I really loved over and over was the way Lawson’s son Ned kept stealing the show. Author Rachael Johns clearly knows her eight year-olds. Ned’s comment after catching Lawson kissing Meg was priceless: “That was totally gross. Next time you do that make sure I’m not watching.”
Read more
Report abuse

carol cosham
1.0 out of 5 stars absolute rubbish
Reviewed in Australia 🇦🇺 on February 9, 2021
Verified Purchase
romantic fiction has never been my thing, but to my eternal shame I thought I'd still give this book a go. What a load of silly, teenage-like, trashy, predictable, boring crap you have written, Ms Johns.....and if I read the repetive, ad nauseum phrase "she/he rubbed her/his lips together" I seriously thought I'd vomit.
Read more
One person found this helpful
Report abuse

KindleFan
3.0 out of 5 stars Plot too drawn-out
Reviewed in Australia 🇦🇺 on November 18, 2018
Verified Purchase
This book could have been shorter as I had trouble keeping interested in the first half, with Meg's troubled past being withheld from reader for too long. I felt that some of what was added to create interest was a little unrealistic. However the second half of the book improved a lot and held my interest.
Read more
One person found this helpful
Report abuse

Jacqui 😊
5.0 out of 5 stars Recommended
Reviewed in Australia 🇦🇺 on January 19, 2021
Verified Purchase
A great read delving into areas I didn’t expect. A well rounded story with likeable and believable characters. I always enjoy reading books set in Australia. I will definitely be ordering the sequel.
Read more
Report abuse
See all reviews
Report an issue
Does this item contain inappropriate content?
Report
Do you believe that this item violates a copyright?
Report
Does this item contain quality or formatting issues?
Report