2
Soldiers Don't Cry, The Locket Saga Continues
by Cygnet Brown (Author) , Megan Wenger (Editor)
5.0 out of 5 stars (5)
The Locket Saga began with When God Turned His Head where long ago, Kanter Thorton gave Drusilla a locket to symbolize his love for her, now, The Locket Saga continues when their daughter Elizabeth wears the locket. Despite Elizabeth’s patriotic loyalties, she falls in love with a British officer. As young children, Elizabeth Thorton and Philip Randolph met in the frontier of Western Pennsylvania in 1763. For years, the Atlantic Ocean separated them, but now years later, the conflict brewing between the British Empire and the American colonies brought them back together. What is it that keeps Phillip from remembering his childhood and how is it the key to his and Elizabeth’s love for one another?
Read more

3
A Coward's Solace: Book III of The Locket Saga
by Cygnet Brown (Author)
4.2 out of 5 stars (4)
A historical Christian Romance set at Valley Forge in 1777-1778. A stranger, who goes by the name Head of Stone, stumbles into the cabin where Martha Dawson and Phillip and Elizabeth McCray live. He was raised by the Lenape since he was a child. His mission is to avenge the death of his Lenape wife Moshanna. In a twist of fate, new information about Head of Stone’s past comes to light and he decides to stay with the McCray household for the time being. While he is there, the ragtag, nearly frozen, nearly starved Continental Army stumbles into the nearby fields. To the north, a political power struggle threatenes to replace their commanding office because many think that he is a coward. He has not won a campaign the entire summer of 1777. Hope for their cause is at an all-time low. Something happens on a cold day in February 1778 that changes everything for Head of Stone and this commanding officer, and their lives will never be the same again.
Read more

4
Sailing Under the Black Flag: Book IV of the Locket Saga
by Cygnet Brown (Author)
Jonathan Mayford wants to join the Patriot Cause because he wants to prove that he’s a man. Despite his parents’ misgivings, they allow him to join his father’s privateer, the American Elizabeth. Jonathan befriends an old sea cook, Finis Henderson who teaches him about the sea. Later, he also becomes friend with a young African American boy. Jonathan’s young friend, James Forten, though born a freedman, does not realize what freedom means until he experiences it as a privateer. He, also, did not realize the treachery of slavery until sees individuals of his own color in chains on the auction block. The relationship that takes Jonathan from boyhood to manhood began when he met the red-headed Lowri Howell, a daughter of Welsh nobleman. Jonathan dreams of the day that he will become worthy of her affections. He hoped that in winning this war, he might have a chance at capturing her heart, his greatest prize of all. Both Jonathan and James discover fighting in the war is not what makes a man. They learn that becoming a real man requires integrity and character.
Read more

5
In the Shadow of the Mill Pond: Book V of the Locket Saga
by Cygnet Brown (Author)
5.0 out of 5 stars (1)
Fifteen-year-old Lacey Mayford has been infatuated with Matthew since she was a little girl. Matthew, a half-breed Indian, doesn’t see her as anything more than a little girl cousin. How can she convince him that she is growing into a beautiful young woman he should consider? In the frontier town near the turn of the century, Matthew Thorton is blamed for Luther Hannibal’s murder after an altercation with Luther over stolen furs. Lacey defends Matthew with the help of a teacher, Felix Grackle. They look into other suspects who could have killed Luther Hannibal. Matthew’s father Luke and his best friend Jacque Pierre are looking for the person responsible for stealing the furs. They believe the thief might have something to do with Luther Hannibal’s murder. Will Lacey be able to clear Matthew’s name? Will Luke and Jacque Pierre find the man who stole the furs? Will the vigilantes stop the Whiskey Rebellion without bloodshed? The truth is far more sinister than anyone could imagine.
Read more

6
Book VI of the Locket Saga: The Anvil
by Cygnet Brown (Author)
Robert McCray dreamed of the day when he would marry Lillian O’Hare. He went north with his father, Uncle Luke, and Cousin Isaac to Northwestern Pennsylvania. He built a shed behind the cabin to set up his blacksmith shop. The only tool that he needed was the anvil. Little did he know that in a matter of hours, all his dreams would come crashing down. Judith Campbell was the eldest of Duncan Campbell’s three daughters. After her father lost his farm in a rigged land grab, he decided to take up the US government’s offer to Revolutionary War veterans to settle on lands at no cost in unsettled parts of the country. Duncan and his family become neighbors to the Thorton and McCray families. There the three families bind together to survive the hardships of the wilderness. What does the future hold for Robert and Judith?
Read more 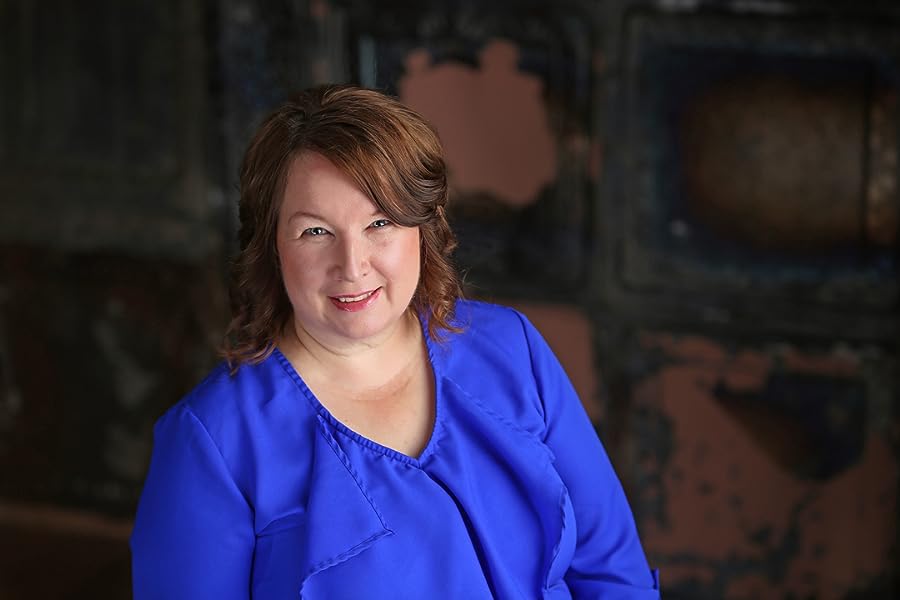 The author chose the pen name Cygnet Brown because her maiden name is "Swanson" (a cygnet is a baby swan) and Brown is her married name. She grew up in Northwestern Pennsylvania and began writing stories in Mrs. Watson’s seventh grade English class. From that time on she wanted to become a professional writer, but life got in the way. She is a veteran of the US Armed Forces. She served on active duty Navy from 1981-1987 as a Neuropsychiatric Technician then in the reserves until 1999. She married, became a mother to three children, stepmother to another, and became a nurse. She resumed writing in October 2008 when she fell in love with her characters all over again. She graduated Magna Cum Laude with a Bachelor’s Degree in Liberal Arts from Argosy University in 2014.

Cygnet Brown currently lives in the Missouri Ozarks. She loves to write on her family's houseboat and research history. She never knows when she'll uncover a historical tidbit that sparks another story in The Locket Saga. When God Turned His Head was the first book in her historical romance series The Locket Saga written in 2010. Other books in the Locket Saga include: Soldiers Don't Cry, The Locket Saga Continues, Book III of the Locket Saga: A Coward's Solace, Book IV: Sailing Under the Black Flag, and most recently, Book V: In the Shadow of the Mill Pond. In 2013 she published her first nonfiction book Simply Vegetable Gardening based on her 40 years of gardening experience. She has also written Help from Kelp, Using Diatomaceous Earth around the house and yard, Living Today, The Power of Now, and just released Write a Book and Ignite Your Business. See updates at her Website: http://www.cygnetbrow.com

Ms. Brown is the owner of Jerjoboch Publications. She has written for Mother Earth News magazine and online article sites.

Ms. Brown is a public school teacher and also the author of the blog: How My Spirit Sings. https://1authorcygnetbrown.wordpress.com/