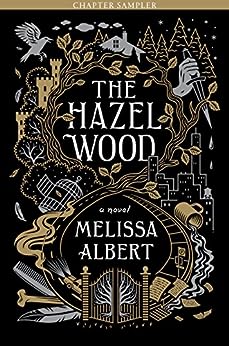 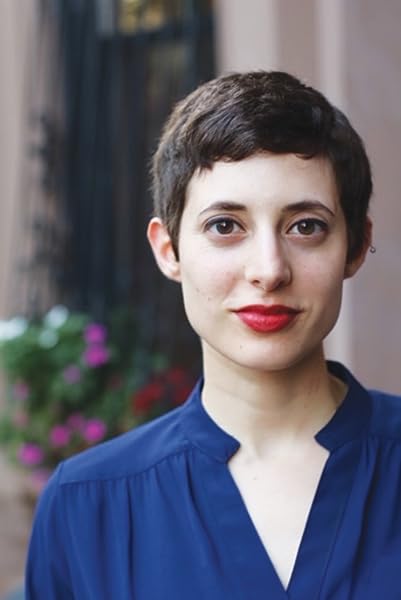 3.8 out of 5 stars
3.8 out of 5
42 global ratings
How are ratings calculated?
To calculate the overall star rating and percentage breakdown by star, we don’t use a simple average. Instead, our system considers things like how recent a review is and if the reviewer bought the item on Amazon. It also analyzes reviews to verify trustworthiness.
Top reviews

Amazon Customer
5.0 out of 5 stars Do NOT miss it!
Reviewed in the United States on January 12, 2018
Verified Purchase
This is an astonishingly inventive novel. The last time I felt this excited about an author’s ability to shock, surprise, and captivate me was when I was reading The Magicians trilogy, but Albert’s prose is far more beautiful. I found myself constantly going back and rereading some of her more hauntingly perfect sentences and phrases. Albert’s use of language is stunningly precise; sometimes when I read a really fantastic writer, they make me fall in love with words all over again, and The Hazel Wood did just that. Also, the whole book is dark, creepy, and atmospheric as all get out. I’m a bit of a wimp, and at times I was a little afraid that it was going to scare me TOO much, but I also knew that even if it did, I wasn’t going to be able to put it down so it didn’t really matter. Also, as an added bonus, there are some really funny moments. Some writers, you wish you could just dive in and swim around in their imaginations all day. Albert is one of those writers.
Read more
10 people found this helpful
Helpful
Report abuse

Rottgrl88
3.0 out of 5 stars So far I liked what I read with this sampler.
Reviewed in the United States on August 16, 2019
Verified Purchase
I was back and forth on whether or not I wanted to check into this. When I first read the synopsis, I was getting Inkheart vibes. And as such, I was interested in this book as I enjoyed "Inkheart". However, there were a ton of mixed reviews on this story which was making me hinder on picking it up. I am glad that the author made a chapter sampler and I was able to download it for free. I think every author needs to do this as it is a great marketing strategy.

This free sampler includes the first full five chapters and a small portion of the sixth chapter. Once I completed the sampler, I was thinking a few things. One, my initial surmise of the synopsis with it being "Inkheart"-like was correct. This story follows Alice, a junior in high school who has been on the run with her mother, Ella, for the majority of her life. And on the run from what, she has no idea. She has a seclusive grandmother, Althea, that she hasn't met and only knows a little bit about due to secret research she has done throughout the years. Althea is a well known author who raised her daughter on fairy tales and Alice has been searching for one of her grandmother's most famous book.

Third, I enjoy the writing style itself. It is easy to get into and easy to follow along. The story telling by the author is simplistic yet has some adventurous and mysterious undertones. With all that being said, I am interested in continuing this book to find out what happens and will be picking up the full length novel.
Read more
Helpful
Report abuse

Bizzles1
3.0 out of 5 stars The Hazel Wood
Reviewed in the United States on April 4, 2018
Verified Purchase
I first read the chapter sampler of The Hazel Wood, knowing that it would be in the February Owlcrate box. It actually helped me in making the decision of resubscribing to Owlcrate once again. The story started out great. I loved the dark elements to the world Albert had created. I even rushed to my local bookstore just to purchase a copy because the Owlcrate copy would have a different cover and I was so in love with the original cover, I had to have both. Unfortunately, as I trudged along on this journey, I began to lose interest. I loved the premise behind the story, I loved The Hazel Wood and the supporting characters. I did not enjoy reading about the journey and most of the time could not stand the main character. So many secrets felt as if they had no real purpose other than forcing the story along. By the time I'd finished, I felt as if I were reading an entirely different book that what I'd started. It's been a month since I read this and the only thing that's left an impression in my mind from the story at all is the dilapidated structure that was The Hazel Wood.
Read more
Helpful
Report abuse

Leon
5.0 out of 5 stars Excellent dialogue
Reviewed in the United States on January 20, 2018
Verified Purchase
Excellent dialogue and a really good story, been missing a book like this for a long time.
Read more
3 people found this helpful
Helpful
Report abuse

Julia Bock
4.0 out of 5 stars The hazel wood
Reviewed in the United States on October 5, 2019
Verified Purchase
This is a sample of the book. It is good enough to make me want to buy the whole book. The story sounds interesting and so do the characters.
Read more
Helpful
Report abuse

B . Rosario
4.0 out of 5 stars Good read
Reviewed in the United States on December 1, 2019
Verified Purchase
Twist . but it's a good read
Read more
Helpful
Report abuse

impossible girl
5.0 out of 5 stars Good intro. to the book
Reviewed in the United States on March 19, 2018
Verified Purchase
Okay, I LOVED this chapter sampler and it made me run out to buy the book. I have also submitted a review on the whole book.

But, just from this chapter sampler, I found the book to be interesting and exciting. I wanted to know what happened next.
Read more
Helpful
Report abuse
See all reviews