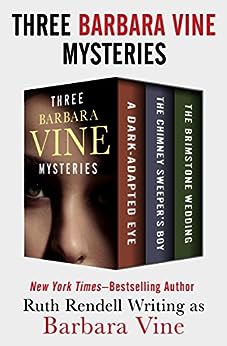 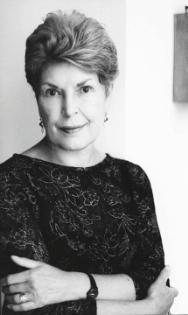 by Ruth Rendell (Author) Format: Kindle Edition
See all formats and editions
Sorry, there was a problem loading this page. Try again.
Three spellbinders from a New York Times–bestselling Edgar Award winner, “unequivocally the most brilliant mystery writer of our time” (Patricia Cornwell).

This trio of Barbara Vine mysteries provides undisputable evidence that “no one surpasses Ruth Rendell when it comes to stories of obsession, instability, and malignant coincidence” (Stephen King).

A Dark-Adapted Eye: Faith Severn never understood why her respectable aunt Vera snapped and murdered her own beloved sister. But thirty years after Vera is condemned and hanged, a true crime writer’s new investigation into the case is finally allowing Faith to see her family’s unspeakable history and its bygone tragedy in a chilling new light. An Edgar Award winner, this “rich, beautifully crafted novel” (P. D. James) is Ruth Rendell “at her formidable best” (The New York Times Book Review).

The Chimney Sweeper’s Boy: When celebrated author Gerald Candless dies at his clifftop home in Devon, his daughter Sarah is commissioned to write his admiring biography—only to discover her father’s entire life was a lie. Now, Sarah fears that understanding all her father has hidden—and why—is the last thing she wants. A novel “about the power of taboos, transgressions, guilts, deceptions, horrors, [and] atonements” (Independent) from “the best mystery writer in the English-speaking world” (Time).

The Brimstone Wedding: Mired in a loveless marriage and a troubled affair, Jenny Warner has only Stella Newland to confide in. A patient at the English nursing home where Jenny works, Stella is open to hearing all about Jenny’s life. Stella understands; she has secrets too. When she gives Jenny the key to her house, it unlocks a mystery about the horrifying consequences of love—and Stella is drawn into a “dark, hypnotic story of romantic obsession” (The New York Times Book Review).

Edgar Award–winning author Ruth Rendell (b. 1930) has written more than seventy books and sold more than twenty million copies worldwide. A fellow of the Royal Society of Literature (London), she is the recipient of the Grand Master Award from the Mystery Writers of America and a Lifetime Achievement Award from the Crime Writers’ Association. Rendell’s award-winning novels include A Demon in My View (1976), A Dark-Adapted Eye (1987), and King Solomon’s Carpet (1991). Her popular crime stories featuring Chief Inspector Reginald Wexford were adapted into a long-running British television series (1987–2000) starring George Baker.

Edgar Award–winning author Ruth Rendell (1930-2015) wrote more than seventy books and sold more than twenty million copies worldwide. A fellow of the Royal Society of Literature (London), she was the recipient of the Grand Master Award from the Mystery Writers of America and a Lifetime Achievement Award from the Crime Writers’ Association. Rendell’s award-winning novels include A Demon in My View (1976), A Dark-Adapted Eye (1987), and King Solomon’s Carpet (1991). Her popular crime stories featuring Chief Inspector Reginald Wexford were adapted into a long-running British television series (1987–2000) starring George Baker.

Christa Charter
5.0 out of 5 stars Masterful
Reviewed in the United States 🇺🇸 on June 26, 2022
Verified Purchase
Ruth Rendell/Barbara Vine was one of the very best. Ever. Writing as Rendell the crime stories are more genre-specific. As Vine she gives herself permission to explore all kinds of weird stuff. So, SO good.
Read more
Helpful
Report abuse

Randy Thill
3.0 out of 5 stars I like Ruth Rendell, but...
Reviewed in the United States 🇺🇸 on May 19, 2022
Verified Purchase
I read several of Rendell's novels and enjoyed them, but the first story in this put me off and now I find myself hesitant to begin the second. I may never.
Read more
Helpful
Report abuse

ardee
4.0 out of 5 stars Skillful writing, compelling stories
Reviewed in the United States 🇺🇸 on December 30, 2021
Verified Purchase
A fine writer with a gift for plumbing the depths of human nature.
Three compelling tales which I would suggest reading not one after the other but at different times.
Read more
One person found this helpful
Helpful
Report abuse

Ona47
5.0 out of 5 stars For me, a page turner…
Reviewed in the United States 🇺🇸 on January 18, 2022
Verified Purchase
Ruth. Rendell (BarbaraVine) is a favorite author of mine. I like how she can tell the story from different characters point of view. If you have liked her other books, this won’t disappoint.
Read more
Helpful
Report abuse

A. J. S.
4.0 out of 5 stars Vine is a fine writer
Reviewed in the United States 🇺🇸 on July 14, 2020
Verified Purchase
The three novels are a little noir-ish, but worth some summer reading.
Read more
Helpful
Report abuse

Morris Branson
3.0 out of 5 stars Mixed Feelings
Reviewed in the United States 🇺🇸 on July 26, 2018
Verified Purchase
What can you say about a book, or in this case three, that are well written with clearly drawn characters, evocative images and cohesive plots, yet not really enjoyable? For me, the way the mysteries are constructed was irritating. The murder, or in one case not even that, are not revealed until the end with bits of information scattered throughout the narrative. I am not sure why I felt compelled to finish them but I suspect the characters were interesting enough to keep my interest.
Read more
3 people found this helpful
Helpful
Report abuse

shopwalkerr
5.0 out of 5 stars Unexpected finale
Reviewed in the United States 🇺🇸 on November 20, 2019
Verified Purchase
I like all the Barbara Vine/ Ruth Rendell books although they are a little wordy.