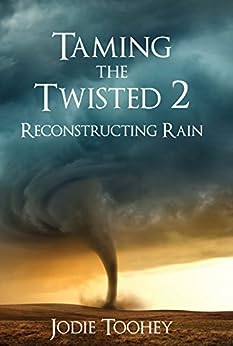 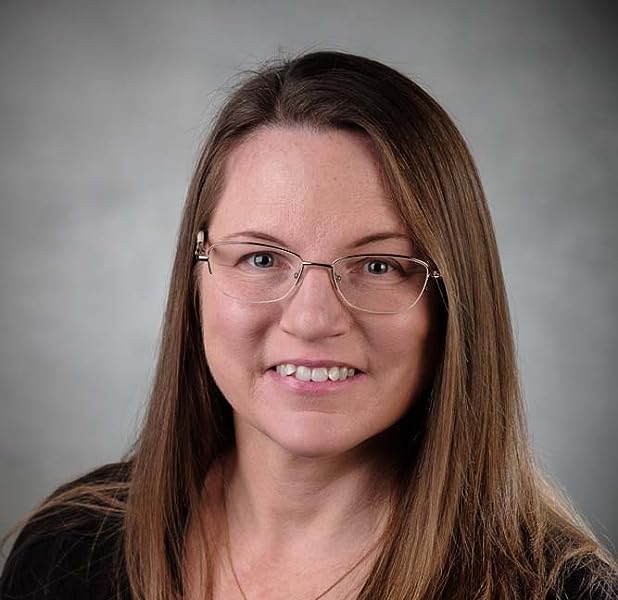 Jodie Toohey is the author of six other books, three poetry collections - Crush and Other Love Poems for Girls (2008), Other Side of Crazy (918studio, 2013), and Versed in Nature: Hiking Northwest Illinois and East Iowa State Parks (2017) - as well as three novels, Missing Emily: Croatian Life Letters (2012), Melody Madson - May It Please the Court? (2014), and Taming the Twisted (2015). When she is not writing fiction or poetry, Jodie helps authors, soon-to-be authors, and want-to-be authors from pre-idea to reader through her Wordsy Woman Author Services company. --This text refers to the paperback edition.

M. R. Davidsaver
4.0 out of 5 stars The life and times of a pioneering girl detective.
Reviewed in the United States on May 22, 2018
Verified Purchase
Jodie Toohey skillfully puts a personal face on the frontier experience faced by young women, girls actually, as they worked to recover from the devastating tornado that ripped through northeast Iowa in June, 1860. This novel follows the younger of the Sinkey sisters, Alice, as she assumes the heavy responsibilities of keeping the family together during the turbulent Civil War years. Her coming-of-age story has an added dash of crime-solving spunk. She's not your average pioneer girl by any means.
Read more
Helpful
Report abuse

Itsie56
5.0 out of 5 stars great
Reviewed in the United States on May 9, 2018
Verified Purchase
I really enjoyed reading this book. It kept my interest and made me want to read more! It made me think about how people lived in that time.
Read more
Helpful
Report abuse

Rosemary56
4.0 out of 5 stars Taming the Twisted 2 - a review by Rosemary Kenny
Reviewed in the United States on May 5, 2018
Set against the background of the American Civil War, this pleasant, easy-to-read novel from Jodie Toohey has engaging characters and plenty of action and romance to please all types of readers.

It tells the tale of the Sinkey family, torn apart by the North-South divide and the loneliness and desolation felt by the women left behind. The main protagonist is Alice, Abigail's young sister. Abigail's husband Marshall volunteers to fight for the Yankees against the slave-owners of the Southern states. leaving his young pregnant wife behind. Abigail finds it particularly hard to cope with only the young Alice to help with the baby, Josie, as well as caring for their younger siblings, Samuel and David too. When a report comes that Marshall is missing in action and presumed dead, how will the young family survive?

Who is Joseph and how were he and Abigail connected before she met Marshall?
What does Joseph know about Marshall's supposed death? What are his intentions towards Abigail now? Where does Alice find Marshall and in what condition?
What is Marshall accused of doing during a battle? What happens as a result?
Who was really guilty of murder? What happens to Alice after Marshall stops the wedding?
How does she persuade Joseph to surrender to police?

With red herrings galore and enough love tangles to make the reader's head spin, you'll never be bored while engrossed in this fascinating tale of love and betrayal with a happy ending despite the odds against it!
I received a free early copy of this book so I could give an honest review of it.
Read more
Helpful
Report abuse

It was fascinating to watch Alice's growth from a young orphaned girl over-burdened with responsibility, to a mature young woman of responsibility capable of handling her own romantic suitors as well as solve a long standing homicide and bring families ripped apart by it back to friensdhip.

An insightful story bringing us through the Civil War years and the added burden on a family when the man of that family heads to war. It helps the reader see those war years in personal terms, not battles. Wordsy Woman has done it again! Enjoyable reading.
Read more
Helpful
Report abuse

Kindle Customer: J.B.
3.0 out of 5 stars Truth
Reviewed in the United States on August 24, 2018
The mystery remains as the question lingers as to the truth about what happened to Marty Cranson. After a terrible tornado that had killed their parents, siblings: Abigail, Alice and twins David and Samuel are left to care for one another. Abigail has a lingering love for her past beau Joseph and can't seem to understand why he broke off their engagement and left without saying goodbye. As time passes, Abigail marries Marshall and is with child as he leaves to go to war and Alice is left to be the strong hold of the family. Alice and Lucy are battling their friendship over who is to blame for her mother's execution over the murder and Alice's bravery and curiosity get the best of her as she adventures out on her own to seek the acts about the crime and who is behind the mystery murder. Surprises are popping up left and right and forgiveness seems to be the key to unlocking secrets while trying to decipher a decision as to whether or not settling down and keeping things normal is worth the wait while seeking a confession.
Read more
Helpful
Report abuse
See all reviews

Cath McTernan
4.0 out of 5 stars Rebuilding After A Tornado - The Aftereffects
Reviewed in the United Kingdom on June 3, 2018
Verified Purchase
This is book 2 in the Reconstructing Rain series, but can be read as a standalone. The story continues on from the aftereffects of a lethal tornado that killed the Sinkey family’s parents and left Abigail and Alice to look after their much younger twin brothers. Abigail was engaged to be married to Joseph, who disappeared during the tornado, with a body of another man being found murdered after the tornado as well.

Abigail, the older sister, is now married to a man called Marshall, who came along after the tornado and leaves her to fight in the war (of Independence), feeling it is something he must do and she tries to stop him with a sudden family bit of news. Alice the younger sister, is now the main part of the story, feeling the pressure after her sister falls apart with Marshall’s departure. She has also had to deal with the death of her parents at a young age and having more responsibility for the care of her young brothers, deal with all the housework, laundry and dealing with planting etc to keep them all alive.

Too much for her young shoulders and she just wants to escape! She has lost the friendship of her only friend soon after the tornado and has had to stop going to school. She tries to escape for short periods and attracts the interest of some young men, lies about her age and finds that maybe this isn’t quite what she expected as an escape route.

Matters come to a head when someone from the past suddenly turns up and Alice has to find out how to guarantee her family will be safe if she wants to escape her stifling life. An interesting story in the realms of The Little House On the Prairie, a story of sisters living in the 1860’s, on the outskirts of a small town. With all the stuff that a small old fashioned town has, gossips, neighbours interfering and small time feuds.

A good story, for the period. The last quarter was the most interesting for me, with all the loose ends from the events of the tornado onwards, coming to an unexpected conclusion. Not too long a story, so can be read in a day quite easily. I received an ARC copy of this book from the author and I have freely given my own opinion of the book above.
Read more
Report abuse
See all reviews
Back to top
Get to Know Us
Make Money with Us
Amazon Payment Products
Let Us Help You
EnglishChoose a language for shopping. United StatesChoose a country/region for shopping.
© 1996-2021, Amazon.com, Inc. or its affiliates