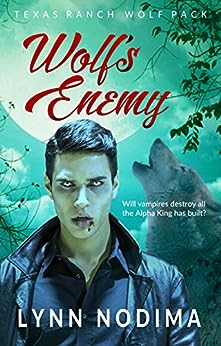 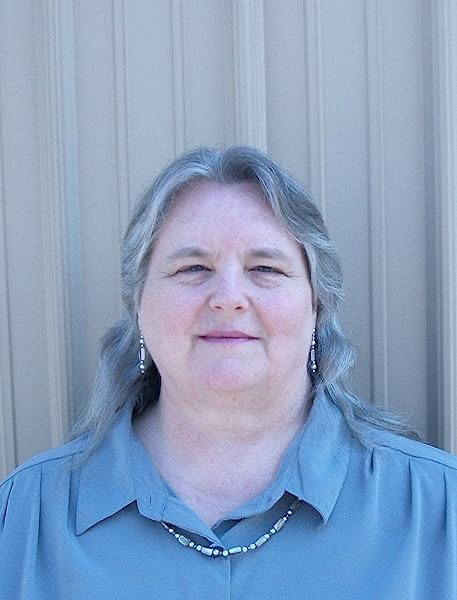 Human-raised Nate Rollins struggles to unite all werekind, worldwide, into one kingdom.

Building a kingdom is hard when you don’t have a country of your own.

With enemies attacking his family and pack, Nate must defend them all while striving to fulfill the charge given him by the Progenitors.

But that's not easy when both human and were leaders don't yet have a reason to trust him.

As Nate's step-father, Dusty was tortured for two full decades for preventing evil forces from finding his step-son before he could protect himself.

With Nate grown and his captivity over, all Dusty wants is to settle down with his true mate and create a blended family.

But every time he approaches her, she runs.

Widowed, Nettie won't take the risk her true mate will be as evil as the alpha she was forced to mate.

After years of spousal abuse, the thought of mating again is terrifying.

Even if her true mate is the king's step-father.

Besieged by enemies within and without, will Nate keep his people safe, or will rogue vampires destroy the were and enslave humans?

For the most enjoyment, these should be read in book order:

Audible Holiday Deal
Join Audible Premium Plus for 60% off. Only $5.95 a month for the first 3 months. Get this deal
Books In This Series (12 Books)
Complete Series
Texas Ranch Wolf Pack Series
Kindle Edition
Page 1 of 1Start OverPage 1 of 1
Previous page
Next page

Lynn Nodima learned to love telling stories from her tall-tale telling grandfather, her story-spinning father, and her mother’s round-robin storytelling games. Spinning yarns (Texan for telling tall tales) is in her blood, and she happily continues the family tradition.

The main difference is that Lynn writes her stories down to share with people she will never meet. Lynn writes clean urban fantasy, contemporary romantic suspense, paranormal romances/adventures, fantasy, and science fiction.

Lynn's books do not contain profanity or details of sex and are safe for young teens to read.

Tamara Kasyan
5.0 out of 5 stars Couldn't Put It Down!
Reviewed in the United States on May 30, 2018
Verified Purchase
An action-packed story that had me glued to the pages. Things are never easy for the Texas Ranch Pack. Just when things were starting to return to normal and the pack was working towards the future, enemies return. Not only that, but another pack looking for power makes a move towards Nate's daughter and there is the threat of public exposure of the paranormal. While Nate tries to juggle all his responsibilities, the rest of the pack must protect the ranch. Dusty and Nettie play a larger role in this book and finally are forced to address their connection. But that's not the only changes this book brings. New allies are made, an epic battle ensues, and by the end of the book we see new couples getting together, some members of the pack leaving, and it ends with three surprises. I love the direction this book took the series in and I can't wait to see where the next one takes me!
Read more
One person found this helpful
Helpful
Report abuse

Deb_B_Me
5.0 out of 5 stars This Latest Story is a 6 Star page-turner, as is the Whole Series IMHO :)
Reviewed in the United States on July 12, 2018
Verified Purchase
Get ready for a thrilling roller-coaster ride in contemporary PNR fiction! ... I was glued to my seat from the start by the fast-paced action, surprise twists and a fresh new plot! “Wolf’s Enemy” is the latest fantastic must read from the ‘Texas Ranch Wolf Pack’. The amazing characters come to life with great descriptions, witty dialogue, and scenes that either made me laugh out loud, or brought tears to my eyes in this and each previous six, I mean 5-star book in this series ;) I highly recommend all of these page-turners to fans of fiction! There’s suspense and clean romance with some insinuated heat, but without pages filled by detailed sex, so that IMO these are PG for violence & suitable for teens, and they have HEA's :D I can’t wait for more from Ms. Nodima, but I will, tho impatiently ;)
Read more
One person found this helpful
Helpful
Report abuse

Emily Dickson
5.0 out of 5 stars Great addition to the series!
Reviewed in the United States on May 30, 2018
Verified Purchase
This was a great addition to the series. I really enjoy these shifters and all the trouble that seems to come their way. Nate was great in this book as he had to deal with the actual President. Let alone different problems taking place at home with his daughter and her mate. Lots of action and great characters. I would recommend reading the previous books first to make following the story easier. And since they were all great stories each of them.
Read more
One person found this helpful
Helpful
Report abuse

Teresa Sargent
5.0 out of 5 stars Great series
Reviewed in the United States on July 13, 2021
Verified Purchase
This is an exciting series. It has kept my attention and story line hasn't dwindled. Can't wait to read the next one.
Read more
One person found this helpful
Helpful
Report abuse

Stacy Hartley
4.0 out of 5 stars Great edition
Reviewed in the United States on May 30, 2018
Verified Purchase
Well written and a great addition to the series. Once I started reading I couldn't put it down.
I was given an advanced reader copy and I voluntarily leave this review
Read more
One person found this helpful
Helpful
Report abuse

Jo Ann Boothby
5.0 out of 5 stars Loved
Reviewed in the United States on June 23, 2018
Verified Purchase
Kept me from beginning to end and still looked for more did not want the story to end excellently writen
Read more
One person found this helpful
Helpful
Report abuse

SpanishLady
VINE VOICE
5.0 out of 5 stars Who Can You Trust?
Reviewed in the United States on August 12, 2018
Nate has accepted and embraces, sometimes, his new rank.....King of all were's.

But now he must contend with other power hungry alphas that would see their heirs mated to the princess, even though she has already chosen her mate at such a young age, but thus is the way of Royals and she will have none of it. Daddy must keep her and especially her future mate were panther Mason safe, less those same power hungry alphas murder the 10 year old before he even matures into manhood.

He decides it's time to come clean with the worlds greatest leader before he and his cabinet is over run by VTriumph, but will he get the chance when the Ranch is viciously attacked by VTriumph in a desperate attempt to rid themselves of the King who has turned their otherwise perfects plan Topsy turvy.

Dusty is finally seeing a light at the end of his otherwise dim tunnel, can he hope that the very abused and skittish Nettie will accept that he is her true mate?
Read more
2 people found this helpful
Helpful
Report abuse
See all reviews