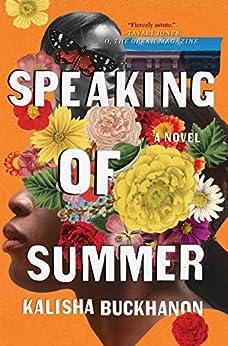 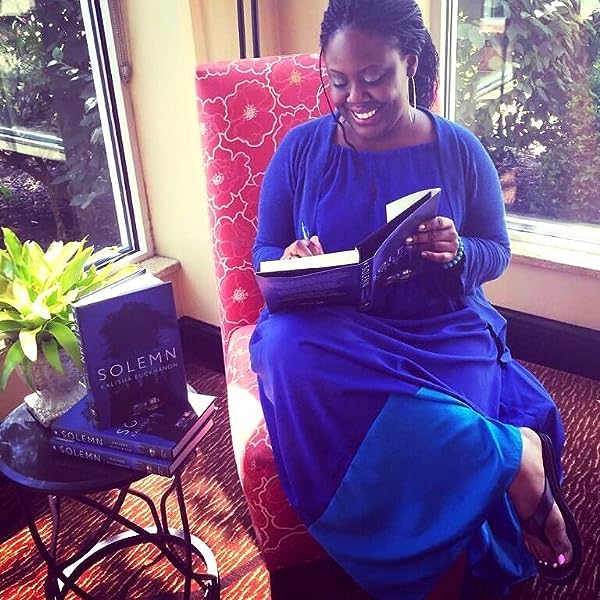 by Kalisha Buckhanon (Author) Format: Kindle Edition
See all formats and editions
Sorry, there was a problem loading this page. Try again.
A “powerful song about what it means to survive as a woman in America” (Jesmyn Ward), this “fiercely astute” novel follows a sister determined to uncover the truth about her twin’s disappearance (Tayari Jones).

On a cold December evening, Autumn Spencer’s twin sister, Summer, walks to the roof of their shared Harlem brownstone and is never seen again. The door to the roof is locked, and the snow holds only one set of footprints. Faced with authorities indifferent to another missing Black woman, Autumn must pursue the search for her sister all on her own.

With her friends and neighbors, Autumn pretends to hold up through the crisis. But the loss becomes too great, the mystery too inexplicable, and Autumn starts to unravel, all the while becoming obsessed with the various murders of local women and the men who kill them, thinking their stories and society’s complacency toward them might shed light on what really happened to her sister.

In Speaking of Summer, critically acclaimed author Kalisha Buckhanon has created a fast–paced story of urban peril and victim invisibility, and the fight to discover the complicated truths at the heart of every family.
Read more
Previous page
Next page

“Kalisha Buckhanon’s characters are both fearless and haunted, brave and burdened by the past. Speaking of Summer gives us a powerful song about what it means to survive as a woman in America.” —Jesmyn Ward, National Book Award winner and author of Sing, Unburied, Sing

”An absolutely riveting thriller about a woman who’s desperate to find her missing twin sister amid a criminal justice system that’s weighted against people of color. Come for Kalisha Buckhanon’s addictive writing and stay for a truly mind–blowing twist.” —Cosmopolitan

“This book packs a punch, so buckle in . . . [A] quick read that creatively and captivatingly approaches themes of mental health and identity.” —Sarah Neilson, Shondaland

“A voice for the invisible.” —Essence

“Will grab ahold of your mind and your heart.”—Elite Daily

“Kalisha Buckhanon has created a narrative voice that’s authentic, emotionally charged and wise, but beneath the surface of the story lurks the unraveling of a life and how 'even the biological imperative to survive' can sometimes lose against the 'power of past experiences.' Buckhanon has crafted a deeply moving psychological mystery with twists that come in unhurried moments like the small notes the sisters buried in bottles in their garden shed. I’m going to be talking about Summer for a while.” —Star–Tribune (Minneapolis)

“Mysterious urgency is what drives this complex and suspenseful novel, which follows 34–year–old Autumn as she sacrifices her professional and personal life—as well as her emotional and psychological wellbeing—in the pursuit of her missing sister, Summer. The story unravels in Autumn's mind, reading at times like a stream of consciousness with flashbacks woven throughout, and culminates in a powerful story of discovery—on the surface, a search for Autumn's sister, but ultimately an excavation of herself.” —BuzzFeed

“A dynamic and important story that will provoke needed conversations about the devastating effects of trauma and mental illness.” —Chicago Review of Books

“What do you do when your twin, your other half, disappears, and no one seems to notice? . . . Buckhanon (Solemn, 2016) captures Autumn’s frustration at the undervaluing of Black women, accompanied by the creeping gentrification of her Harlem neighborhood. Not only are individual Black women disappearing, so are the communities that keep them safe.” —Booklist (starred review)

“The novel explores issues of race, gender, and violence with nuance . . . Buckhanon understands the complexities of trauma. Her portrait of Autumn's grief, fragmented memories, and inner turmoil all synthesize current scientific research on how people cope with traumatic experiences and might seek to heal.” —Kirkus Reviews

“A spellbinding masterpiece, a riveting read from a young woman who has become a major American storyteller.” —Sapphire, author of Push and The Kid

KALISHA BUCKHANON is the author of the novels Solemn, Conception, and Upstate. Her honors include a Literary Fiction Audie Award, American Library Association ALEX Award, Friends of American Writers Award, Illinois Arts Council Fellowship, Pushcart Prize and Hurston-Wright Awards nominations, and special Young Author award from novelist Terry McMillan. She also appears on ID Channel, BET, and TV One as a true crime expert in cases involving women. --This text refers to an out of print or unavailable edition of this title.

Kalisha Buckhanon is the author of SPEAKING OF SUMMER, SOLEMN, CONCEPTION and UPSTATE as well as numerous stories, essays, articles and blogs on her site negression.com. She was a true crime TV commentator on BET, ID Channel and TV One. She and her work featured also in such media as Essence, O Magazine, People, Time, Entertainment Weekly, Cosmo, Marie Claire, Elle, The Guardian/London Observer and more. UPSTATE is an American Library Association ALEX Award winner, Audie Award in Literary Fiction winner, Terry McMillan Young Author Award winner, Hurston-Wright Foundation Debut Fiction Finalist and National Book Foundation &quot;Literature for Justice&quot; title. Kalisha has an M.A. and B.A. in English from University of Chicago, where she was elected into Phi Beta Kappa. Her Creative Writing M.F.A. is from The New School in New York City. She is at work on new projects in her home state of Illinois, where she was born in the small town of Kankakee.

4.2 out of 5 stars
4.2 out of 5
145 global ratings
How are ratings calculated?
To calculate the overall star rating and percentage breakdown by star, we don’t use a simple average. Instead, our system considers things like how recent a review is and if the reviewer bought the item on Amazon. It also analyzes reviews to verify trustworthiness.

JAS7167
4.0 out of 5 stars Thought Provoking and Engaging
Reviewed in the United States on September 20, 2019
Verified Purchase
Based on the description of the book, I was expecting a thriller: something fast-paced to keep me guessing until the end. Even the opening lines of the book have the main character running from something – a killer? Serial rapist? Someone seeking to settle a long-forgotten score?

In the end you get all the answers to these questions, though not in the way you may expect, so maybe it is a thriller after all since it does deliver an unexpected twist. The book does beg the reader to confront notions of how America treats Black women – our mental health, our girlhood, and our safety. These are things everyone is better for considering. A good read.

Ben Mattlin
5.0 out of 5 stars Gripping, moving, and smart
Reviewed in the United States on August 14, 2019
Verified Purchase
This engrossing novel is many things. It's about New York, Harlem in particular. It's about women, Black women in particular. It's about mental health. But most of all, it's about survival. Some of its surprises you may guess ahead of time (I did), but that doesn't detract from the impact of this masterful, heartfelt, compelling read.
Read more
13 people found this helpful
Helpful
Report abuse

Charlie Lomax, Turning Pages Book Club
5.0 out of 5 stars A Mystery Indeed
Reviewed in the United States on August 16, 2020
Verified Purchase
The members of Turning Pages Book Club agree that although this story line starts out slow, the mystery constantly builds, with the many characters, all who prove to be essential to the story.
This mystery touches on so many topics that are relevant today,such as how social media has both positive and negative affects on people, specifically women.The subject of how women are seen in our society, specifically black women: Are Black Women invisible, are they seen as the "Strong Black Woman", who does not need anyone because, she can do it all by herself?
Many topics are covered in this book that are relatable. However, as a mystery you will enjoy weaving through the maze of what can happen when you feel lonely, unloved, mistreated and abused!
We all agreed, although this is a slow starting book it was well worth the time to finish this exceptionally written mystery.
Kalisha Buchanan. we all concur ",this sister can write"!

BklynReader17
3.0 out of 5 stars Not my type of hype
Reviewed in the United States on January 27, 2021
Verified Purchase
There was a lot of buzz around this book and I had it on my to read list for a long time. I finally got to it and found myself frustrated with the characters and the pacing until I reached the point of disappointment. I finished to see if the ending would turn around but after all the hype found myself just annoyed with those that loved it soooooo much. Not the way I wanted to start my reading year off.
Read more
5 people found this helpful
Helpful
Report abuse

Kindle Customer
3.0 out of 5 stars Not for me Me
Reviewed in the United States on May 18, 2021
Verified Purchase
I was done after the twist. The story seemed to fall apart after that. Found it hard to pay attention or even want to finish.
Read more
3 people found this helpful
Helpful
Report abuse

Angelia Vernon Menchan
VINE VOICE
5.0 out of 5 stars Startling
Reviewed in the United States on August 5, 2019
Verified Purchase
This book took me in seductively, having me grieve a character and want to know more as layers were revealed... then almost in midstream, shaking me up and making me crave knowledge of the other character. Ms. Buckhanon exposed so many things about girls, women, mental health, love and life. Yes. All of that. #cillasbookmaniacs
Read more
3 people found this helpful
Helpful
Report abuse

Tweety
4.0 out of 5 stars Slow but good read
Reviewed in the United States on October 21, 2019
Verified Purchase
This book was slow going at first but when it got going it was a really good story. I like Kalisha Buckhanon’s writing and this story did not disappoint
Read more
2 people found this helpful
Helpful
Report abuse

Beverly J. Harris
4.0 out of 5 stars Real fascinating read.
Reviewed in the United States on September 16, 2019
Verified Purchase
The story line was grueling at first I was intrigued. When the story got involved it was not easy to stop reading. Layer were peeled back to find the true heroine Autumn.
Read more
2 people found this helpful
Helpful
Report abuse
See all reviews