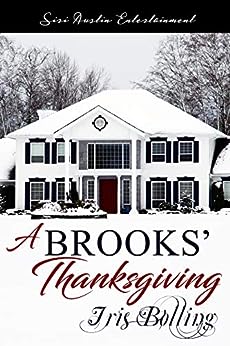 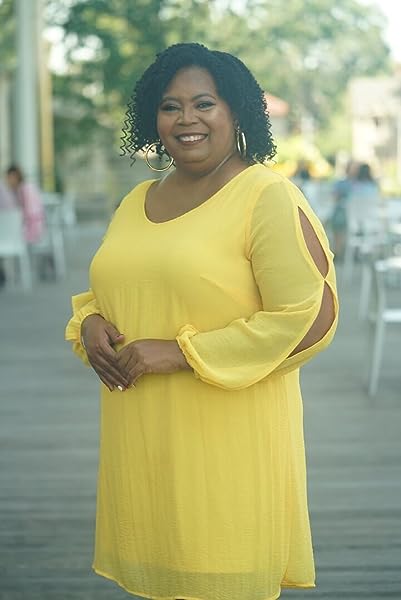 by Iris Bolling (Author) Format: Kindle Edition
Book 4 of 4: A Brook's Family Values
See all formats and editions
Sorry, there was a problem loading this page. Try again.
Holidays are always challenging.

The values of the prestigious Brooks family is at stake when drama enters into the festivities as relatives and love ones arrive.

Beginning with the NBA star Jason Whitfield and his wanna-be baby momma, who has her irons in the fire for singing sensation, Taylor Brooks. As Taylor struggles to find her place in the music industry, her cousin James Brooks Jr. announce his intentions to enter law school. The family is thrilled. That sentiment changes when he adds his plans to marry Princess Zsa Zsa Ashro to the mix. Certain members of the family are now conspiring to thwart his plans

And finally, the purpose of the gathering, the wedding of Vernon Brooks to Rene Naverone is compromised, as her team-member Genesis insist on conducting an FBI investigation into the girlfriend of her soon to be brother-in-law.

A Brooks’ Thanksgiving begins with a brawl, climax to a wedding and end in an arrest. A traditional family gathering, sprinkled with a touch of true love.
Read more
Previous page
Next page

"Base Notes" by Lara Elena Donnelly for $6.99
A lasting impression is worth killing for.| Learn more
Books In This Series (4 Books)
Complete Series
A Brook's Family Values
Kindle Edition
Page 1 of 1Start OverPage 1 of 1
Previous page
Next page

Iris Bolling’s published her first novel, Once You’ve Touched the Heart in 2008. This self-published work was the first of the five additional books to complete the Heart Series. The popular Heart Series has captivated the hearts of readers and awarded Iris the Emma Award as Debut Author of the Year in 2010

In May of 2011, Iris introduced a new cast of characters in her in Night of Seduction Series. The second book in the series, The Pendleton Rule was reviewed in USA Today and received, the 2014 Emma Award for Suspense of The Year.

In 2012, she began the Gems &amp; Gents series with her novel Teach Me, which generated an importune shoe contest on Facebook that spanned the international waters. It continued with the release of the very popular Book of Joshua I and Book of Joshua II. The series has earned Iris several awards including 2014 Hero of The Year and 2015 Heroine of The Year.

The beginning of her third series, The Brooks’ Family Values, was introduced in her novel Sinergy in 2014, followed by book 2 Fatal Mistake and Propensity For Love, both released in 2015. Propensity For Love was awarded the Villain of The Year honor and has been nominated for several 2016 Emma awards.

Iris received the honor of being named Author of The Year twice since the inception of her career, 2012 and 2014.

In 2014, Iris stepped into a new venture geared towards bringing books to film. She produced The Heart, a television series based on her popular novels. Season two aired in the spring of 2016 and is now available on Amazon Video. Iris is now producing and directing Deadly Sexy, a novel written by the USA Today best selling author, Beverly Jenkins. The movie is tentatively scheduled for release in 2018. Next up will be Unfinished Business with NY Times bestselling author Brenda Jackson.

Adding more to her resume’ Iris is now doing quest-speaking engagements to share her experience and to encourage others to follow their dreams.

Iris currently lives in Richmond, Virginia where she is working on her next series.

Kindle Customer/AY
VINE VOICE
5.0 out of 5 stars Gotta love these families!
Reviewed in the United States 🇺🇸 on March 31, 2022
Verified Purchase
The Brooks family has more secrets than carter has liver pills! Where does one begin with this story? The cross pollination by the brothers and uncles with each other's wives leaves an offspring situation only DNA can properly address. I love that this family loves one another, goes to the wall and back for each other and is protective with no apologies for being so!!!! Question? Will we see Patrice again after she has gotten treatment and will she turn out worse? Rene and her team of lady agents impressed me beyond belief. Another question? Is Renee's heritage Native American? I love Rene and Vernon together and how all members of all of these connected families mesh so well together!!!!!!! Thank you Iris I am reading to catch up getting introduced to your writings at this time let's me know just how many intriguing suspenseful novel I have missed out on enjoying. This book is an excellent read!
Read more
Helpful
Report abuse

Gwen Morris
5.0 out of 5 stars Never a dull moment
Reviewed in the United States 🇺🇸 on April 8, 2022
Verified Purchase
I’m so glad Vernon got his happy ending!! I knew something was off with Patrice, especially when she threatened Genesis! Taylor & Jason…loved it.
Read more
Helpful
Report abuse

K. Floyd
5.0 out of 5 stars Family coming together
Reviewed in the United States 🇺🇸 on January 20, 2022
Verified Purchase
I enjoyed how the family came together to solve old and new problems. Loved how G. Morgan believed in her gut feelings to protect Bobby. Liked the new stories that will come from this book.
Read more
Helpful
Report abuse

Nada_Cherry bomb
4.0 out of 5 stars A Brooks Thanksgiving (Brooks 👪 Values 📖 4)
Reviewed in the United States 🇺🇸 on September 25, 2021
Verified Purchase
I finished reading another good series by author Iris Bolling. The Brooks clan is all about uplifting and supporting each other. Family over everything.
Read more
Helpful
Report abuse

Ms Ross
5.0 out of 5 stars Vernon's Story
Reviewed in the United States 🇺🇸 on August 29, 2021
Verified Purchase
Great read! I enjoyed the entire series. Ms Billing does not disappoint. Her books have everything, strong characters, drama, romance and laugh out loud moments. Vernon and Rene are getting married if the families can survive Thanksgiving dinner.
Read more
Helpful
Report abuse

MJ
5.0 out of 5 stars Can't Get Enough!!
Reviewed in the United States 🇺🇸 on July 17, 2020
Verified Purchase
Ok Ms. Bolling...I thought I would be satisfied with the latest addition to The Heart Series, but I want more. I went back and read this book, but I find that I want to revisit these characters for an update. I don't care how you do it, but I'm gonna need to see how these couples grow. And I want to see Bobby find REAL love. Patrice was a.piece of work!!! Thank you for these wonderful stories.
Read more
Helpful
Report abuse
See all reviews