You've subscribed to The Chronicles of Philip Williams! We will preorder your items within 24 hours of when they become available. When new books are released, we'll charge your default payment method for the lowest price available during the pre-order period.
Update your device or payment method, cancel individual pre-orders or your subscription at
Your Memberships & Subscriptions
There was an error. We were unable to process your subscription due to an error. Please refresh and try again. 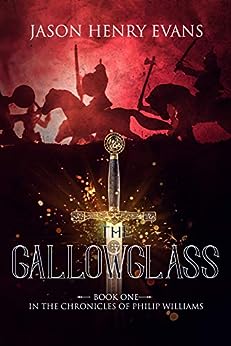 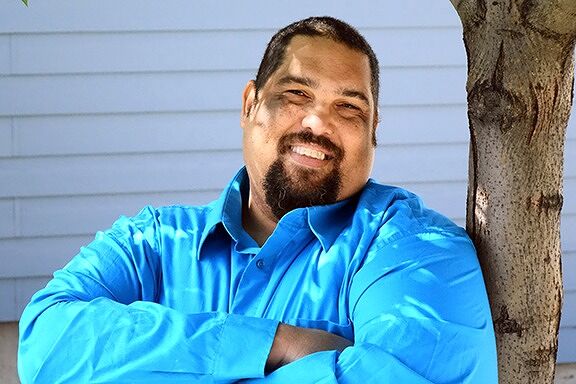 The Gallowglass: Book One in the Chronicles of Philip Williams Kindle Edition 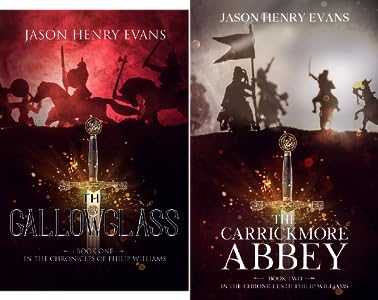 Michael Ballard
4.0 out of 5 stars Young English mercenary survives the sack of Calais, captains a small company of foot in Ireland
Reviewed in the United States on September 4, 2019
Verified Purchase
We meet Philip Williams near the end of the sack of Calais. He is a young bastard who joined a mercenary company of foot that became his adoptive family. He is offered the opportunity to captain his own small company in the service of Queen Elizabeth, putting down rebel forces in Ireland.
From the time he arrives in Ireland, almost nothing goes as expected. How he manages to meet and overcome challenges from all sides and, eventually, find a very personal reason to keep fighting the rebels is what you'll find in the rest of the book. The story is full of very realistic vignettes of how life was lived by many, perhaps most of the people in the area and at that time.

I was a member of the Clan MacColin of Glenderry, AKA St. Andrew's Guild at the Southern California Renaissance Faire when Jason was there. There is a significant feeling of pride in the group to see 'one of our own' now a published author and especially since the novel includes significant historical characters and events of the time period we portray at the Faire.
Read more
Helpful
Report abuse

Donberry
5.0 out of 5 stars Immersive
Reviewed in the United States on July 25, 2019
Verified Purchase
I love historical fiction like this - a very deep dive into a world long past. You don't just get a riveting story, you live in that world, smelling it, feeling it, tasting it. Gallowglass very much reminds me of my favorite book of all time, Ken Follett's Pillars of the Earth, except less architecture more army. Philip Williams is an awesome hero - a man of courage, compassion, and integrity. I blame the errors in punctuation etc. on the proofreader rather than the storyteller. A more important concern for me is historical accuracy and Jason Evans is meticulous about that. Recommended.
Read more
Helpful
Report abuse

Eric Stallsworth
5.0 out of 5 stars Irish History, told with heart, morality, and intense action
Reviewed in the United States on September 7, 2019
Verified Purchase
Gallowglass is a deeply thrilling ride, a touching romantic adventure and a journey through 16th century Ireland, all wrapped up in one. The main character Philip is taken from one desperate situation to another, as war rages across the country, all while maintaining the highest moral and ethical stance possible. He falls in love, grows as a character and leaves you smiling in admiration at how he handles every situation he's thrown into.

Jason Evans is a masterful author who combines masterful storytelling with a deep reservoir of historical knowledge. He's able to pull you into this era of history and keep you there with this flowing epic involving war-torn Ireland. Gallowglass is a must-read, one you won't be able to put down.
Read more
Helpful
Report abuse

Amazon Customer
4.0 out of 5 stars The Gallowglass
Reviewed in the United States on March 28, 2021
Verified Purchase
This was a very enjoyable book. The characters well fleshed and thought out. The continuation of the story in a very linear line so reading it became a pleasure.
Read more
One person found this helpful
Helpful
Report abuse

Tom Templeman
5.0 out of 5 stars A well-done, balanced view of the 16th Century Irish Wars through Historical Fiction
Reviewed in the United States on August 11, 2019
Verified Purchase
I am well-versed in studies of 16th Century Ireland and Scotland and the troubles and conflicts of the time. The author, Mr. Evans, while writing from the English point-of-view, still provides a very balanced perspective of showing the good and evil that happened on both sides during the Anglo-Irish conflicts of the 16th Century. The author clearly has done his research, as the battle tactics and the described clothing, weaponry, language and politics are extremely accurate to everything I have studied. It is hard enough to be accurate in a non-fictional setting; to show this much accuracy in a romantic historical fictional setting takes an incredible amount of work. Kudos to Mr. Evans, well done!
Read more
Helpful
Report abuse

Aaron M Ritchey
5.0 out of 5 stars An Intriguing Odyssey Into the Depths of History
Reviewed in the United States on July 30, 2019
Verified Purchase
I'm a fan of Jason Henry Evans and his attention to detail. And I love history. Put them together, and I couldn't stop reading. A first-class debut.
Read more
Helpful
Report abuse

Colorado Reader
4.0 out of 5 stars Stirring epic in a dynamic setting
Reviewed in the United States on June 30, 2020
In mercenary captain Philip Williams, Evans gives us a literary heir to Cornwell's Uhtred. Where that famed fictional Saxon's destiny lay intertwined with the future of Britain, so does Philip's, only at a few centuries remove. The captain's independence is skillfully blended with and juxtaposed by his dogged adherence to chivalry and a code of honor that is part ancient knight, part veteran soldier, part selfless leader, and part fallible human.
Evans sets his story in late 16th century western Europe; ranging from Spain to Britain to Ireland in the first hundred pages. Here is a time that fiction has yet to fully mine and the author takes license to show us a history typically resigned to graduate students. Filled with a marvelous cast of supporting characters, political intrigue, action, adventure, and a protagonist that grows deeper with each turn of the page, The Gallowglass is an outstanding read for any fan of European historical fiction.
Read more
Helpful
Report abuse

Mr. Heavy Steps
4.0 out of 5 stars A great book to kindle your interest in history
Reviewed in the United States on July 21, 2019
I don't usually read historical fiction, but this book has me reconsidering that position. With great characters and an easy to follow narrative, The Gallowglass swept me into it's story so subtly I barely noticed. Without really realizing it, I was cheering for the protagonist by the third chapter. By the sixth, I found myself wanting to confront his incompetent and bigoted lord. And by the tenth chapter I was truly rooting for his romance to work out.

As another reviewer pointed out, there are a few mistakes that slipped past the editors, but nothing more than I've encountered in any small authors work, and nothing that detracts from the story. This would be a good book for a big name author. The fact that this is the authors first book has me eager to read his next.
Read more
One person found this helpful
Helpful
Report abuse
See all reviews