Skip to main content
The HemiHelix Effect (4 book series) Kindle Edition
The HemiHelix Effect (4 book series)
Kindle Edition
by Bea Schirmer (Author)
From Book 1: He sides with the weak. His punishment is top spot on the killer’s ‘to-do’ list. Will he notice he’s next before it’s too late? Will he run, fight – or just roll over and accept the inevitable?
Lukas Novak's oldest friend Tibor has just dropped dead under suspicious circumstances. And now Lukas doesn’t trust the staff at Tibor’s last residence, Fairhaven care home.
Smelling a rat he swiftly takes action, ready to put noses out of joint. Hot on the trail of a sinister conspiracy and a death toll of 10 corpses in 10 weeks, he stumbles straight into the arms of the home’s enigmatic faith counsellor, who promises Lukas’s lost soul instant salvation. A call to invite his ‘Guardian Angel’ into his life drives Lukas to the edge of sanity, paranoid he could be marked a serial killer’s next victim.

Lukas’s hidden vigilante streak seeks justice for the weak and innocent in this gritty British crime thriller. His hunt to expose a sick and deadly scam leads him high into the Swiss Alps to confront the pursuing evil and face a noxious family secret.
Will he be able to outsmart the killer in time to save his own life?
Find out now!

This book was previously available as 'The Last Convert - Hard Justice'

Lukas’s hidden vigilante streak seeks justice for the weak and innocent in this gritty British crime thriller. His hunt to expose a sick and deadly scam leads him high into the Swiss Alps to confront the pursuing evil and face a noxious family secret.
Will he be able to outsmart the killer in time to save his own life?
Find out now!

This book was previously available as 'The Last Convert - Hard Justice'

His cargo – Ashes. Teeth. Bone fragments. Gold.
And an old ring, adorned with a skull.
His mission – Shrouded in mystery.
His destination – The darkest secret. Forgotten and left buried for decades.
His errand sounds simple, and a little heroic. Take his late uncle’s ashes back to Poland and return the inherited World War 2 artefacts to their rightful owners.
Yet on his arrival in Warsaw Lukas Novak’s plans have been changed for him, without his knowledge; drawing him into a web of intrigue and suspense back to a time when European history was at its darkest.
Driven to the edge of his life by a mysterious mission conceived during the last days of the war, Lukas is forced to face his responsibility in the dramatic chase for the mission’s objective, play his part in the discovery of an unspeakable secret and make sense of his covert assignment as his family’s distant and forgotten history unravels around him.
Will he save his own life and stop the threat before it is too late?
Find out now! This whopping 496 page epic is only 1 click away!
Read more

3
Match Games - The Odds Are Lethal: A Lukas Novak Investigation (The HemiHelix Effect Book 3)
by Bea Schirmer (Author)
5.0 out of 5 stars (5)

“This is a brilliant read. I just couldn't put it down."
The odds are lethal.
A secret conspiracy. A corrupt soul. And a vengeful psychopath returned from the grave.
Sticking his nose into a betting scam right on his doorstep turned out to be a bad idea. Now the hunter has become the hunted and he is on the run.

Slightly dishevelled, self-proclaimed investigative journalist Lukas Novak inadvertently disturbs a hornets’ nest when following up a mysterious blog’s match-fixing allegations at football giants Mancunia FC. When the wrong people start getting hurt the hunter becomes the hunted and Lukas finds himself a non-person, on the run from a GBH charge.
Unsure who and what to trust Lukas stumbles upon answers that he hasn’t been looking for and that change the course of his investigation and his own life forever.

Reviews:
“A winning Combination of Grit, Character, and Romance.”
“This is a brilliant read. I just couldn't put it down. The plot is truly gripping. There were pages where my heart was racing and I just couldn't devour the words quickly enough. I can't recommend it enough.”
“Absolutely gripping and a very exciting read! Really looking forward to the next instalments!”
“Brilliant story about football, fixing games, love and corruption.”

5
No U-Turn On Dead End Street - Fear Has No Mercy - A Lukas Novak Novella (The HemiHelix Effect Episode 5): A Lukas Novak Mystery Novella
by Bea Schirmer (Author)
4.5 out of 5 stars (7)

Fear has no mercy
Has he really killed a man?
The police believe he is guilty – and so do his loved ones.
His only way to redemption is to 'go dark' - Down and Out.

It had all drifted away from him so quickly. Demoralised, betrayed and at the end of his physical and mental strength Lukas Novak faces the ultimate punishment. He has killed a man and during his flight from the consequences his actions take him down a spiral of personal nightmares. Escape being the only way out he is being dragged deeper and deeper down a hole which isn't of his own digging and ends up being pursued by an unknown foe, wanting nothing but revenge and Lukas’s death.
Reviews:
“Schirmer's style is visceral and gritty but with lots of intelligence and style.”
“Lukas is a wonderful drawn character - he certainly has been there, done it - and worn the tee-shirt .... what a great character!”
“Dark with lots of swearing! Gets you wanting more.” 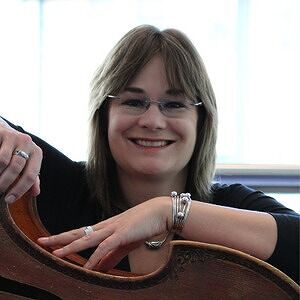 Bea Schirmer is an author, composer & professional double bass player with the Hallé Orchestra, one of the oldest UK symphony orchestras.

Born in Hannover/Germany she came to the UK to study double bass at the Royal Northern College of Music and subsequently joined the Hallé in Manchester.

She is very active in the Hallé's multifaceted education programme, as a workshop leader & a composer both for the orchestra & the Hallé's progressive new music ensemble, ALEAtronic (www.aleatronic.com).

With ALEAtronic Bea has released the album 'First Take'. Her solo efforts can be heard on Marbelious's album 'Almost Yours'. Both albums are available on Amazon Music.

She runs her own music production company, CoreSounds Productions (www.coresoundsproductions.com).

Bea is a prize winner of the UK songwriting competition.

She has also been awarded the Royal Philharmonic Society's inaugural 'Salomon Prize' for outstanding services to the orchestra, and to its education programme.

'Match Games' is part of a 5 book series of thrillers called 'The HemiHelix Effect' – “In human psychology The HemiHelix Effect is the individual's realisation that one has the ability to double back on oneself, whatever the circumstances”:

3. Match Games – The Odds Are Lethal

4. The Hun Hunter – (Under Construction)

5. No U-Turn On Dead End Street – Fear Has No Mercy

Details of Bea's creative work can be found on her website at www.beaschirmer.com