You've subscribed to The Hell Gate Series! We will preorder your items within 24 hours of when they become available. When new books are released, we'll charge your default payment method for the lowest price available during the pre-order period.
Update your device or payment method, cancel individual pre-orders or your subscription at
Your Memberships & Subscriptions
There was an error. We were unable to process your subscription due to an error. Please refresh and try again. 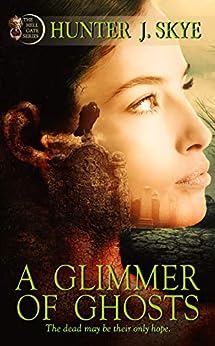 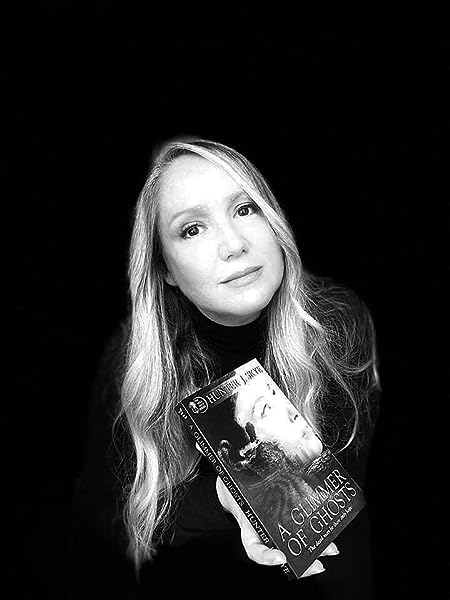 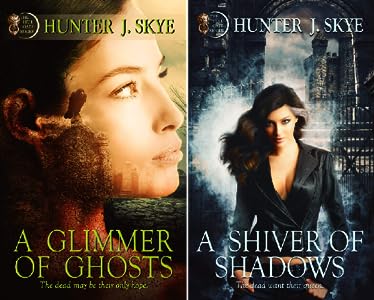 kelly610
5.0 out of 5 stars Impressive supernatural story
Reviewed in the United States on April 10, 2021
Verified Purchase
A Glimmer of Ghosts, by Hunter Skye, centers around Melisande - Mel - a gifted artist, who suffers from severe narcolepsy, and her team of hunky ghost hunters. However, as much as her narcolepsy controls her, she controls it, manipulating it to communicate with ghosts, spirits, and more corporeal entities.

An encounter with a malevolent ghost alters all of their lives, pitting them in a battle that brings them to the very gates of Hell. As Mel’s powers to manipulate the spirit world around her strengthen, her threat to them makes her, and those she loves, a target. The reader is swept along with Mel in her journey to understand and harness this developing ability to defeat the elements of darkness - but can she trust the sexy ghost who claims to want to help her?

To be honest, I was hesitant about reading this book as it’s not my usual genre. However, living in the Tidewater, VA area, it’s hard to escape the stories of hauntings in and around Portsmouth. I was interested to see how Hunter wove existing people, places and events with Mel’s supernatural tale, and I was not disappointed. Hunter has a gift for creating solid, believable characters. In fact, there are characters and their issues that beg for their own story line. Also, her writing is crisp and carries the story quickly; there is no weighted down, extraneous detail that distracts the reader from the story line. She also has a flair with words - “A feathery lick of loathing” was an absolute favorite line!

In all, I’m really glad I took a chance on this book and anxiously await its sequel, A Shiver of Shadows, that is slated to come out next month.

C. Burgess
5.0 out of 5 stars What a Fantastic Read!
Reviewed in the United States on February 24, 2020
Verified Purchase
I really loved this book. The story is highly engaging, the characters are interesting and multi-dimensional and it was just quite entertaining. Even if you aren't traditionally a reader of this kind of book, I encourage you to give it a try. It really transcends the genre. I hope to read more from this author very soon!
Read more
2 people found this helpful
Helpful
Report abuse

Melody
5.0 out of 5 stars Intriguing and Romantic
Reviewed in the United States on May 17, 2020
Verified Purchase
The shadowy dreamlike world of narcolepsy is a subject in this stunning story full of adventure and deception. The first page hooked me with its snappy dialogue and the well-drawn characters. The author has a creative and playful way with language. Lots of in-depth research went into both the contemporary setting and the historic ghostly encounters. The imagery in the scenes carried me through like a dream, which I believe was intentional. Edwardia intrigued me with her beauty and her transformations into the monstrous villain. Thank goodness, the southern hero was on hand to help Melisande (Mel) Blythe survive.

My interest in reading this book came from my granddaughter suffering from the same disorder. She discovered it when she woke up to find her car hugging the guardrail. The doctors gave her medication, but her narcolepsy wasn’t as bad as the heroine’s in this book. I’m glad that the author brought this affliction to the light of the reading public.
Read more
One person found this helpful
Helpful
Report abuse

Robert Herold
5.0 out of 5 stars For Fans of The Dresden Files!
Reviewed in the United States on May 19, 2021
Verified Purchase
If you love Jim Butcher’s novels, you’re sure to love Glimmer of Ghosts. The heroine is an appealing narcoleptic ghost-hunter who gets more than she bargained for when she and her team of paranormal investigators film a ghost hunting expedition in a Portsmouth cemetery. There is supernatural suspense, action, and romance. Author Hunter J. Skye has a gift for bringing the dead to life with her deft prose and engaging characters. This award-winning novel is sure to please any fan of urban fantasy and paranormal romance.
Read more
Helpful
Report abuse

Rachel Pufahl
5.0 out of 5 stars Loved it!
Reviewed in the United States on April 4, 2020
Verified Purchase
The story is so original. I really loved this book. The main character is very likable and relatable. I’ll definitely read the upcoming books.
I am not such a fan of ghost stories, I’m more of a vampire fan, but this one really has me hooked.
Read more
One person found this helpful
Helpful
Report abuse

Virginia Wiatt
5.0 out of 5 stars A Wonderful Escape from a Dark and Stormy World!
Reviewed in the United States on March 17, 2020
Verified Purchase
Possibly the best way to describe this book is to use movie titles and mix the Exorcist with The Ghost and Mrs. Muir. I’m not a romance reader but was intrigued by the historical location, the paranormal theme, and a differently abled protagonist. Throw in an enticing hero from the past and you have a book that is frightening one moment and highly erotic the next. The book is well written, smart, scary, visual, and very sexy. In a time when our lives are on edge, A Glimmer of Ghosts provides a wonderful escape.
Read more
One person found this helpful
Helpful
Report abuse

Joy
5.0 out of 5 stars Great Ghostly Read!
Reviewed in the United States on March 1, 2020
Verified Purchase
Awesome read! Love the historical portion about Portsmouth, Virginia! Love the heroine and all the characters involved. The use of actual sites in Portsmouth and actual historical figures. I am looking forward to the second book!
Read more
2 people found this helpful
Helpful
Report abuse

Kat Cullen
5.0 out of 5 stars Great romantic ghost story
Reviewed in the United States on April 26, 2020
Verified Purchase
I read it in one afternoon and can't wait for the next one . Good blend of Tidewater history and mystery
Read more
One person found this helpful
Helpful
Report abuse
See all reviews