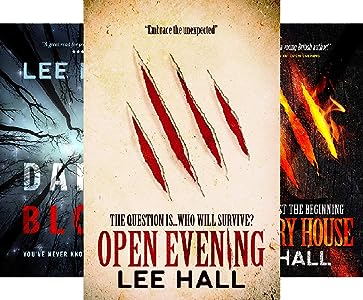 Darke Blood: You've never known true darkness (The Order of the Following Series) (May 18, 2017)
by Lee Hall (Author) , Satin Publishing (Editor)
4.2 out of 5 stars (28)
“There are more than shadows lurking in the darkness of those trees.”

Blake Malone is in search of a new start and arrives in the remote forest town of Darke Heath. The memory of his past mysteriously becomes a blur as he discovers this place isn’t what it seems.
Malone shares a romantic encounter with a woman named Caitlyn and she reveals herself to be a ‘creature of the night’. He learns of her story which intertwines with the history of the ‘Heath’. Together they must face the evil forces of vampirism and witchcraft that await them in the Darke forest.
But just who is Blake Malone? That’s something even he must fight to discover. Because ‘you’ve never known true darkness…’

Cemetery House (The Order of the Following Series) (Oct 28, 2018)
by Lee Hall (Author) , Satin Publishing (Editor)
4.5 out of 5 stars (20)
The survivors from Open Evening are back for their next chapter and together they must face life after high school. Led by a man named Twister, they learn of his origins and where he came from; a place that suffered a similar fate to their hometown. Accompanied by his newly formed crew, Twister must return home to face the demons of his past, only now the town has been converted into a horror-themed amusement park.With a ‘purge’ imminent in the park, those who survived high school must look for answers as they take on their next challenge. The world of work can be filled with horror hiding just beneath the surface which has returned yet again for the roller coaster ride that is Cemetery House.So get ready to run, think, fight and live, because ‘survival was just the beginning…’
Read more

Darke Awakening: Embrace The True Darkness (The Order of the Following Series) (Sep 30, 2020)
by Lee Hall (Author) , Satin Publishing (Editor)
4.7 out of 5 stars (5)
There has been an awakening in Darke Heath…

Blake Malone is back to face the shadows that surround Darke Heath and they stretch further than anyone could imagine. Even though the previous vampiric threat was destroyed, it has evolved into something much worse and is on the brink of an awakening. Alongside Caitlyn Turner, their group joins forces with a man called Twister and a mysterious native to find a way of fighting this new danger.

The history of the nearby forest is revealed to be much darker like the shadows that reside there and while they all look to fight this darkness the long-presumed dead Lord Edward Turner rises from the ground. Not only is he the sire to Caitlyn and her sister but he also seeks a vampire resurgence and aligns with an unexpected ally.

Vampires, witches and monsters collide as the worlds of Open Evening, Darke Blood and Cemetery House are thrown together in an epic twisting crossover that makes up the Order of the Following. It’s time to ‘embrace the true darkness.’
Read more 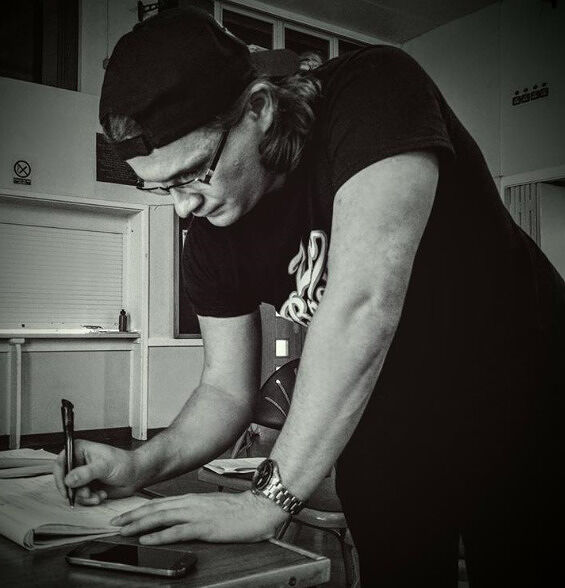 Lee Hall
Biography
Lee Hall has spent many years reading and writing. The fruits of such are his multiple indie published books crossing several genres. From occult thrillers with monsters, witches and vampires which eventually became known as the 'Order of the Following Series' to paranormal romance and even the tale of a drunken superhero looking for justice. All of his works carry a deeper meaning that tribute the events from real life, just with the names, places and details changed enough to avoid libel.

Over the years thousands of readers have downloaded Lee's works which you'll find being promoted through an active social media presence but he prefers to talk about fellow authors works through reviews and blog interviews.

His story telling efforts have even crossed over to the world of theatre where packed out audiences have enjoyed the fairy tale adaptations he has fashioned into pantomimes - an institution in the UK where he hails from. Even though his performance days are mostly over, he's still an active member of the Iver Heath Drama Club where he actively serves on the committee as resident playwright and exclusively writes for them.

Over the years his writing has drawn influence from Michael Crichton, Stephen King and Arthur Conan Doyle along with the many immersive television shows he's a fan of from Buffy the Vampire Slayer, The Walking Dead, Breaking Bad and Stranger Things.

"The hardest thing about being an 'Indie author' is letting the world know your book exists...the best thing is convincing the world one person at a time this your dream..."
Read more
Back to top
Get to Know Us
Make Money with Us
Amazon Payment Products
Let Us Help You
EnglishChoose a language for shopping. United StatesChoose a country/region for shopping.
© 1996-2021, Amazon.com, Inc. or its affiliates