Deacon Brady is finding out that playing the game of a reality TV Star is more difficult than he imagined ...

So is holding onto his heart.

Meeting Steve in Australia, and not falling in love, has proven to be his toughest challenge so far. But he was only the beginning.

Feelings are tested, friendships forged, and promises made.

It’s time for Deacon Brady to meet the next potential bachelor, this time in the most romantic city in the world. The Frenchman, Alexandre, aka - Mr. Asshole.

Deacon’s presence tests the arrogant and sexy Frenchman, who happens to be hiding a few secrets of his own. Alexandre needs to remind himself that this is a game with rules, but rules are made to be broken, n'est-ce pas?

Can Deacon convince Alexandre to play the game instead of playing him? First, Mr. Asshole will have to convince himself that some games are worth playing, even at the risk of losing ...

The search continues as high-profile reality star Deacon Brady looks for love in a new location. He’s ready to meet the next potential bachelor when he arrives in Italy for the shooting of Tainted Love. But as he’s already discovered, his search comes with complications.

This time, instead of finding a bachelor waiting on him, he finds himself in hot water ...

Weeks away from the reality show’s world premiere, Deacon struggles to hold it together and keep playing Mr. Nice Guy for the cameras.

He has twelve million reasons to stay out of trouble, but one man is a game changer.

Rocco is the next contestant, just another man who’s part of the game ... playing by the rules.

But not everyone is, and the scandal threatens to destroy the show, taking Deacon’s reputation down with it.

Can he convince the producer, Dante that he’s still the right man for the job, or will he lose it all before he’s even won?

For Deacon it was just a game—but the game suddenly became very real.

It’s not just his heart on the line, it’s his future.

Around the world, looking for love and it’s about time for Deacon Brady to sink or swim.

April 15, 1912. A day in history when the grandest ship in the world embarked upon the frigid waters of the North Atlantic Ocean.

Now it’s Deacon Brady’s turn to set sail aboard the R.M.S TITANIC— with brand new bachelor, Jack waiting on deck, together they will travel to the next destination.

Tainted Love will be filming on board to commemorate the anniversary of the ship’s sinking and Deacon’s birthday.

Same rules, same reality show, but this time Deacon and Jack find themselves transported back in time for an adventure they’ll never forget.

Deacon knows better than to let history repeat itself, after all, he’s done this three times already. He’s made a promise, to himself, that this time, there’s no screwing around ... literally.

If he doesn’t want to end up as doomed as the Titanic, Deacon will have to keep his emotions in check and stay the course.

But what will happen when two people from completely different worlds, come face-to-face with history?

Deacon Brady knows better than anyone, you shouldn’t make promises that you can’t keep.

This time, he finds himself surrounded by kilts and temptation in Glasgow, Scotland with bachelor number five, Knox Archibald. The sexy-as-hell Scotsman has only one thing on his mind, seducing Deacon ... by any means necessary.

Knox knows how to push all the right buttons when it comes to getting what he wants, and he doesn’t just want Deacon. He wants it all.

But Deacon Brady made a promise to himself. No sex, no commitment, no falling in love— rules are rules. But he’s breaking them ... One. By. One.

The game suddenly changes when Deacon discovers a shocking secret about his boss and things get extremely tense on the set of Tainted Love.

The show must go on and all Deacon can do is continue to play the game, as instructed. After all, there’s twelve million reasons why he can’t screw ... things up.

Rules are meant to be broken after all.

Can Deacon keep his promise and resist the cocky, arrogant Scotsman?

Glasgow, Scotland - The land of men in kilts.

That’s how long Deacon Brady has been playing the game of the world’s most eligible bachelor on the new hit reality show, Tainted Love.

This time, his journey takes him to Mykonos. The land of Greek Gods, sparkling azure water and mouthwatering Greek men. It’s there where he meets his next bachelor, Adonis.

Remembering his time in Greece after filming, Mamma Mia! Deacon once again, finds himself surrounded by the hits of ABBA, for an all new bachelor edition of the hit musical.

The director Dante has a way of putting a twist on things when it comes to remakes and ratings. Of course for Deacon, that means not everything goes according to plan.

Adonis is the competitive one, with his Olympic sized... games. He may very well be the one that pushes Deacon to the limit, which could cost him his reputation, the game and the twelve million dollars he’s been working so hard to win.

He’s tried to keep his distance, and broken promises, but Dante keeps throwing new obstacles his way. Deacon is finding it more and more difficult to stay focused, especially when it comes to Adonis.

With his sister Kate’s health deteriorating, Deacon begins to lose all hope that he can keep his promise to her and carry on with the show until the very end.

When tragedy strikes, not once, but twice, lives hang in the balance and Tainted Love is forced to temporarily shut down production.

Only halfway through the journey, will this be where the final credits roll for Deacon?

After the tragic events that almost cost him his life in Greece, Deacon Brady is more than ready to conquer his next destination.

As the journey progresses, the show’s producer raises the stakes, hoping to raise the ratings on the hit reality show.

Gorgeous new bachelor, Tośe, has a few secrets and surprises of his own that will change the entire dynamic of the show.

After running into an old friend, Deacon finds himself reminiscing about his previous life as a Hollywood soap star. As he struggles to convince himself he’s moved on from the past, the producers make Deacon an offer he’s not sure he can refuse.

With his sister making a full recovery back home, Deacon can now concentrate on playing the game, but is he ready to handle the challenges Dante, the scheming producer, keeps throwing his way by changing the rules?

How will Deacon pull off one of the show’s biggest plot twists?

The game of reality TV hasn’t been an easy road for former Hollywood A-Lister, Deacon Brady, but he’s playing to win.

This time in Salzburg, Austria ...

When a global pandemic forces the entire cast and crew into lockdown, things get complicated. For the first time in television history, Tainted Love goes live online, making the game interactive and oh so interesting.

Former Navel Officer, Fynn, is the next bachelor in a long line trying to capture Deacon’s heart. The catch— he’s never even heard of Deacon Brady, so Fynn doesn’t give a damn about the competition.

But what is Fynn really hiding?

Just when Deacon thought he’d seen and heard it all, the show’s producer, Dante, does what he does best, and drops yet another plot twist. It wouldn’t be good reality TV without a little drama ... or a lot!

The hills are alive - Salzburg, Austria. 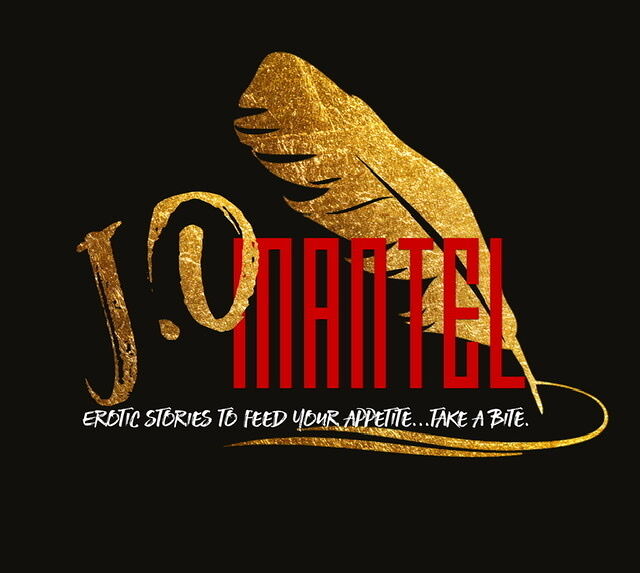 J.O Mantel was born and raised in Melbourne, Australia. As a child, J.O loved reading and his favourite authors included, Roald Dahl, Robin Klein, and Morris Gleitzman. Always an avid reader as a child, J.O had a vivid imagination, like most children. It wasn’t until 2016, that he realised his love for creative writing, and released his first novel, First Crush in the Dark Falkon Series that same year. In January 2020, he began his first MM book, The Australian, part of the Men Of The World Series. When J.O isn’t hidden behind his laptop or iPad, he works in a busy retail environment of Customer Service and management. J.O lives a quiet life on a rural property in Melbourne's Northern Suburbs.