A secret map to a hidden treasure of immense power.

An empire engaged in a war upon multiple continents, and a dark commander who wields mysterious power.

After an absence of over 100 years, the dragons have returned. Alex and Lucette must find the cache of the dragon magic before the dark commander with the power to compel men to his will finds the cache and crushes the cause of liberty. The pair will need all the help they can get from the dragon hunters and the smugglers to thread the rude eye of the rebellion. 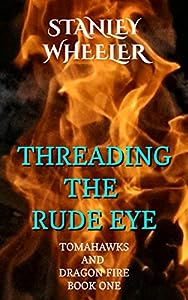 1
Threading The Rude Eye (Tomahawks and Dragon Fire Book 1)
by Stanley Wheeler (Author)
4.9 out of 5 stars (17)
A Flintlock Fantasy with kick!

A secret map to a hidden treasure of immense power.

An empire engaged in a war upon multiple continents, and a dark commander who wields mysterious power.

After an absence of over 100 years, the dragons have returned. Alex and Lucette must find the cache of the dragon magic before the dark commander with the power to compel men to his will finds the cache and crushes the cause of liberty. The pair will need all the help they can get from the dragon hunters and the smugglers to thread the rude eye of the rebellion.

Book One in the Tomahawks and Dragon Fire series
Read more

Kindle Price
$0.99
2
Power to Hurt (Tomahawks and Dragon Fire Book 2)
by Stanley Wheeler (Author)
5.0 out of 5 stars (8)
The adventure among muskets and magic continues!

The dragon hunters question Alex’s motives and whether he can be trusted to remain with them. The maid who has grown close to him wrestles with her own questions. Will she continue to trust Alex, or must she be free of him for the good of her company and her own peace of mind?

Another fearless maiden must fight for a place among the gryphons, risking dangers no less destructive than the cannon’s mouth. The secret power she possesses may not avail her against gravity and gryphon’s claws.

A lieutenant with more to fear from the commander than from musket fire and bayonets continues his pursuit of the map and the maiden, but his own heart remains troubled. He will have to enlist the aid of the girl's countrymen against her to fulfill his desperate mission.

With the commander closing in upon his prey, the strange pair will evaluate their loyalties and take actions which may change the course of events on two continents.

Although they have lost much, the smugglers have not lost their spirit. They accept an important mission across the sea. They’re hindered only by the fact that they will have to capture a ship with which to challenge the might of two empires.

Bitter surprises await them all, and Alex will discover the depth of his power to hurt before he can confront his terrible enemy.
Read more

$0.00
3
Clamorous Harbingers (Tomahawks and Dragon Fire Book 3)
by Stanley Wheeler (Author)
5.0 out of 5 stars (6)
The adventure continues.
Alex and Lucette confront new dangers and find themselves at odds with those they had thought to be their allies. They must forge a friendship, or risk their lives in defiance of strange laws to save their friends and find Mintawkana's cache before it is too late. Even the magical power they wield cannot save them from all the perils they will face.

Antonio and Rip must run the gauntlet of both British and French guns in an attempt to snatch Washington from two enemies.

Cat and the dragon hunters, with Lee, the big islander, and the diminutive Iago confront danger on all sides as dragon fire, tomahawks, British bayonets, and an even more menacing and frightful foe pursue them, transforming their quest into a desperate and prolonged contest for life itself. They will have to call upon every ability at their disposal to escape terrible death.

The dark commander, Lieutenant Roberts, and Gerard each pursue the map to the cache for their own reasons. They will let nothing prevent them from reaching their goal. Human lives are merely the coin with which they pay the toll on the road toward their destiny.

A clash of wills and weapons, both magical and mundane, will forever change the battle for a continent.
Read more

$0.00
4
Promise of Carnage and Flame (Tomahawks and Dragon Fire Book 4)
by Stanley Wheeler (Author)
5.0 out of 5 stars (4)
The excitement continues in this fantasy action adventure series!

A disturbing vision sends Alex and Lucette into action in the cause of liberty. The Americans are losing the war and a new power has risen to counter the efforts of Alex and Lucette. When Alex is forced to make a deal with the devil, neither Alex nor the cause may recover. Will he succeed in defeating his new nemesis, or will the American forces in the north be utterly destroyed?

One of the dragon hunters has a secret that may forever rend the alliances, friendships, and new relationships. None of that matters. The secret has driven this one across the sea to face risks unknown to most of mankind. Even the American cause cannot compare with the importance of this very personal mission.

These adventures and more await our friends who must put everything at risk for their ideals and obligations.
Read more 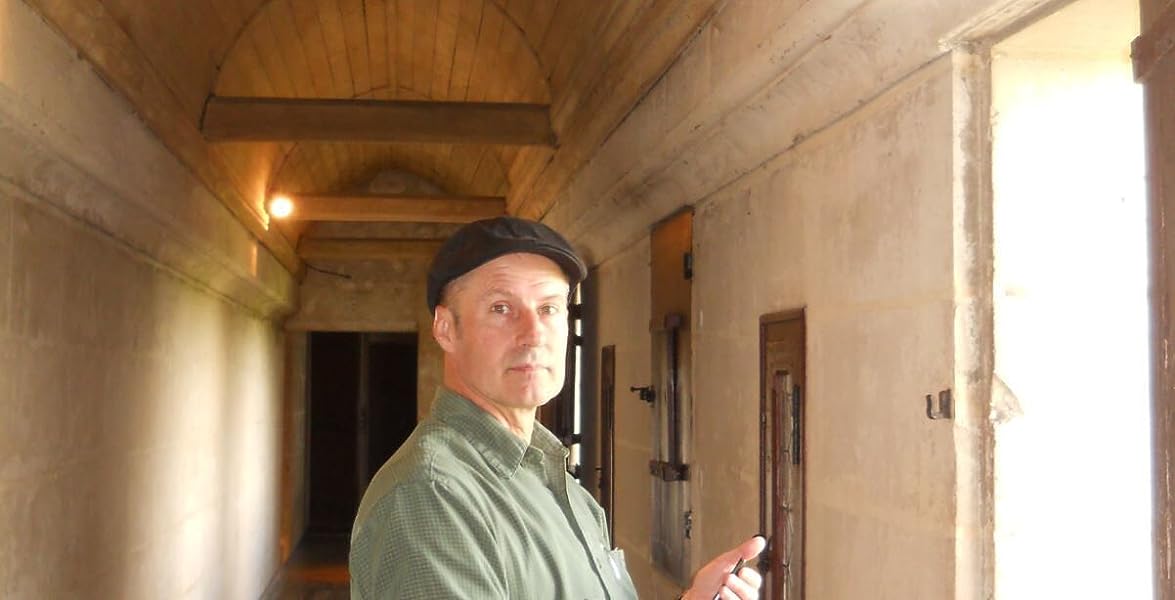 Stanley Wheeler's writing positions have been many and varied--but he prefers the sitting position. He writes and lives in Idaho, the setting for some of his books. The American West, adventure, mystery, fantasy, and the vast canvas of history provide his inspiration. He finds a strange pleasure in a well-turned phrase, but doesn't usually remember such phrases long enough to get them written down; occasionally, they do turn up in his writing. Alexandre Dumas, Edgar Rice Burroughs, Brandon Sanderson, Edgar Allan Poe, Alan Dean Foster, Tony Hillerman, Louis L'Amour, Raymond Chandler, Dashiell Hammett, Mark Twain, Tolkien, and Shakespeare are among his favorite authors.

To keep up to date on his projects and travels, see his blog: