Skip to main content
Romanov Witches Origins (4 books) Kindle Edition
Romanov Witches Origins (4 books)
Kindle Edition
by B. Austin (Author)
A magical Family Saga of 3 generations of witches. UNDYING WITCH (1918 - 1933) tells the story of DIMA and her daughter MEDEA. Dima is the granddaughter of Catherine the Great of Russia. Her mother was illegitimate. Dima discovers the magic to stay young forever.

SISTER WITCH (1934 - 1952) continues the story of Dima, focusing on Medea and her sister NIKKI. Sibling rivalry can be wicked when both sisters have powerful magic.

DAUGHTER WITCH (1952 - 2001) continues the saga of the Romanov witches. The youngest daughter, LILIYA, is born. Liliya is insanely jealous of her older sisters. Liliya goes on to give birth to ASTRA, Dima's only grandchild.

CURSED WITCH (2007) adds to the story of the Romanov witches and focuses on Liliya and Astra. Liliya is bipolar and schizophrenic. An insane witch with magic can be dangerous to be around.

A 97-YEAR-OLD FORTUNE-TELLER DISCOVERS THE MAGIC TO BE YOUNG AND LIVE FOREVER.

DIMA, the illegitimate granddaughter of Catherine the Great, is doomed to live in poverty until she steals the four Starostavne Books of Magical Spells, Potions, and Enchantments. Years later in Los Angeles, generations collide when Dima's wild, teenage daughter resents a 112-year-old mother who can shapeshift into the same age as she. MEDEA loathes Dima, who loves her 17 cats more than she does her rebellious daughter. Medea despises a mother who claims all witchcraft as her magic and treats her daughter like a slave. In secret, Medea develops her own sorcery.

PLEASE NOTE: The books in the series, Romanov Witches Origins, can be read out of order. Each book comes to a conclusion, but the story of the Romanov witches continues through time.

Dark Secrets and an Unexpected Magical Gift Pits Two Powerful Sisters Against Each Other!

Due to her mother’s curse, MEDEA turns into a cat at night. Her mother, DIMA, has a shapeshifting stone. She is 130-years-old but appears to be 18, the same age as her two daughters. NIKKI works as a maid, rather than in the family witchcraft business of fortune-telling, seances, and other witchery-for-hire. She was born a Marilyn-Monroe lookalike. Despite her beauty, jealousy eats away at Nikki because her mother and sister have magic. Nor is Nikki allowed near the books of spells, enchantments, and potions Dima stole from Russian monks. Medea spends her days reading fortunes and conducting seances. Medea gets to keep half of the money she earns, while Nikki is treated like a slave by their mother.

Medea helps Nikki out of one self-induced crisis after another out of both love and guilt. She is tortured by a secret that can destroy the sisterly bond between Nikki and her.

Nikki has her own secret, and is confused, and frightened by the magical gift she is developing, a sorcery she cannot control, a magic that will threaten Medea.

No telling what the child, Astra Romanov is capable of. She is a 3rd-generation witch!

LILIYA, Dima’s third daughter, may be a hippy and a Natural Witch who dabbles in plants, but Liliya is trouble. She has an unhealthy obsession with the weather, forcing the Romanovs to flee once again. The women finally move into a home that reflects their royal Russian blood, a rundown mansion in Santa Fe at the bottom of Witch Hill. Liliya has given birth to a daughter.

There is a portrait hanging in the house at Witch Hill. Thirteen-year-old ASTRA Romanov looks out of the picture with haunted eyes, but her grandmother dominates the picture. Dima is 180 years old but appears to be a teenager, proudly holding out in her hand an ordinary-looking volcanic rock, a rare shape-shifting stone, allowing her to bathe like in the fountain of youth, to be immortal while others around her age, including her three daughters. Astra is half-Native American. Her aunts, Medea and Nikki, tutor her as a third-generation witch. "Sticks and stones may break my bones, but humanity will never break me," so claims the young witch, Astra, but she was born with a soft, human heart that even being an outcast won't harden. Astra has wolves as her only friends, until her family makes her befriend Amelia, a Catholic girl they have their eye on.

In New Mexico, the Land of Enchantment, the Romanovs will discover that they are not the only magical beings. And then there is the danger of a fanatical branch of the Catholic Church.

There is nothing more dangerous than an insane witch. Liliya Romanov is bipolar and schizophrenic. Her mother, Dima, had no choice but to curse her with an invisible fence.

19-year-old Astra Romanov is an outsider among normal people. She would like to be anybody but who she is, a 3rd-generation witch. Her family are magical. Astra struggles at the family witchcraft business. Her grandmother Dima is a 187-year-old shapeshifter. With the help of a shapeshifting stone, Dima shifts into a young woman Astra's age. Aunt Medea turns into a cat at night. Aunt Nikki is a necromancer and talks to ghosts. As for her mother, Liliya has powerful magic no insane person should have.

Liliya is fenced in by enchantment. She is like a caged tiger, biding her time, circling Astra who she thinks of as a kitten.

But sometimes the weakest member of a family proves to be the strongest. 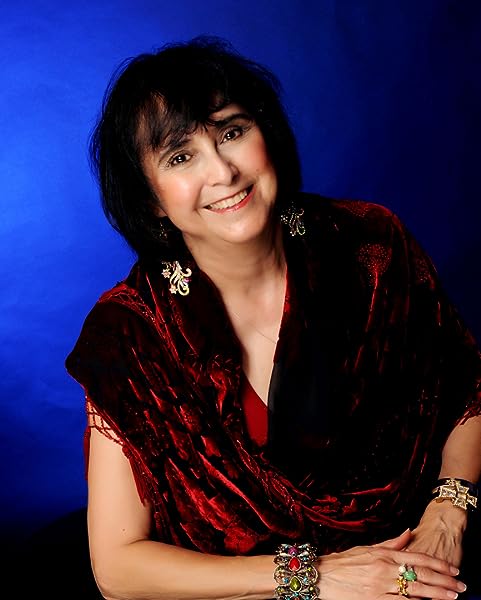 Under the name, B. G. Austin, she writes techno thrillers, apocalyptic science fiction, dystopian, and climate fiction. Before writing fiction full time, she was a Computer Scientist, Web Applications Developer, and Software Engineer. She has a Bachelor's Degree in Applied Mathematics. She is the author of the climate fiction series EXTREME WEATHER.

B., also, writes Psychological Thrillers, Suspense, and Hysterical, and Historical Fiction under the name BELINDA AUSTIN.

If you are still curious about B., she has written a series of memoirs entitled: MEMOIRS OF A BIGAMIST'S DAUGHTER.

She thanks you humbly for your interest in her books, and appreciates you taking the time to read her bio. "Live life with the power of belief in yourself and anything is possible!."

She invites you to subscribe to her newsletter: http://eepurl.com/bk8KZP

WEBSITE: http://www.authorBelinda.com
Read more
Back to top
Get to Know Us
Make Money with Us
Amazon Payment Products
Let Us Help You
EnglishChoose a language for shopping. United StatesChoose a country/region for shopping.
© 1996-2021, Amazon.com, Inc. or its affiliates