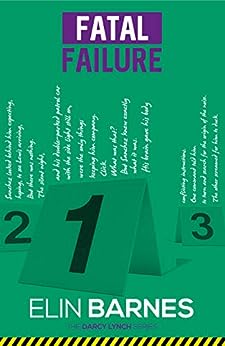 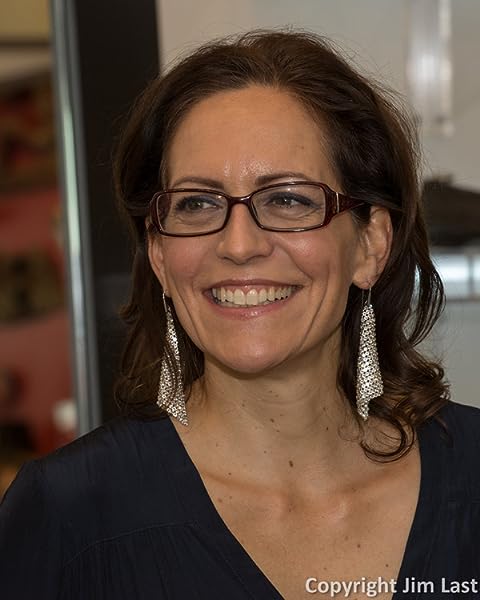 by Elin Barnes (Author) Format: Kindle Edition
Book 4 of 4: The Darcy Lynch Series
See all formats and editions
Sorry, there was a problem loading this page. Try again.
Detective Darcy Lynch accepts the promotion to head the Silicon Valley Homicide Unit and as a welcome gift, his three detectives quit on the spot. When a 911 call lures the police into a trap, Lynch knows this is his chance to avenge his brothers in blue and prove to the whole force that he’s the real deal.

The next day, another attack shocks the entire law enforcement community. They are a target of a cop killer and no one knows who will be next. Darcy turns to the officers he trusts most and partners with his old squad at CATCH to stop the pro who taunts them by leaving clues at each crime scene.

After a week of frustration and piling corpses, they catch a break, but they must act soon or hundreds, if not thousands, of people may become victims of the killer’s last act of terror.
Read more
Previous page
Next page

Next 1 for you in this series See full series
Total Price: $3.99
Books In This Series (4 Books)
Complete Series
The Darcy Lynch Series
Kindle Edition
Page 1 of 1Start OverPage 1 of 1
Previous page
Next page

Elin Barnes was born and raised in Madrid, Spain. Her father is a Spanish film director and her mother a Swedish author and interpreter (with a past life as an actress).

She first came to the US to improve her English for a couple summers, and then as an exchange student, graduating from West Side High, in Omaha, NE.

After a short stint at the Escuela Universitaria de Ingenieria Tecnica Aeronautica, en la Universidad Politecnica de Madrid, Elin decided to pursue her childhood dream of becoming an airline pilot. She went back to the US and spent two and half years in Daytona Beach, FL, at the Phoenix East Aviation school, where she became a flight instructor with over 600 hours of total flight time. When her less-than-perfect eyesight impeded the full medical certificate needed to fly large passenger aircraft, she switched gears again and went back to Spain to study Law.

With the broad set of skills she developed over the years, Elin returned to the US and for the last decade she’s worked in technology for some of the most well-known companies in the US, including AT&amp;T, T-Mobile, Google, Microsoft, Tivo, and Samsung.

Elin attended her first International Thriller Writers conference in 2009, and has not missed the annual event since. Combining her passions for law, technology, and thrillers, Elin was inspired to pen her first novel, a thriller set in Silicon Valley, where innovation is always brewing.

Kindle Customer
5.0 out of 5 stars Fast paced,, surprise ending
Reviewed in the United States on January 25, 2021
Verified Purchase
Many twists and turns that keep one guessing until the very end. Characters well described.
was puzzled by the relationship of Darcy's girlfriend to a well known criminal . I wondered how it b
came about.
The animosity between his boss and was interesting throughout the story.
I would read others in the series.

Dorothy Schaefer
5.0 out of 5 stars Excellent Excellent Book
Reviewed in the United States on March 3, 2021
Verified Purchase
Elin Barnes is a new author to me I hope this series goes on I loved it and could not put it down this book is worth at least ten stars you will never guess the end it kept me on the edge of my seat highly recommend this book to everyone Dorothy Schaefer
Read more
2 people found this helpful
Helpful
Report abuse

Winnie
5.0 out of 5 stars The best of your Darcy Lynch books yet!
Reviewed in the United States on January 21, 2021
Verified Purchase
Intrigue and suspence! What a treat! I just couldn't lay this book down. Darcy has an extreme ability to solve the most complex crimes.
Read more
3 people found this helpful
Helpful
Report abuse

Amazon Customer
2.0 out of 5 stars Not a fan
Reviewed in the United States on July 31, 2021
Verified Purchase
Very complicated story, hard to follow. Lots of holes in the story and I found myself searching for what I missed. Just can’t start a book without finishing but this one …. Well, ditsy female made me sorry I did.
Read more
Helpful
Report abuse

Mary Beth Whitfield
5.0 out of 5 stars Spellbinding
Reviewed in the United States on September 17, 2021
Verified Purchase
Excellent read. Realistic and well researched as well as interesting characters. I highly recommend this book to anyone who enjoys reading about law enforcement.
Read more
Helpful
Report abuse
See all reviews