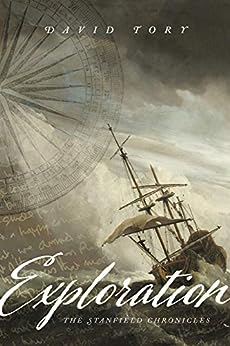 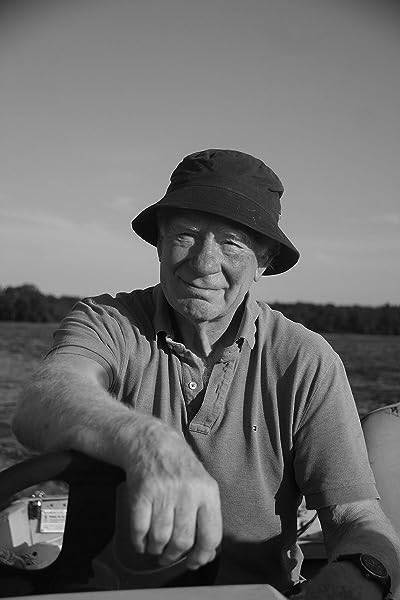 by David Tory (Author) Format: Kindle Edition
Book 1 of 2: The Stanfield Chronicles
See all formats and editions
Sorry, there was a problem loading this page. Try again.

Seduction. Spies. Sodomy. Starvation. Severe cold. Indian Attacks. A plague of sickness and death. And a love story, too.

Isaac Stanfield is a young man with a thirst for adventure. He leaves his home to become a sailor on a merchantman, the Sweet Rose, and through ingenuity and sheer luck, finds himself in the middle of the drama and explorations that precede the departure of the Mayflower for New England in 1620. Exploration is Isaac’s coming-of-age story, capturing the turbulence of the times through his observations and experiences.

Next 2 for you in this series See full series
Total Price: $19.48
Books In This Series (2 Books)
Complete Series
The Stanfield Chronicles
Kindle Edition
Page 1 of 1Start OverPage 1 of 1
Previous page
Next page

I spent over 30 years in the computer industry, starting in the UK in 1962. This was followed by 13 years with the Essex County Community Foundation which I co-founded in 1998. I live on Cape Ann, Massachusetts, with Helen, my wife of 48 years.

After retiring from ECCF, I felt the urge to research the origins of philanthropy in New England. My research uncovered facts about the early settlements here that appeared to be generally unknown. As I delved deeper, the character Isaac Stanfield evolved to become the observer and participant in that early history.

Boats have been a part of my life from an early age. After moving to the United States in 1980, Helen and I spent over 30 years sailing our 37′ Pearson. We fell in love with the coast of Maine, its history, the bays, islands, fog, and abundant wildlife.

Daisy Nell
5.0 out of 5 stars Riveting adventure and history, told through the journals of the engaging Isaac Stanfield.
Reviewed in the United States 🇺🇸 on December 15, 2020
Verified Purchase
It seems remarkable that the events of 400 years ago in Plymouth, England could be so engrossing. Yet, here’s David Tory delivering a rip-roaring adventure story in his new historical fiction, Exploration: The Stanfield Chronicles. An historical fiction, yet with many of the actual people and events from this critical period of history, the story comes to life as young Isaac Stanfield navigates his path from shipmate, to spy, then critical confidant to the key strategists of those tumultuous times.. David Tory has created a chronicler, Isaac Stanfield, who manages to be in the center ring of the drama that leads to the sailing the Mayflower in 1620. Readers have a ringside seat for all of the serendipitous swashbuckling of Isaac Stanfield, with the author interweaving fiction with actual, yet less well-known, aspects of the settling of New England. Along with familiar place names from Penobscot Bay to Cape Cod, we meet some of the indigenous people who played a critical role in the early settlements. That story alone drives the story forward, sometimes with heartbreaking revelations. David Tory has given us a new look at the back story of 17th century religion, politics, and economics, all embedded in Isaac’s journals and letters __ his Chronicles. We can’t wait to see what happens next__ and there you have what makes this book such a success. We already know the story! This reader was immersed from start to finish, devouring every chapter as I imagined myself stowed away aboard the Sweet Rose, sailing off to new adventures.
Read more
2 people found this helpful
Helpful
Report abuse

Peter C
5.0 out of 5 stars grabs your interest on page 1
Reviewed in the United States 🇺🇸 on March 9, 2021
Verified Purchase
Wonderful writing, smooth and really gets your interest on page 1. A view of history through the eyes of the main character, Isaac Stanfield. While Stanfield is fictional, the historical events are accurate, so it is fun to follow the twists and turns of Stanfield's adventures of daily life in the 1600's.
Read more
Helpful
Report abuse

joligula
5.0 out of 5 stars Incredible
Reviewed in the United States 🇺🇸 on August 10, 2022
First of all, I want to say thank you to Mr. Tory for allowing me walk with Isaac. There are some books you read and then there are some books which just pin you to the floor and attack every mode of sense you have. This is truly one of the best books I have ever read and probably ever will read. Mr. Tory has taken a world that for most is limited to text books, bias and frumpy museums. He has opened up the early goings on of the American Settlements. The author is a natural and wields the pen as if he were a surgeon. Well written, engrossing, thoughtful and heartbreaking, Exploration is a novel to behold and the characters become our own. So sit back and enjoy the adventures of Isaac Stanfield.
Read more
Helpful
Report abuse

CaptnBill470
5.0 out of 5 stars Gripping historical fiction
Reviewed in the United States 🇺🇸 on July 28, 2022
It was hard to put down, always entertaining and well written. Having a keen interest in history, this fictional account of a young Englishman's life leading up to the voyage to New England by the Plymouth very entertaining. It covered many facts about the early settling of New England and describing life during those times that I didn't know.
Read more
Helpful
Report abuse

Nicole Petrovich
4.0 out of 5 stars Adventures on and off the seas
Reviewed in the United States 🇺🇸 on October 23, 2021
I truly enjoyed the high sea adventures (and misadventures) of Issac Stanfield and all his companions throughout this well-written book. The only reason for the 4-star rating was the tragedy right at the tail end of the book seemed a bit unnecessary and didn't leave the reader in a settled place at the close of the book. Awesome story overall though, thank you so much for sharing!
Read more
Helpful
Report abuse

Leslie S.
4.0 out of 5 stars Swashbuckling, historical adventures with a dash of romance
Reviewed in the United States 🇺🇸 on November 21, 2020
Exploration by David Tory is the first book in the new Stanfield Chronicles series. Set primarily in England, Exploration follows Isaac Stanfield through his teen and young adult years. Stanfield's story is told through a combination of letters and journal entries which describe the many adventures he experiences. His adventures largely center around sailing and doing investigative work for individuals invested in what would become the Massachussets Bay Company. As part of his work, Stanfield is sent to see if it is possible for a group of English settlers to survive a winter in the new world. Finding it is, Stanfield's work paves the way for the sailing of the Mayflower.

Author David Tory does an admirable job of blending historical research including actual historical figures with an engaging story. There is a dash of romance as well as swashbuckling adventures and sorrow. The combination creates a historical narrative which appeals to all readers. I look forward to more of Isaac Stanfield's adventures in subsequent volumes of this series.

RALPH SWEETLAND
5.0 out of 5 stars This is a fast paced, authentic and engrossing early seafaring novel.
Reviewed in the United States 🇺🇸 on May 26, 2021
The many events, both personal and historic are seen through the eyes of Isaac Stanfield who has many remarkable experiences in his young life. He surmounts many challenges and gives a wonderful sense of the most interesting, even charismatic people in his life. In addition to his many adventures, the depth of detail about life including life on sailing vessels is fascinating. Overall, I couldn't wait to return to this captivating novel night after night!
Read more
Helpful
Report abuse
See all reviews

Robin Hawdon
5.0 out of 5 stars A compelling account of turbulent 17C life.
Reviewed in the United Kingdom 🇬🇧 on July 28, 2021
Verified Purchase
David Tory is a natural story teller, whose love for sailing and ships comes flying through in this well researched, engaging, and moving fictionalised account of tempestuous seventeenth century life, on land and at sea, up to the time when the Mayflower sailed to New England. His protagonist, Isaac Stansfield, presents an intimate portrait of a young man, rising from humble beginnings to play his part in the political intrigue of the time. The battles and skirmishes are vividly described, with deep knowledge. The use of chronicles keeps the history authentic. And Isaacs’s personal journey, with love won and lost, sword fights and skirmishes, and heart-rending encounters, along with his passion for life, keeps the pages turning. A delightful and informative read.
Sheila Hawdon.
Read more
Report abuse
See all reviews
Report an issue
Does this item contain inappropriate content?
Report
Do you believe that this item violates a copyright?
Report
Does this item contain quality or formatting issues?
Report