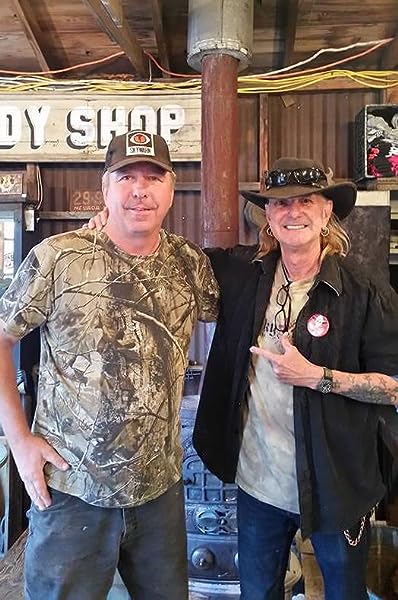 Solar Desalination Water Station: A new breakthrough in solar water still distillation has shattered all known designs, and with scalability and unheard of outputs! Hardcover – July 18, 2021

by Gregory Lesher (Author)
3.8 out of 5 stars 3 ratings
See all formats and editions
Sorry, there was a problem loading this page. Try again.

Yes, now you can look at the sea as a viable fresh water source, or any compromised water in large sustainable quantities. A new breakthrough in solar water distillation and water purification has made it a reality! Now a single basin fresh water still (new design) can be built as big as any structure and enhanced with a few principals that increase it’s output to unheard of levels, and all this without any fuel or outside power source. This design has shattered all available known solar distillation technologies the world has ever seen or known to my knowledge. As you increase the size of this still, you proportionately increase the output, a first in solar still design.
Read more
Previous page
Next page

Being an avid outdoors-man I have spent much time in the wilds. This led me to being off grid and with some electronics and knowing how solar systems worked I decided to make the move. The next step was to get some water, so I borrowed a deep rock portable drill and sunk a 90 foot 6 inch well. When I pumped out the water it was as salty as the Great Salt Lake, so I put together my own rig and went down 200 feet. Still the same results. I was not ready to give up, so after purchasing a reverse osmosis unit for $10,000 US dollars I learned the hard way it took to much fuel in a 15,000 watt generator to operate, and it was cheaper to just haul in the water, and there was no where to dump the rejected concentrated salt water with out destroying my land. After some prayer I had a dream of how I could grow a garden using old truck tires as solar stills. Needles to say it worked!

As I was looking at my garden now flooded by an overflowing dry river bed in a rare flood, I asked now what? I was looking at the tire still garden when it hit me, there was no still in all my findings and study that resembled my still. And I had tried many designs with the same results, just a gallon a day at the most, but all designs were limited to small sizes due to loss of distillate before it made collection. The tire design I realized was not limited to size unlike anything I had ever seen. So I decided to build a large scale single basin solar still and three days later it gave nearly 30 US gallons in a single day! Success at last. And thinking more about my design I contemplated what was holding it back from producing more, well I thought, how fast can I evaporate the water? Simple, use the sun and boil it. And because of its design I could add all the air cooled collection surface I needed.

After a few trips to Senegal Africa using my drill design with USAID, I knew I was ready to get this tech out there, you see the tap water in Senegal will make you sick. And they have problems with too much salt in allot of their water as well. After running a patent I decided since this still was not just a novel idea, I should put pen to paper and publish a book on the discovery. Little did I know it was like pulling teeth to get people to believe I had created such a simple solution to a problem that has been sought after for thousands of years. Maybe it was because I had no degree in those areas, never the less I had solved the problem so well I was able to produce 90 US gallons in one day from a 1 meter cube. Using some heat panels I pumped the transfer fluid under a tray of salt water till it was at a full boil. And all this without fuel or an outside power source.

After traveling to Indonesia where I met my wife, and visiting Australia I knew the water problems of the world were many, and I knew I must bring this technology forward. And in my search with the big water charities who I thought would jump at the opportunity to utilize such simple technology, I found they were only interested in donations, and making loans for drilling etc. Not the simple solution to pure, and I do mean pure water. Distillation takes out all the bad stuff, even from sewer water. And we know from experience adding chemicals to kill the undesirables can mean cancer and death. I have always had a desire to help the wonderful people I have met, and am in the process of shearing my discoveries with such a thirsty world. This is my goal, to end the suffering of water born illness and death that take up the beds in hospitals exceeding any pandemic even exceeding any other cause bar non. I have made this my life, and hope you share this message, the solution is here hiding in broad daylight. I am holding back nothing, I even solved the problem of the conventional solar still, single basin so it too can be scaled beyond anything out there with flows of water that is proportionate to the size built. This technology I have included and am ready to assist where ever needed. But then again, who knows it is sitting here ready to view and use? I hope you will join the quest before it is to late. This has become my life, my dream and my hopes. People have lived without love, but not one without water.....