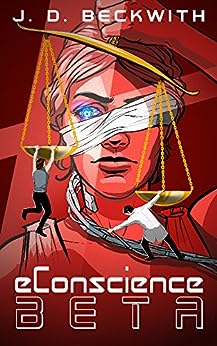 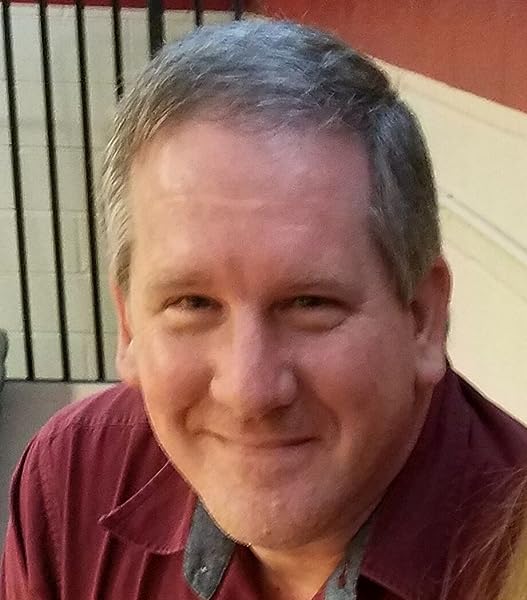 by J. D. Beckwith (Author) Format: Kindle Edition
See all formats and editions
Sorry, there was a problem loading this page. Try again.
Peacekeeper Incorporated's breakthrough nanotechnology could bring repeat offense crime to an end, freeing society from the need for criminal incarcerations. But first, they have to finish testing it. With funding on the line, and time to prove out the project getting short, the lead scientist must find a way speed things up. That's unfortunate for his guinea pig, and anyone who would stand in his way.

Can the goal of ending most crime justify committing one... even a few?
And what happens when you conflate altruism with egotism?

Find out in eConscience Beta, where two lab techs and an uncouth petty criminal must outwit a brilliant but sociopathic scientist who'll stop at nothing to establish his legacy as the man who ended crime.
Read more
Previous page
Next page

5 Stars on Goodreads:A fun romp through and through......at its heart, eConscience is an examination of the humanity that lives in the worst of us and the battles we all face in the name of doing the right thing. -Mike on Goodreads

J.D. Beckwith is a mechanical engineer with delusions of writing grandeur. A lifelong fan of science fiction and fantasy, he has recently taken the opportunity to try his hand at the craft he's always admired. When he isn't working on either expanding his bibliography, or finding more efficient ways of manufacturing things -- like bulldozers, excavators, and garbage trucks -- he amuses himself with reading, tabletop & RPG gaming, arguing on the internet, growing tomatoes, and herding cats... all while trying to stay hidden in the woods of Northwest Georgia.

Check out J.D.'s book reviews & other nerdy stuff on his blog:
Words from the Wampuscat @
wampuscatenterprises.wordpress.com

J.D. Beckwith is a mechanical engineer with delusions of writing grandeur. A lifelong fan of science fiction and fantasy, he has recently taken the opportunity to try his hand at the craft he's always admired.

When he isn’t working on either expanding his bibliography, or finding more efficient ways of manufacturing things — like bulldozers, excavators, and garbage trucks — he amuses himself with reading, tabletop &amp; RPG gaming, arguing on the internet, growing tomatoes, and herding cats… all while trying to stay hidden in the woods of Northwest Georgia.

Check out J.D.'s book reviews &amp; other nerdy stuff on his blog:

Jerry Harwood
5.0 out of 5 stars There is evil in the world. This.Is.Evil.
Reviewed in the United States 🇺🇸 on January 24, 2021
Verified Purchase
eConscience Beta is a fast paced read with good dialogue. A classic “Is it okay to do bad in order to stop greater bad” tale with enough twists and surprises to keep you turning pages. So often, stories with nanites or similar tech get consumed in the creation of the world that we lose the story. eConscience Beta succeeds in both building a cool world and developing great characters. The villain is not a bumbling imbecile and our heroes are not flawless, super people incapable of failing. As Transki declares at one point, they are “an upstart high-strung coat-tailing female, a barely competent stuttering weak-willed fidget-fest of a man, and a completely moronic societal dreg.” That might not be a completely fair appraisal, as Transki has a bit of bias. Overall, this is a great addition to one of my favorite genres.
Read more
Helpful
Report abuse

Stephen Matthew Hawkins
5.0 out of 5 stars Good read!
Reviewed in the United States 🇺🇸 on February 23, 2018
Verified Purchase
This book takes an intriguing idea, and brings it to life in a way that makes it seem entirely plausible. The characters are interesting and relatable, and are easy to picture. It even makes you feel bad for a con. How many books accomplish this? Overall, it’s definitely worth the read. Great job!
Read more
Helpful
Report abuse

Pat Patterson
5.0 out of 5 stars Excellent first novel about invasive behavior control.
Reviewed in the United States 🇺🇸 on February 21, 2018
I obtained this book through the Kindle Unlimited program.

A comment about the cover art: Beckwith did it himself, and it's got a nice comic-book effect. I understand the symbolism: the scales of Justice being pulled off balance by a scientist & a struggling figure; Justice herself with one eye out from under the blindfold; little sparkly things in her revealed bright blue eye. I have NO suggestions as to what could be a better cover; I just think the book deserves better. However, I am not an artist, and I am not an art critic, and I surely could be wrong.

I suppose I get to read more 'first books' than most people, but I'm hardly an expert. However, I can safely say that this is a marvelous first effort. Someone has almost certainly been working with Beckwith, or perhaps he is just naturally a good writer. He has avoided most of the trivial goof-ball mistakes I've encountered in other first attempts. In fact, the only aberration I noticed was the inconsistency in labelling that nasty-tasting black candy that the chief villain is addicted to in the stuff.

If we didn't already identify Transki as a bad guy, the fact that he eats licorice all day should be a clue. Only evil villains could eat that stuff.

The obvious hero in the story is Dr. Jenny Hoskins, a medical researcher, who manages to avoid being a Mary Sue while still standing up for truth, justice, and the American Way.

Sidekick status goes to Emmet Haslet, a computer geek, who rises above being baggage by taking on the mission of righting a wrong when completely isolated from any support system. He also has some outstanding non-sidekick features, such as having a closet full of home-made spy equipment, and having a hidden ability as a pool shark.

The best character of all, however, is that of Henry. Initially portrayed as a clueless, hapless jerk, longing for someone to persecute him, he wins through by his relentless refusal to let his suffering crush him. If you hit a rusted iron pole hard enough, a lot of dirt and rust is going to fall off, and that's what happens with Henry.

The plot : behavior control by means of injected nanites. Remember the conditioning given to young Malcolm McDowell in "A Clockwork Orange?" It's rather like that, except that the consequences of forbidden action initiate a brief flash of migraine-like pain, which escalates to seizures and loss of consciousness if the behavior doesn't change. Since it is machine-driven, the reaction can be controlled externally, as can recovery.

And that's what the evil licorice-sucking Dr. Transki does, in order to speed up development of the system, so as to sell it to the government.

Now, the BEST thing that Beckwith does is this: he describes an incredibly manipulative, destructive tool, which is PERFECT for a Big Brother Is Watching You government system, but he does it in such a way as to make it seem like it would be a good thing, if only it wasn't being misused by the evil Dr. Transki. He SELLS the idea, he really does! In fact, after Jenny and Emmet rescue Henry, they are rewarded by receiving lovely positions in the new agency which will administer the program. And they promise, oh, yes they do, that THEY will never abuse such power. And they all live happily ever after in the Brave New World...

...and then Beckwith CLEVERLY tosses in an almost-final scene, in which the Evil lifts the cover off, and says 'Peekaboo!'

And upon reflection, I think that it's the fact that there is a sho-nuff final scene, in which the benefits of the program are touted, that really sets the Evil apart.