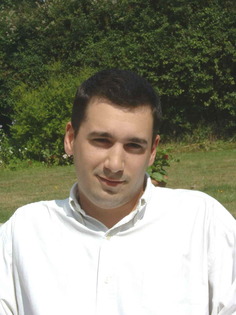 The Stormcaller: Book One of the Twilight Reign Paperback – October 21, 2008

by Tom Lloyd (Author)
4.4 out of 5 stars 30 ratings
See all formats and editions
Sorry, there was a problem loading this page. Try again.
Read more Read less
Previous page
Next page

British literary agent Lloyd begins this dense and involved sword and sorcery debut by introducing Isak, a penniless young man with no fixed home who serves as a slave to his resentful, unhappy father. Worse, Isak is a white-eye, born with distinctive eyes, a large frame, unusual strength and an exceedingly quick temper. Isak's world changes in an instant when Aracnan, an immortal sorcerer, tries to offer Isak a mysterious scroll. Within a day, Isak has become heir to Lord Bahl of Farlan, and he learns that he is a nascent mage and the focus of a thousand-year-old prophecy. Whether Isak is willing or able to fulfill that prophecy is just the beginning of this tale. Lloyd pours enough testosterone into his high fantasy to power past a few inconsistencies, creating a fine start to a reported five-book series. (Nov.)
Copyright © Reed Business Information, a division of Reed Elsevier Inc. All rights reserved.

Tom Lloyd was born in 1979 in Berkshire. After a degree in International Relations he went straight into publishing where he still works. He never received the memo about suitable jobs for writers and consequently has never been a kitchen-hand, hospital porter, pigeon hunter, or secret agent. He lives in South London, isn’t one of those authors who gives a damn about the history of the font used in his books and only believes in forms of exercise that allow him to hit something. Visit him online at http://www.tomlloyd.co.uk
Tell the Publisher!
I'd like to read this book on Kindle

Goldeagle
4.0 out of 5 stars What a wonderful surprise!
Reviewed in the United States on March 29, 2009
Verified Purchase
Never have heard of this author before. Came across this book at Barnes and Nobles but got it via Amazon Market Place because it was much cheaper.

What a wonderful surprise, what a story. From a nobody to become an heir to a ruler, the story is just captivating, the pace is fast moving. It really deserves a 4 1/2 star.

Harry
3.0 out of 5 stars Nice story
Reviewed in the United States on July 28, 2010
Verified Purchase
The story, characters are excellent. I liked the book.
However, the spelling and use of the wrong word was on every other page. I just found it hard to believe that this book could get published without having someone proof read it first.
Read more
3 people found this helpful
Helpful
Report abuse

ATN
5.0 out of 5 stars Exceptionally enjoyable epic fantasy
Reviewed in the United States on November 9, 2008
Verified Purchase
I had been intrigued enough about Stormcaller by reading the blurb, I put it on pre-order. I got it yesterday and finished quickly. The world is interesting with significant depth, the characters make you curious to know more, the story is epic while retaining a personal touch. I haven't enjoyed the start of a new series so much since the Sword of Truth. Also Pyr did a very nice job with the book and the cover, and it looks the the cover art for the upcoming book Twilight Herald will be similarly great.
Read more
6 people found this helpful
Helpful
Report abuse

B AD
3.0 out of 5 stars Alright...
Reviewed in the United States on October 14, 2010
Verified Purchase
Pretty slow ... Not very original... and after reading the first I have no real urge to get the next book.... I would give it 2.5 stars if I could....
Read more
One person found this helpful
Helpful
Report abuse

M. P. Cummings
3.0 out of 5 stars Very rough around the edges
Reviewed in the United States on December 22, 2012
What could have been a four star book compromises its way up to three stars. First, the good. Tom Lloyd presents us with a world filled with gods and men, and all the fantastical tropes that walk in between. Lloyd tugs at all of the familiar strings - prophetically proclaimed saviors, curses, even vampires, and of course, the question of whether our protagonist will turn out to be the hero or the doom foretold. While a simple enough story, it is often the simple ones that speak truest to us. There is an appeal to these modern fairy tale, and Lloyd makes sure to pepper his story with just enough of these elements to intrigue us and keep us flipping pages.

So why the struggle up to three stars? This book failed for me on purely technical merits. It had all of the ingredients of the kind of book I normally devour - magic, prophesy, gods, big shiny swords with special names, world in peril, etc. Where did it lose me?

First, the list of characters, in addition to being too long to keep track of in such a short book, was tucked away at the back of the book. Literally. Readers of the paper edition might have seen it, by accident, when going to set the book down. Readers of the electronic edition, though, would suffer the entire length of the book before discovering that hidden away at the back there is a mild attempt at explaining who's who. Mild, because it isn't conclusive, and doesn't give us the information we need to fully appreciate the story that Lloyd is telling.

Tackling a new world, with politics and struggles between sides, with an obvious sense of depth and history, is nothing new to fantasy readers. Its part of what makes second world fantasy stand out, after all. As readers, we've come to expect that the author will use one of a few well trod mechanisms. The simplest, and least favored, is of course to just info dump, preferably somewhere near the start of the tale so we can get that nasty mess out of the way and move on. The more timid author will provide us with a glossary, or at least well populated and advertised appendixes, that explain the lay of the land, who the sides are, even a little cultural background. Some prefer this method as it leaves it up to the reader to determine what depth they're willing to explore and understand the underpinnings of the world they just engaged. Of course, the truly brave writer - and this is why epic fantasy is known for its lengthy tomes, I think - will layer their explanations and insights about their fantasy world through the telling of the novel, so that while you may start not knowing who Bahl is or what a white-eyes is, by the end of the story you'll catch yourself swearing in Bahl's name and cursing the blight that is a white-eye born man. These are the story tellers. And this is what is so infuriating about this book, because it is this final cusp that it fails to cross. Our understanding of the world is so incomplete we are left questioning what is happening for part of the book. Every time I felt I had a grasp, we were introduced to a new character that made me question whether we were speaking the same language.

In the end, I think this first book had potential, but never quite rises above these flaws to stand out. Recommended for genre readers looking for a new series, but be forewarned its rough around the edges.

Daniel Burton
4.0 out of 5 stars Quick paced, lots of characters, and a compelling world
Reviewed in the United States on December 28, 2009
I was completely surprised by this book. Recommended by the guys over at [...], it sat on my bed stand for over a month before I finally got into it, and then I couldn't put it down.

Lloyd writes unlike so many other sci-fi or fantasy writers. Instead of massive info dumps filling us in on the background of the world they've created, Lloyd just hitches us to the characters like a reality cam and takes the reader along for the ride. We start to see the world, its mythology, lore, politics, and personalities first hand, in a patchwork fashion. Only occasionally does a character fill in blanks, and when it happens, it is never full or thorough, but smacks of the reality that this is how people talk, giving some information, never in encyclopedic manner, but just enough to make conversation work.

Piled into this is a colorful network of loosely connected characters, countries, creatures, and gods. Instead of the stereotypical swords and sorcery, Lloyd turns types on their head, makes his own types, and recreates old ones. All through-out, however, is the classic hero motif and the accompanying companions and wise old mentor.

It's a fun ride, and while I don't know that it will find itself in the upper echelons of fantasy fiction, it isn't due to any failure on the part of the writer. I think Lloyd is definitely showing himself to be a creative and talented pen with a future in front of him.
Read more
3 people found this helpful
Helpful
Report abuse

I. Mitchell
3.0 out of 5 stars Uneven debut
Reviewed in the United States on October 14, 2010
This book is the first in a series set in a world where rare individuals born with white eyes are abnormally strong and fast, forming a ruling caste. The book follows a young white eye called Isak as he leaves a fairly miserable life (partly due to his father's bitterness, since mothers giving birth to white eyes inevitably die) to become the heir to a powerful ruler.

The book definitely has some strong points. The white eyes are conceptually interesting, and several of the white eye characters are well developed. The world shows some originality, although I don't think the author does a great job of getting the "feel" of the world across. The storyline is also fairly strong with a few twists.

On the down side, some of the "normal" characters come across as a bit two-dimensional. The writing is ok, but never really drew me into the story. It also feels almost like parts were edited out without adjusting the rest of the text to account for it, resulting in a bit of a "choppy" feel in places.