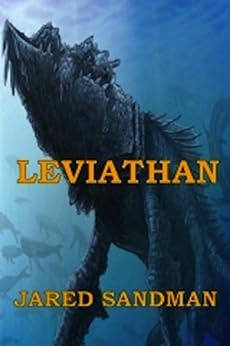 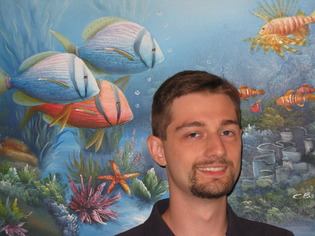 by Jared Sandman (Author) Format: Kindle Edition
See all formats and editions
Sorry, there was a problem loading this page. Try again.
FORMATTED, REVISED AND ON SALE NOW FOR ONLY $3.99


Kept hidden from mankind forever, it is about to surface.

When it rises up, the mighty are terrified.

After a rash of violent attacks throughout the Caribbean, marine biologist Kelly Andrews captures evidence of an unidentified predator in the Atlantic.  Something unknown to science, something altogether new . . . or else something very old.

It makes the depths churn like a boiling cauldron and stirs up the sea.

Billionaire Oscar Wright also learns of the sea monster's existence, which he considers to be the Biblical Leviathan.  Driven mad by grief, the old man devotes his vast fortune to kill the beast for a personal vendetta, harvest its hide as the ultimate trophy.

Nothing on earth is its equal -- a creature without fear.

Two separate expeditions race across the ocean to find the creature.  And when it's discovered, one thing becomes clear:  mankind no longer tops the food chain.
Read more
Previous page
Next page

Jared Sandman lives on Florida's Gulf Coast, where he's working on his next book. Visit his website at jaredsandman.com for free stories and updates. --This text refers to the paperback edition.

Jared Sandman was born in Canton, Ohio, in 1985. He began selling his first stories professionally while in high school and wrote his first novel upon graduation. (That book, BLOOD MONEY, sits in a desk drawer where it will never see the light of day.)

LEVIATHAN was his second attempt at the long form, which he wrote two years later. This was followed up by THE WILD HUNT, DREAMLAND, THE SHADOW WOLVES and BLACKSTONE. His latest novel, FLASHBACK, was released in 2014. He's currently working on his eighth book.

3.5 out of 5 stars
3.5 out of 5
39 global ratings
How are ratings calculated?
To calculate the overall star rating and percentage breakdown by star, we don’t use a simple average. Instead, our system considers things like how recent a review is and if the reviewer bought the item on Amazon. It also analyzes reviews to verify trustworthiness.
Top reviews

Emerson Green
3.0 out of 5 stars Decent Book, But Hard To Finish
Reviewed in the United States on September 8, 2011
Verified Purchase
While a decent enough maritime tale of prehistoric monstrosities, the story is riddled with spelling and grammar issues. As neat as Amazon's new service is, editor's exist for a reason. Furthermore, the science was flawed, the Komodo Dragon is NOT a marine monitor lizard from the Galapagos Islands, they only exist in a few small locations in Indonesia. I believe he may have gotten them confused with the Marine Iguana which does inhabit the Galapagos Islands, located off the coast of South America thousands of miles away from Indonesia.
The book was hard to finish, once I learned the identity of the "Leviathan", there was nothing else to look forward to, not once was there an attempt to explain or a hypothesis to theorize on how such a creature could exist in the modern world and why it was lurking around the Florida Keys. And its "special ability", while pretty cool and hinted at throughout the story, ultimately went wasted. Its like he forgot and at the last second told the reader:"Oh yeah, by the way it can do that."
All in all, NOT a terrible book and worth the price if your a fan of this sort of fiction(which I am). And I would definitely give Jared Sandman another shot with a future book. Good Luck to you Sir!

Kindle Customer
4.0 out of 5 stars Unrepentant B Movie fun
Reviewed in the United States on August 9, 2011
Verified Purchase
This book knows it's a B Movie and runs with it. The characters are the typical kind you find in a B Movie and the plot runs the same way. However, the author throws in a few surprises to keep the plot fresh and the reader interested. The betrayal of the main character was done in a different way. As were several of the fight scenes. The monster is different as well. No spoilers about it. The characters were well-fleshed out, with a good deal of background...perhaps a bit much here and there. They make hard to believe decisions sometimes, and there were some plot points that were a bit of a stretch, but then this happens in most B horror movies.

A downside was the incomplete ending. It could be the author plans another book, which I will buy. In the meantime, as a reader, I would like a bit more closure for some of the characters.

Overall, a quick, easy, enjoyable read. I will be looking for more books by this author.
Read more
2 people found this helpful
Helpful
Report abuse

JP Fish
4.0 out of 5 stars It rises from the unknown depths to devour an unsuspecting sea side community,,,,,,,,for starters.
Reviewed in the United States on July 18, 2015
Verified Purchase
Believable setting with a good build up. Follows the story pattern of Jaws to some degree.Then mix in a few parts Beast From 20 Thousand Fathoms. But, HEY! What do you want? This is a giant sea monster story. A comfortable read for all ages, but not condescending. It would make a good movie. At the time of this writing I have not finished it yet. I will watch for more books by this writer. He tells a good tale with a good cast of characters for us to grow to care about,,,,until the monster surfaces. BTW, the cover painting is a great rendering of the title character. Hats off for a real bonus.
Read more
Helpful
Report abuse

westicles
5.0 out of 5 stars Giant sea creature fun
Reviewed in the United States on March 8, 2016
Verified Purchase
Give the author a break for crying out loud. Yes, there were grammatical errors, but does that really take away from the enjoyment of the story? We all read the book because we wanted some sea beast mayhem, and I got it from this novel. For those that get uptight about errors and like to pick apart a book, then maybe steer clear. If you want a fun monster story, then I say check it out.
Read more
Helpful
Report abuse

Kindle Customer
4.0 out of 5 stars Good book
Reviewed in the United States on October 11, 2017
Verified Purchase
This was a good book with a good story line. I wasn't disappointed in any part of the book. I thought the main character could be in a book two. The story line just flowed right along throughout the whole book.
Read more
Helpful
Report abuse

Starbird
5.0 out of 5 stars page turner
Reviewed in the United States on March 31, 2012
Verified Purchase
i'm glad i purchased this book. normally i get all my books from the library, however, they didn't carry this one. being from florida i found this book especially interesting since the author includes tid-bits of accurate and educational information. enjoy!
Read more
One person found this helpful
Helpful
Report abuse

brat352
4.0 out of 5 stars Not what I expected
Reviewed in the United States on January 26, 2013
Verified Purchase
This was not what I expected, but was not disappointed. An easy, light read. Not for the "scholar" who is looking for deep meaning. Just a fun easy read, nice way to spend some down time.
Read more
One person found this helpful
Helpful
Report abuse
See all reviews

technophile
3.0 out of 5 stars Will not go on my read again list
Reviewed in the United Kingdom on February 10, 2011
Verified Purchase
An infra red underwater camera: these detect heat so how does it see cold blooded fish in the cold sea? Same camera is retrieved from 3 miles down in 6 minutes: that's 30 mph! A M16 rifle used to kill big game: really! Add a host of other errors plus a phsycotic billionaire, a dedicated female marine biologist, an arrogant lawyer, a mercenary who is also a big game hunter in a story that gets more and more absurd and you have this book. The premise is good and it starts well but then goes downhill rapidly. Not a patch on Jaws.
Read more
One person found this helpful
Report abuse

Moofo
3.0 out of 5 stars Not as good as hoped.
Reviewed in the United Kingdom on January 8, 2012
Verified Purchase
I quite enjoy reading books about sea monsters and loved Steve Altens Meg series.
I was a bit disapointed by Leviathan.
I was annoyed at the start of the novel as the author was giving full character histories/backgrounds the killing them off on the next page - I was thinking to myself that this was not neccessary and get on with the story.
In my opinion it got better, but this story could have been better written.
Read more
One person found this helpful
Report abuse

Mrs. Melanie J. Snell
3.0 out of 5 stars Quite enjoyed it
Reviewed in the United Kingdom on August 14, 2013
Verified Purchase
A little to in dept in some places, but it was good for a quick cheap read. If you like monster books you will enjoy
Read more
Report abuse
See all reviews