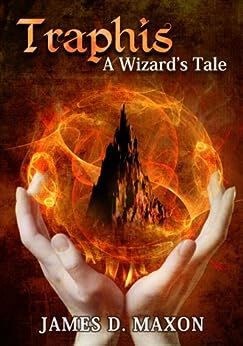 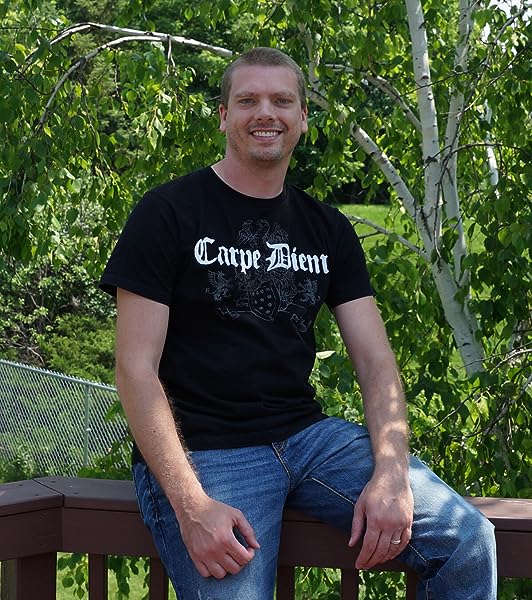 by James D. Maxon (Author) Format: Kindle Edition
See all formats and editions
Sorry, there was a problem loading this page. Try again.
A year after the death of his father, fifteen-year-old Traphis stumbles across his father’s hidden collection of books. Forbidden from learning magic at a young age, he resolves to read the books in secret. Doors to a dark and formidable world begin to open, and a treacherous adventure awaits both him and his newfound friends. In their journey to fight the power of lies, betrayal, and greed, they discover that no matter how well they master their magic skills, they are powerless without the most important skills in life, such as the abilities to trust, care, and forgive.
Read more
Previous page
Next page

"The author, with his great imagination, writing creativity, and sense of humor takes us through scenes full of surprises, unexpected turns, and new discoveries. Although this book is beneficial to everyone, I would especially recommend it to the young generation because it teaches them the great values of life." - Lana Lykova (High School English Teacher)

Since Traphis: A Wizard's Tale was written to appeal to teens and young adults, there are a few places that may be considered disturbing to younger children. No foul language or sexual situations, but there is a degree of action violence-done to enhance the story rather than shock the reader. Nothing inappropriate for preteens and older. The story is meant to appeal to boys and girls as there are strong characters representing both genders-though the protagonist is a boy.

James D. Maxon (1977-Present) was born at Elmendorf Air Force Base in Anchorage, Alaska and now lives with his wife and daughter near Austin, Texas. Having acquired a love for fantasy at a young age, he began to write stories of his own, providing children and teens with messages of faith, hope, and insight.
Read more

James D. Maxon (1977-Present) was born at Elmendorf Air Force Base in Anchorage, Alaska. His parents were divorced when he was three-years-old. Raised in a strictly female household, James grew up in the midst of mental illness and depression. He, himself, struggled in school due to a learning disability. Without a positive male role model, James learned how difficult it can be for children to realize their true potential. Having acquired a love for fantasy at a young age, he began to write stories of his own, providing children and teens with messages of faith, hope, and insight. Overcoming his disability, James graduated college with a 4.0 GPA. He deepened his connection to the creative world by following a career in design. He now lives with his wife and daughter in a suburb of Austin, Texas, and spends much of his free time applying his imagination to the real world. Learn more at jamesmaxon.com

Amazon Customer
5.0 out of 5 stars A Story With Everything
Reviewed in the United States on November 14, 2012
Character driven adventure, mystery, self discovery, it's all here. Beautifully written, it's a page turner all the way. Most engaging are the characters as they challenge their limits and confront their failures. But that never bogs down the story. Inventiveness and suspense draw you in. The characters somehow feel familiar, as if you've known them for years. It's a fun read, but there are deeper levels that can continue to be explored in subsequent readings. I'm really hoping that this is just one in a series. I'll be watching for the next one.
Images in this review

Barbara Penn
5.0 out of 5 stars Traphis A Wizard's Tale :
Reviewed in the United States on January 7, 2019
Verified Purchase
I really enjoyed this book. I enjoyed the main character, Traphis, but l also liked the friendship between all the people. Lots of action and adventures for each of the characters. I liked reading about the respect between the students and the elder wizards. It was fast paced and went between each student's trial individually but still kept each of their adventures connected together.
I would recommend this book to children in the 12 to 16 age group. I really appreciate the fact it actually had an ending and didn't leave me waiting for the next book to come out.

no
5.0 out of 5 stars Magical Book
Reviewed in the United States on July 31, 2014
Verified Purchase
I truly enjoyed this book. I would recommend it for upper elementary to adult readers. One of the most important things about the story is that the main characters were true heroes. They were portrayed as ordinary people who rose to greater heights than they felt they were able to achieve. Whereas this book my not be the great literature as found in the Tolkien books, I think it mirrors well the essence of them. I enjoyed it as much as the Narnia stories. My only criticism would be that it was a little slow getting started. This was not enough to hinder me from staying up far too late at night to read just one more chapter!
Read more
4 people found this helpful
Helpful
Report abuse

J. Clarke
4.0 out of 5 stars easy read, moral tale
Reviewed in the United States on July 1, 2013
Verified Purchase
Lovely story, the storyline keeps you guessing and has some surprises. I do think the characters have more power than they should, bit of a surprise that they are faced with so much overwhelming bad guys so early in their career. I'd have liked to read more about how they learnt to use their power. But I do like the way they need each other to be successful.

There is a touch of religious overtones and a moral to the story, but its s good one so no probs.

tatemjr
5.0 out of 5 stars Traphis
Reviewed in the United States on March 15, 2014
Verified Purchase
I don't know if I wrote a review about this book the first time I went through it, so I will write another or the first which ever this is.
On the second read I found I enjoyed the read as much if not more than the first. Young love, coming of age, all mixed in with magic and some pretty good battles. Creatures, death and resurrection oh my what fun.
I would like to see more of these characters and find out if the kids grow up to marry a suffer through puberty of their children. Thanks for the escape.
Read more
Helpful
Report abuse

Sue
3.0 out of 5 stars Very superficial
Reviewed in the United States on January 19, 2019
Verified Purchase
This book is for the very young. I love the Harry Potter books, these are not like those. There just isn’t much depth to the characters or the world they live in. It reminds me of a rough draft that hasn’t been fleshed out yet
Read more
Helpful
Report abuse

Frank Geimer
4.0 out of 5 stars This was a great story.
Reviewed in the United States on July 28, 2018
Verified Purchase
I really liked reading this story, it has plenty of action and adventure, along with a "morale to the story". Of you enjoy good fantasy, tailored more for young adults, then this novel is for you.
Read more
2 people found this helpful
Helpful
Report abuse

mardrop
5.0 out of 5 stars Excellent YA Fantasy read
Reviewed in the United States on October 18, 2018
Verified Purchase
Story of a gifted boy who is striving to find where he belongs. I couldn't read it fast enough. loved the story line, the characters and the struggles of life. I really hope there is a sequel coming. I would enjoy seeing these characters as the get older.
Read more
Helpful
Report abuse

Dave Higgins
4.0 out of 5 stars An Enjoyable Coming-of-Age Fantasy
Reviewed in the United Kingdom on August 16, 2013
Verified Purchase
This coming of age story balances realism and escapism, to build characters who undertake heroic quests without sacrificing a sense that the reader would act as they do if placed in their circumstances.

Fifteen-year-old Traphis is a magic user, like his father; however, his mother has forbidden him to learn magic. Having found his father's books and staff, he sets out to learn in secret. However, a youthful feud with the mayor's son not only reveals his power to the Wizard's Collective but also exposes him to the darkest of threats.

The story advances with at a swift pace. Although there are some diversions into exposition, the majority of the world is revealed to the reader by deduction. Those longer expositions that do occur are usually integrated naturally into conversation, so do not break the flow of the story.

The protagonists and many main characters are children, mostly teenagers. Each of them has a unique personality - yet shares the characteristics of self-interest and self-doubt common to puberty - giving their actions a feeling of being real people who have power rather than of magicians who are young. The discovery that the opposite sex are both addictive and confusing is especially well handled. While the older characters actions are reasonable when explained, they receive less exposition, adding to the sense that the protagonists are burdened with an immature understanding of human motivations.

Maxon has created two magical systems, one granting the user great power over an element and the other permitting control of any element but with less power. Although there is an underlying moral aspect to the choice of which system a magician uses, Maxon does not seek to hammer this home, relying on the contrast between high power and broad application to create conflict.

The plot is the classic fantasy narrative of a young farm-boy who becomes critical to defeating great evil; however, the characterisation and world-building make this more than a collection of stale tropes.

I enjoyed this book. I would recommend it to readers looking for an engaging mid-length fantasy novel.
Read more
Report abuse