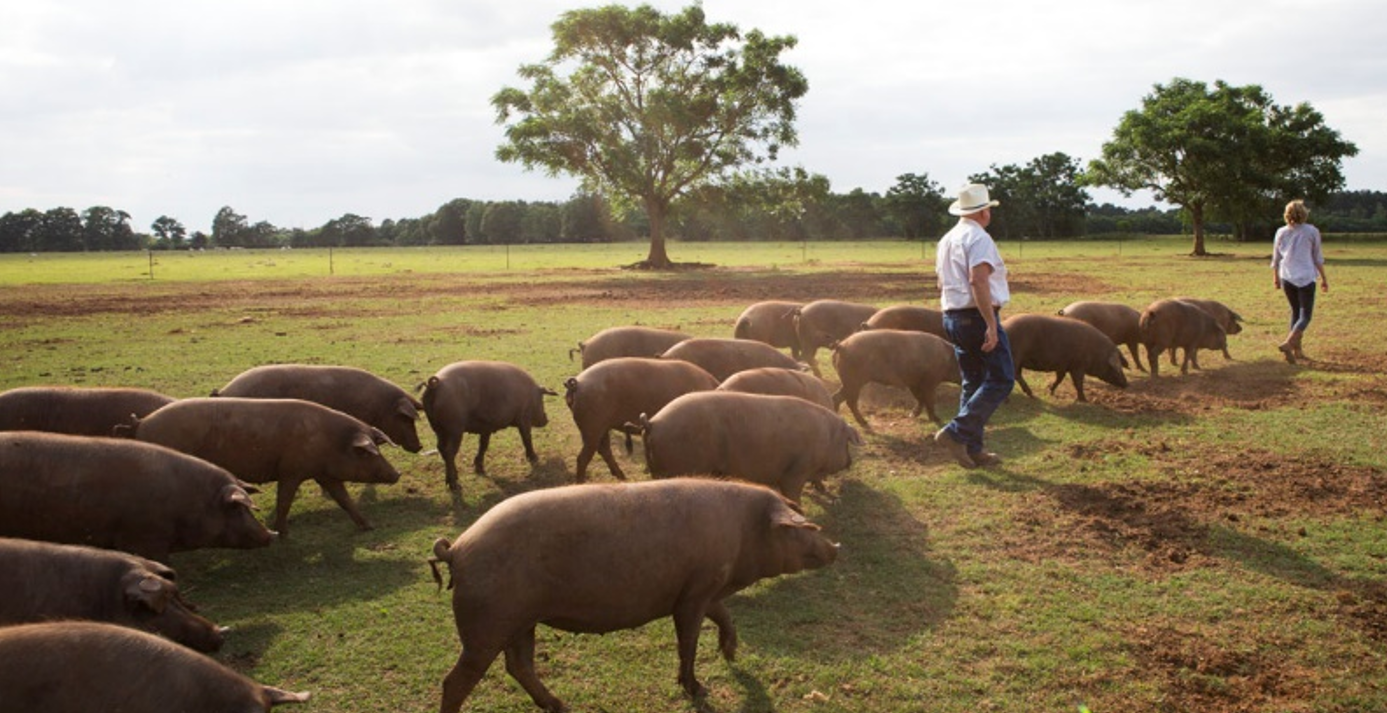 In January 2015, White Oak Pastures partnered with the Oriol family in Spain to be among the first farmers to welcome Iberian hogs to the United States, creating the first Iberian Pastures in the U.S. Instead of acorns, they are raised on a diet of peanuts and pecans, putting a south Georgia twist on the long-kept Spanish tradition. The goal of the feed is to create the same marbling effect that you find in the upper echelon of the Iberico pork production in Spain.

The Iberian pigs serve a secondary role as tillers, hunting for morsels on a field that Will Harris specifically bought for the pecan trees. The animals are 100% pasture-raised, roaming freely and never treated with steroids or antibiotics on one of the largest pasture raised livestock operations in the nation. The result is a stronger ecosystem for both animals and plants.

American Iberico pork delivers flavor and texture like no other – delicate and nutty with melt-in-your-mouth marbling. This prized Spanish breed is known as some of the finest ham on the planet and available for a limited time exclusively on AmazonFresh.