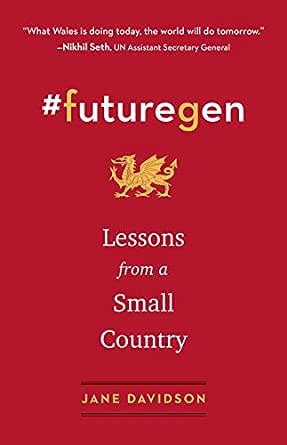 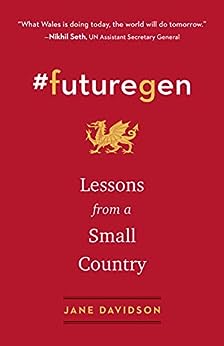 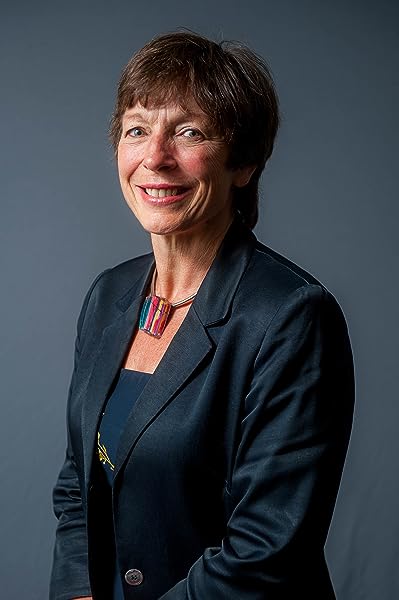 “Wales, though small, is a vanguard when it comes to integrating sustainable development via government policies and actions. The chief architect of its Well-Being of Future Generations Act, Jane Davidson, chronicles the law’s enactment in the lively #futuregen, which encompasses both her personal evaluations and the sweeping policy shift’s intriguing processes.”

“A valuable insider primer for those hoping to enact equally sweeping green legislation in America and beyond.”

‘Be inspired by this fascinating story of how Wales made into law the obligation for a country to pursue sustainable development on behalf of future generations.’–Gro Harlem Brundtland

‘A truly pioneering Act that puts sustainability at the heart of every governmental decision combined with a country seeking to reimagine itself – the story of this revolutionary engine for change holds enormous possibility and is a true beacon of hope.’–Michael Sheen OBE, actor and UNICEF ambassador

‘As the effects of climate change and ecological degradation become ever more apparent it is not despair that must drive us, but action. Jane Davidson’s wonderful #futuregen tells the inspiring story of how one country stepped up with just that – a groundbreaking new law to protect the interests of future generations. For those searching for hope, this is a must-read.’–Tony Juniper CBE, Environmentalist

‘Once at the forefront of the industrial revolution, Wales now leads the world in the sustainability revolution. At the intersection of sustainability, economics, law, morality and politics, the Well-being of Future Generations (Wales) Act enshrines the responsibility of a government to take care of its citizens, especially the vulnerable, and extends that responsibility to those who are the most vulnerable because they do not yet have a voice – the generations as yet unborn. In #futuregen, Jane Davidson, its chief architect, relates what inspired this groundbreaking Act and what impact it has had in the five years since it was passed. Politicians are not generally noted for their long-term, upstream thinking. Influenced by systems thinker Donella Meadows, Jane Davidson is an inspiring exception and has earned the gratitude of generations both future and current.’–Roz Savage MBE, ocean rower and sustainability advocate

‘Please give this book to the sons and daughters of our leaders, then ask them to give it to their parents. Maybe they won’t make the change needed for the people who voted them in, but they might just do it for their children.’–David Hieatt, co-founder of Hiut Denim Co. and of The Do Lectures, author

‘The very definition of sustainable development embodies the need to ensure the well-being of future generations and yet, until Wales in 2015 enacted its Well-being of Future Generations Act, no country had passed legislation to look ahead and give itself the ambition, permission and legal obligation to improve social, cultural, environmental and economic dimensions of well-being for current and future generations. Jane Davidson was a pioneer in pushing forward Wales’s pathbreaking Future Generations Act, blazing a trail for the rest of the world, and WWF was delighted and honoured to support her on that journey. Decision-makers everywhere should read her book to understand the importance of putting future generations at the heart of all they do and the actions needed to make that a reality.’–Pavan Sukhdev, President, WWF International

Jane Davidson is the Pro Vice-Chancellor Emeritus at the University of Wales Trinity Saint David. From 2000–2011, she was Minister for Education, then Minister for Environment, Sustainability and Housing in the Welsh Government where she proposed legislation to make sustainable development its central organising principle; the Well-being of Future Generations (Wales) Act came into law in April 2015. She introduced the first plastic bag charge in the UK, and her recycling regulations took Wales to third best in the world. She created the Climate Change Commission for Wales, the post of Sustainable Futures Commissioner and the Wales Coast Path. In education, she piloted major curriculum changes for early years – the Foundation Phase, the Welsh Baccalaureate and integrated Education for Sustainable Development and Global Citizenship – into the Welsh curriculum. Jane is a patron of the Chartered Institute for Ecology and Environmental Management (CIEEM) and Tools for Self Reliance (TFSR Cymru). She holds honorary fellowships from WWF, Chartered Institution of Wastes Management, Chartered Institution of Water and Environmental Management. Jane is chair of the RSA in Wales and associate faculty member at Harvard University. She lives on a smallholding in West Wales where she aims to live lightly on the land.