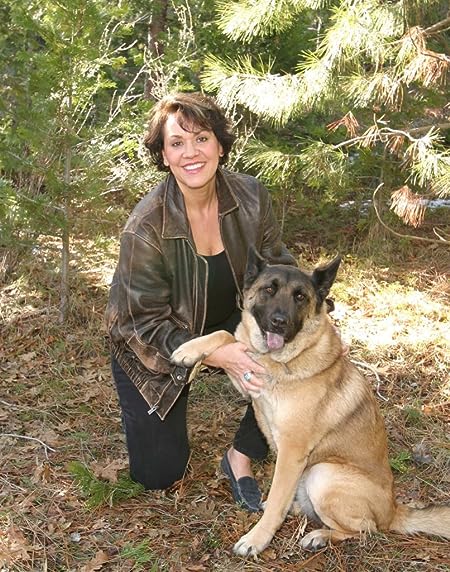 There's nothing like having all your time free for getting into trouble. I considered doing that, but it's really a hassle. The fallout includes apologizing, placating, making redress; it's just too much. So, I write. I have not had to do any of those above mentioned things yet because of anything I've written. This leaves me free to write more stuff for which I could conceivably get into trouble. It's the Circle of Life.

My blog, ChezGigi.com, is 95% fact-free, and dedicated solely to humor. Some people are naturally funny, some have funny thrust upon them, and some must actually work at it, to paraphrase an American president. Now that I have placed myself in the company of presidents, I vow to be as funny as they are.

When I'm not writing (it's addictive, like manic drug shots to the brain) I'm a pool workout artist, a Straightener of Rugs, I take my dog Sugar to the park so she can run circles around me, and I'm a cheating, lying dieter. 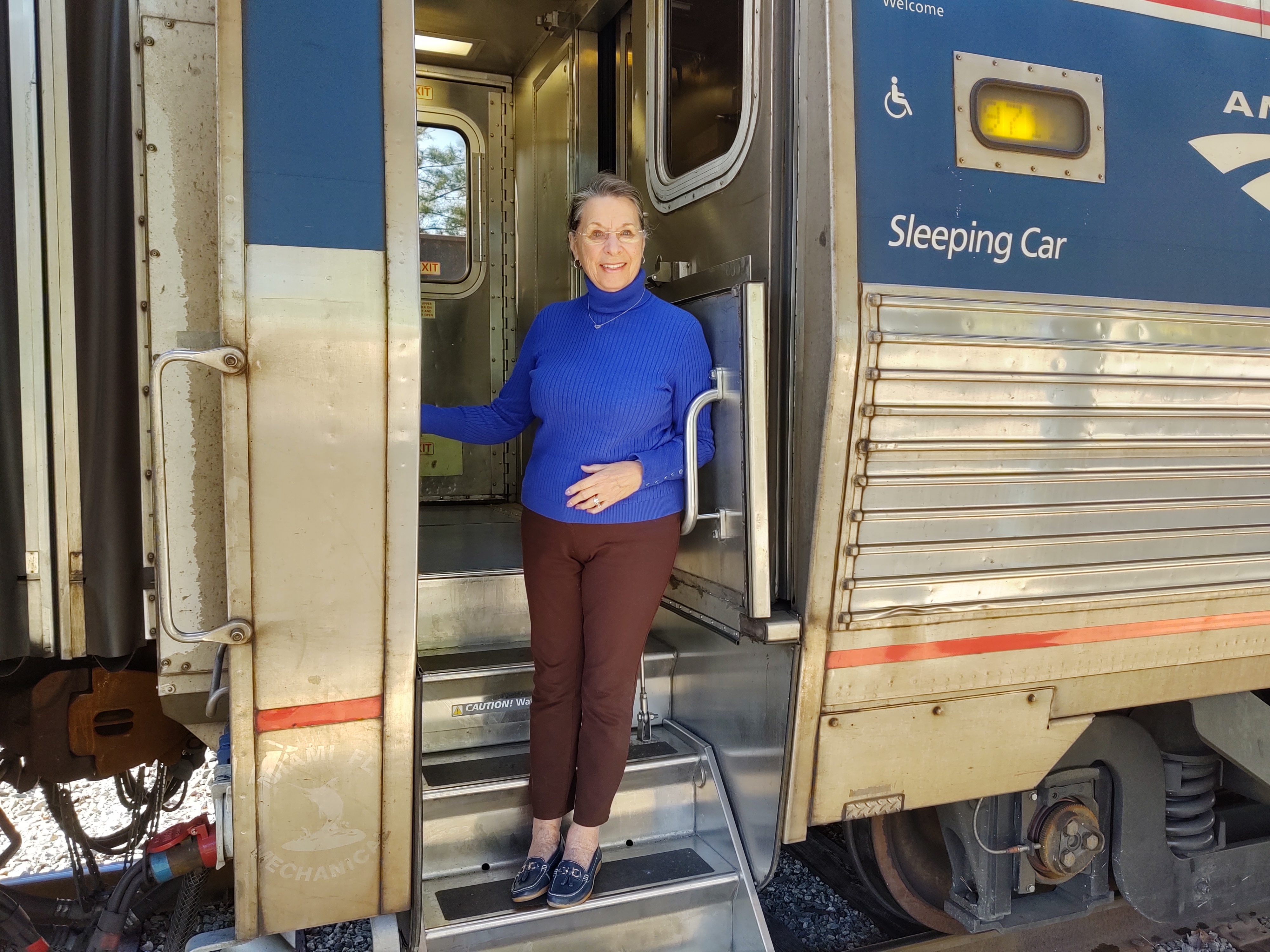 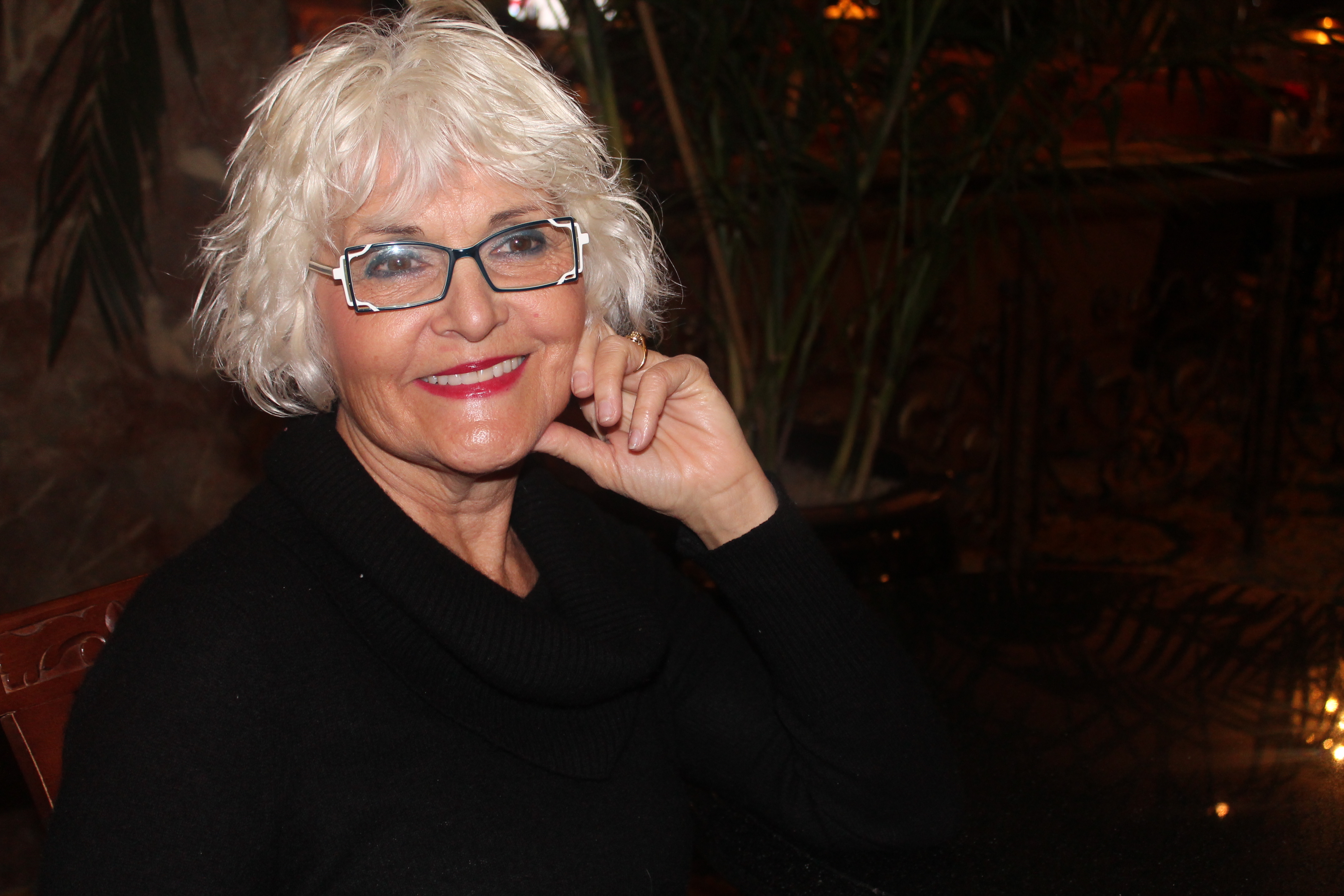 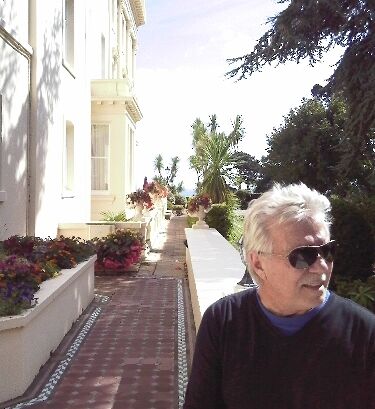 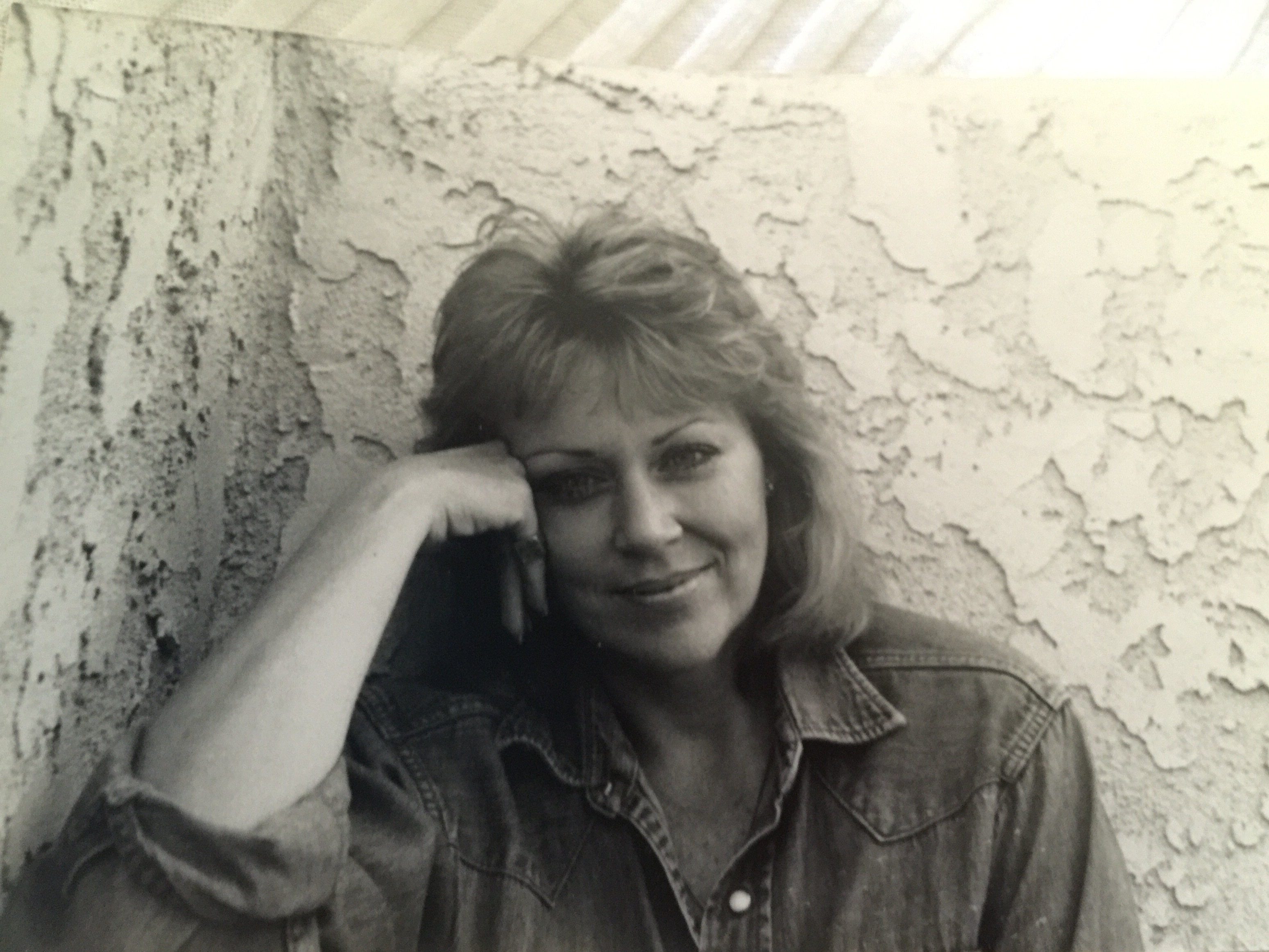 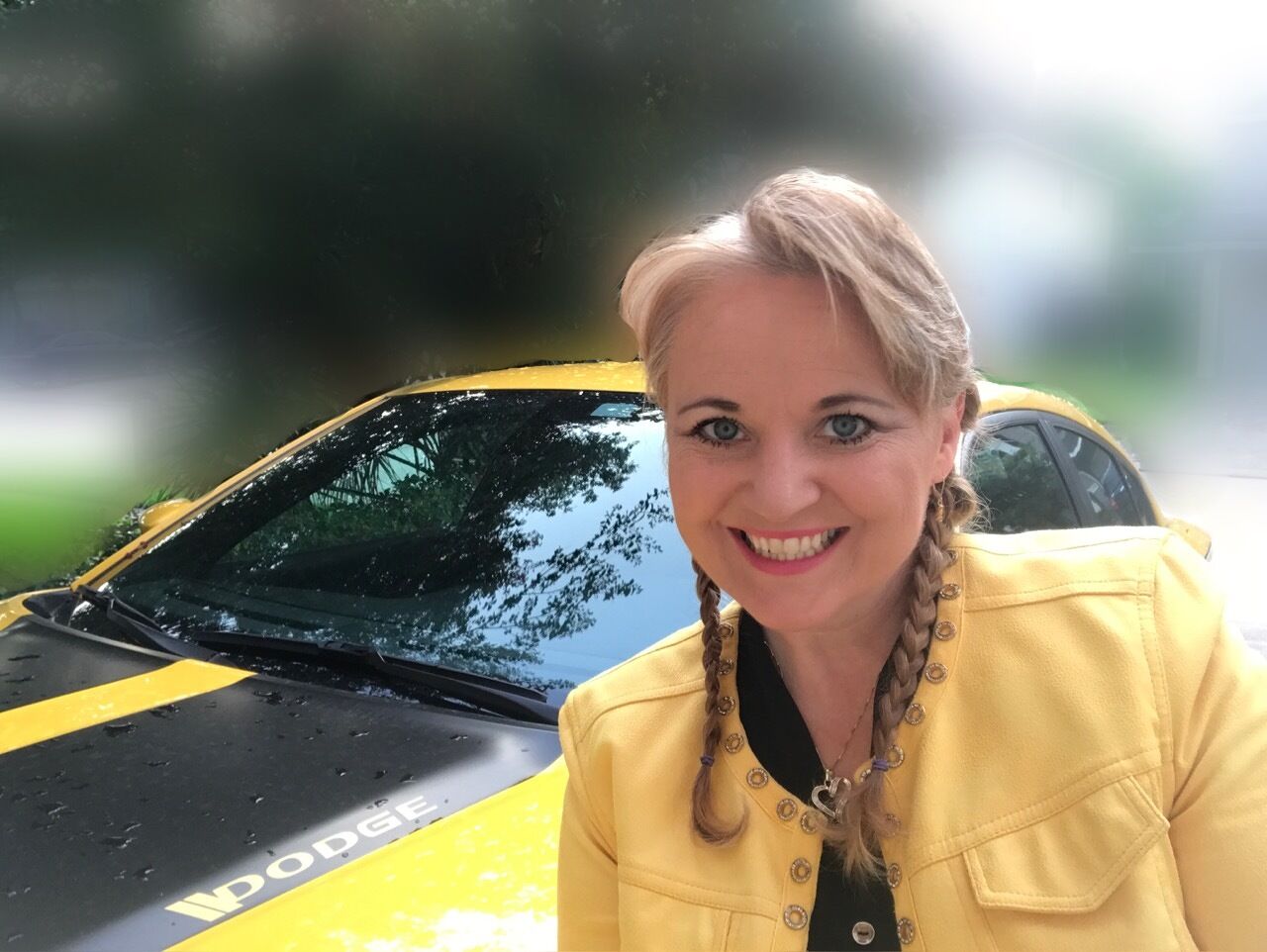 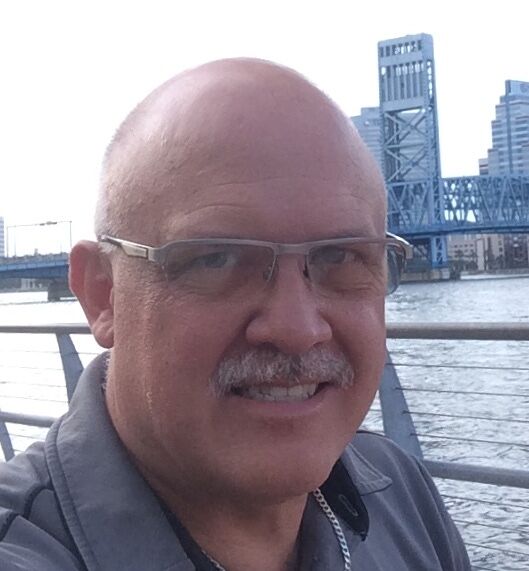 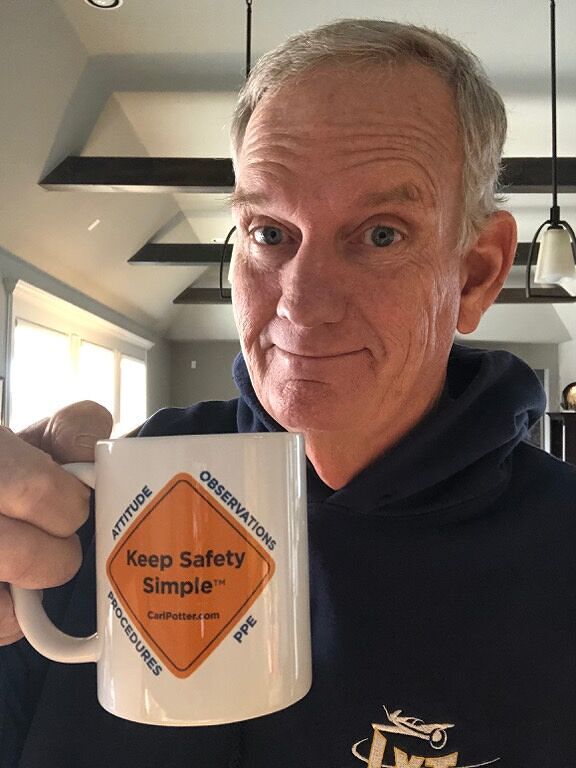 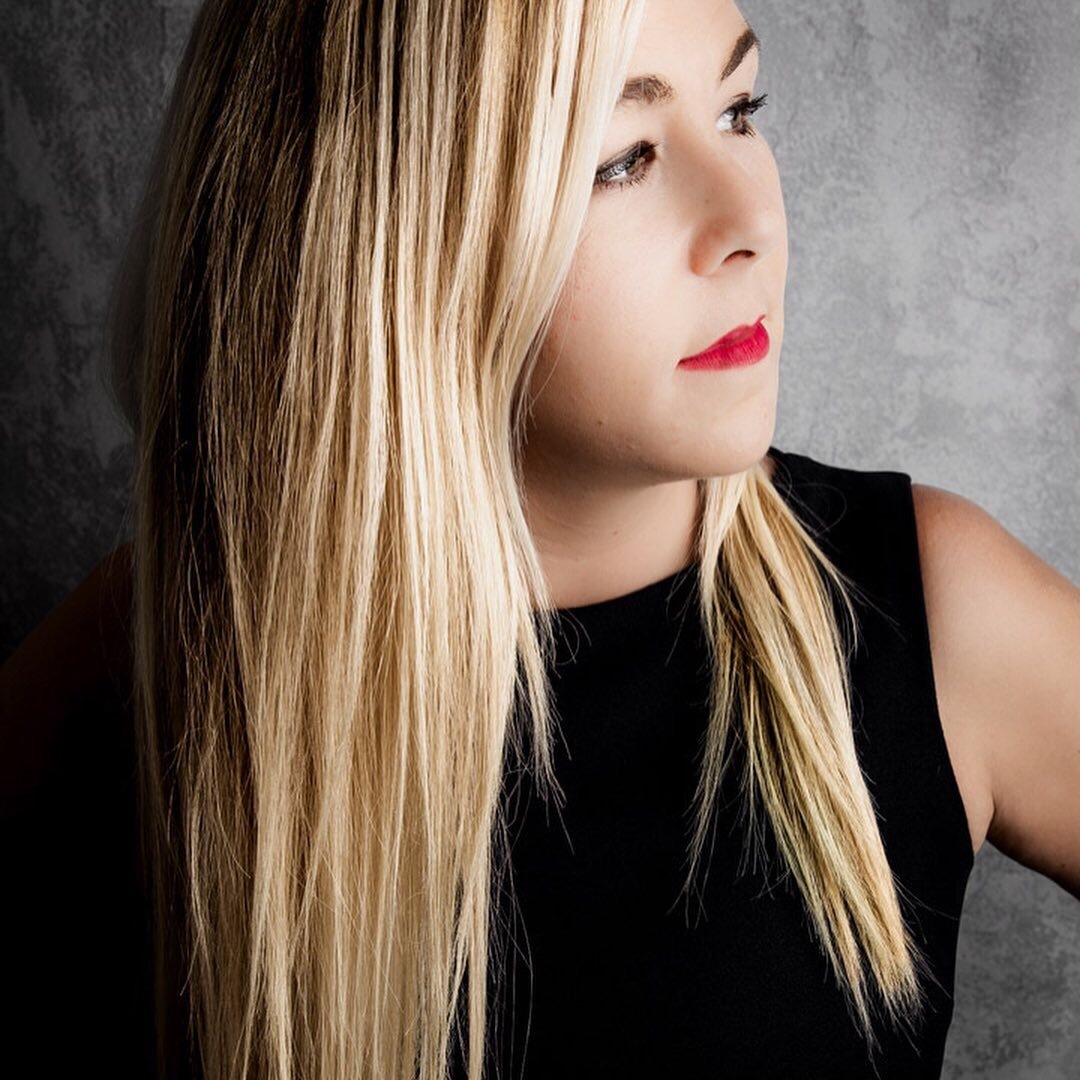 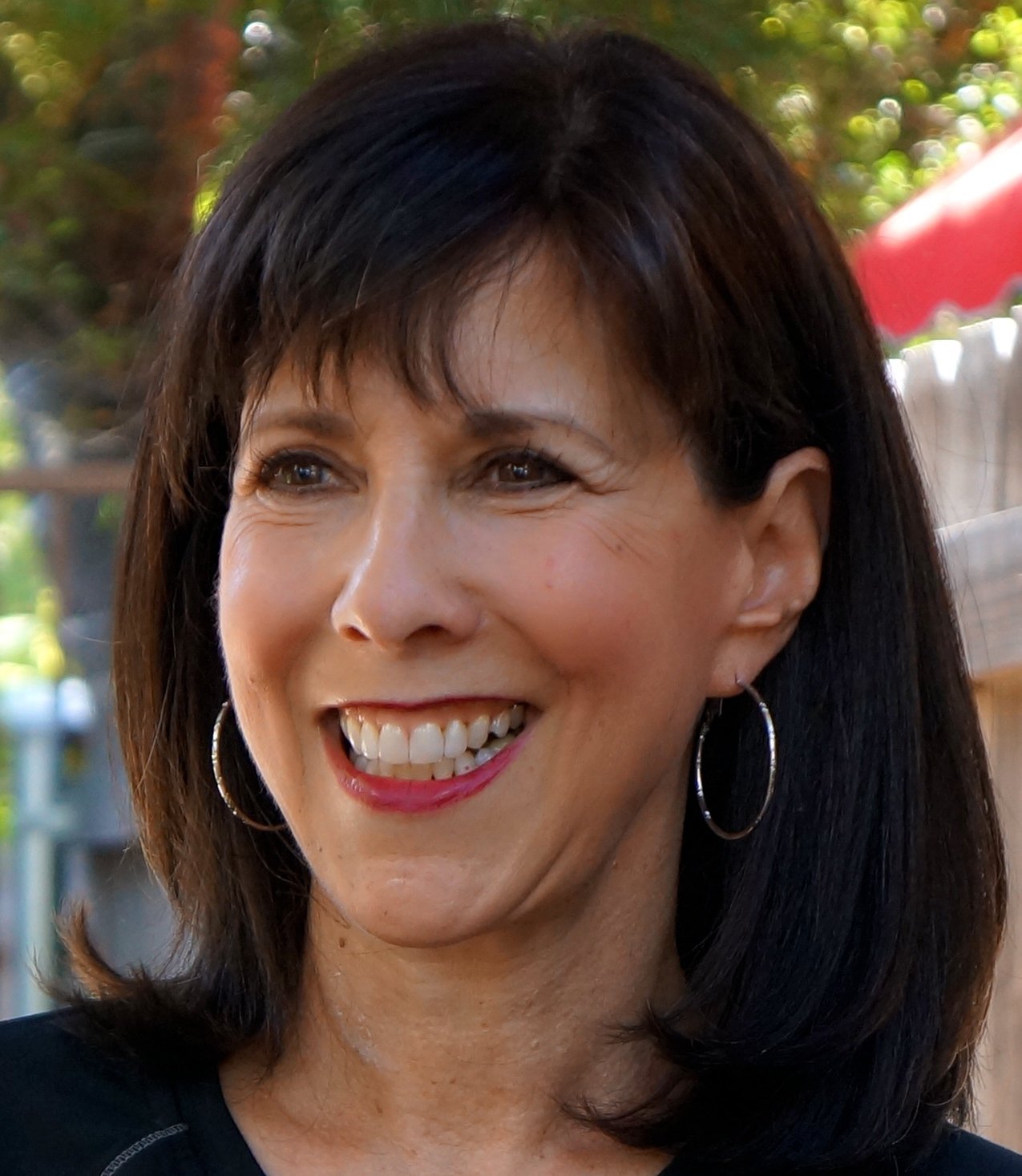 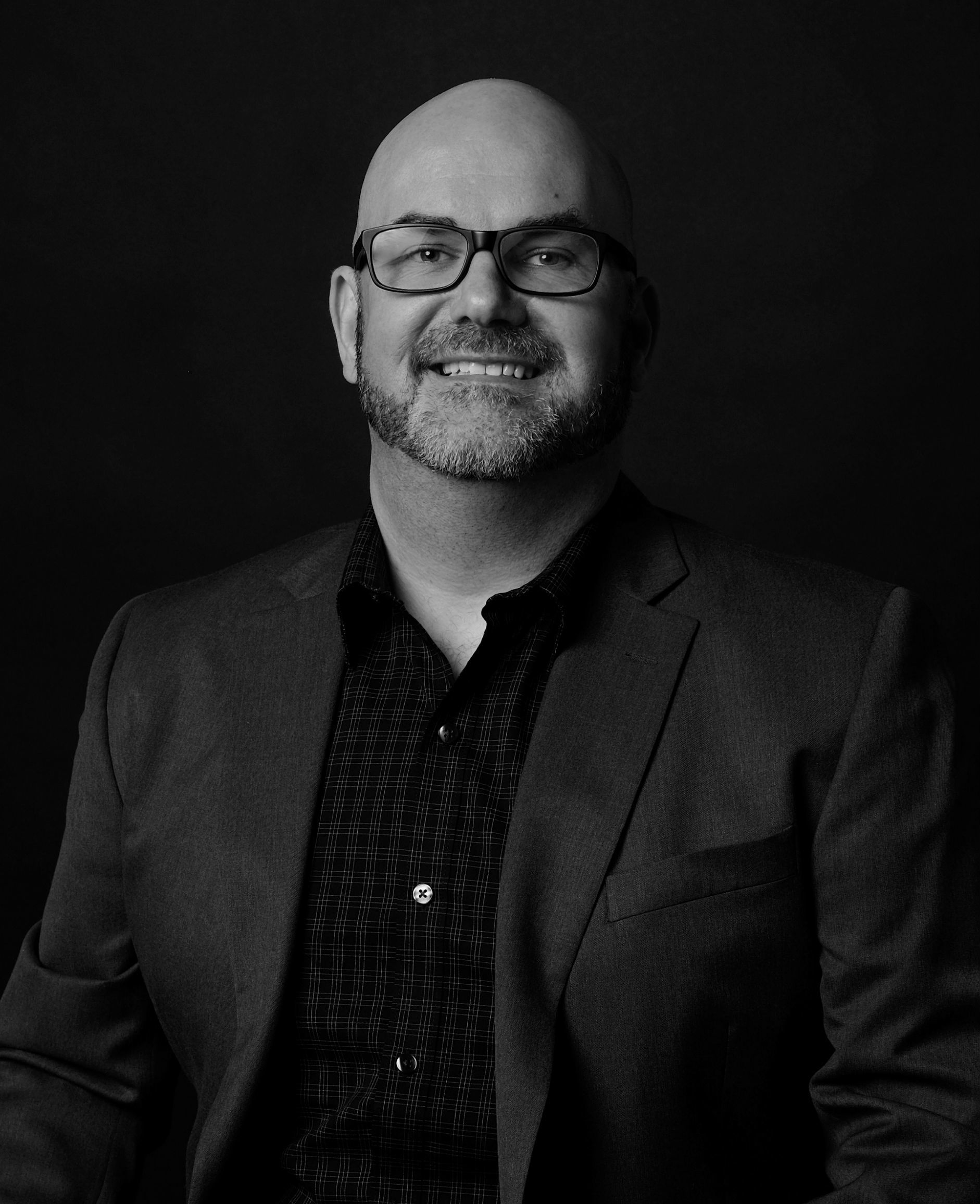 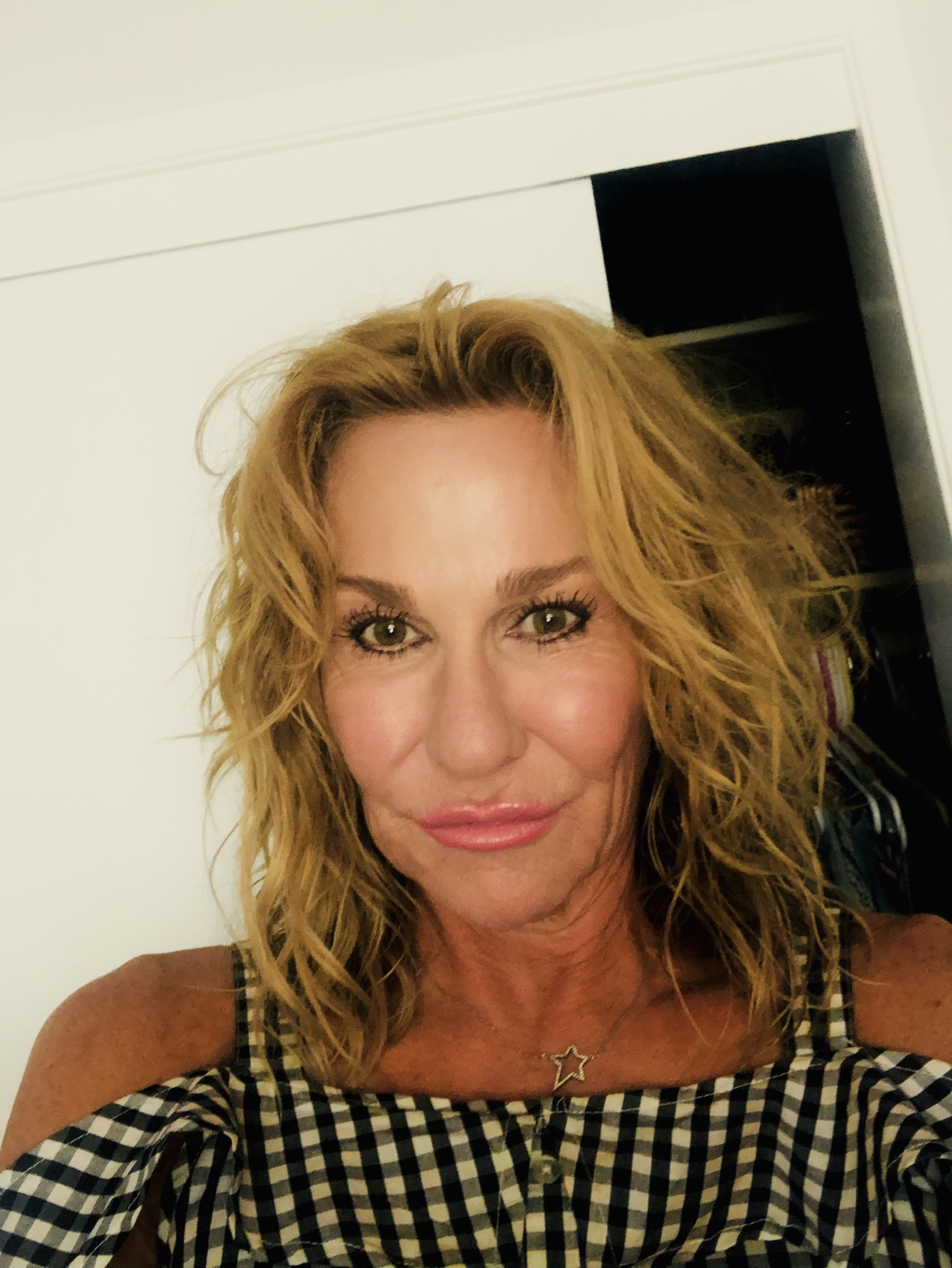 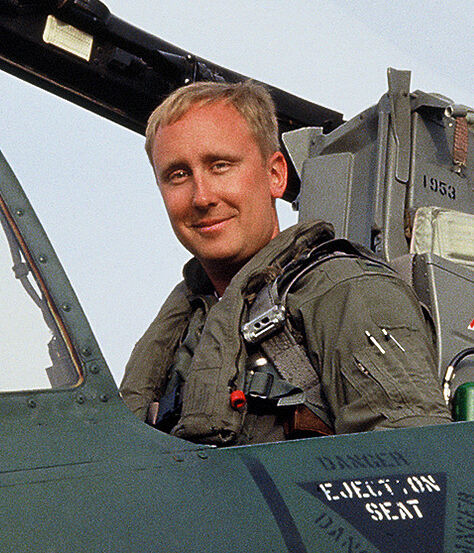 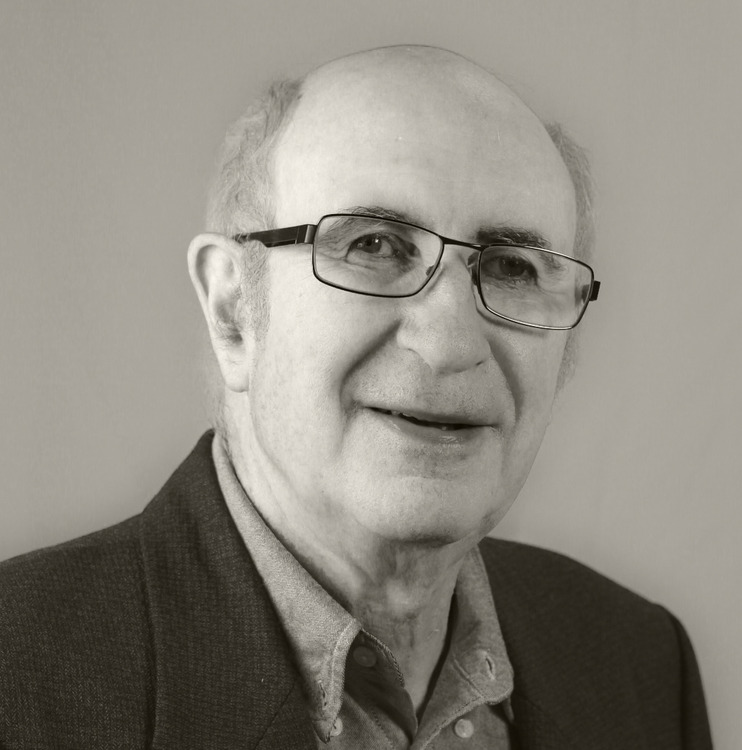 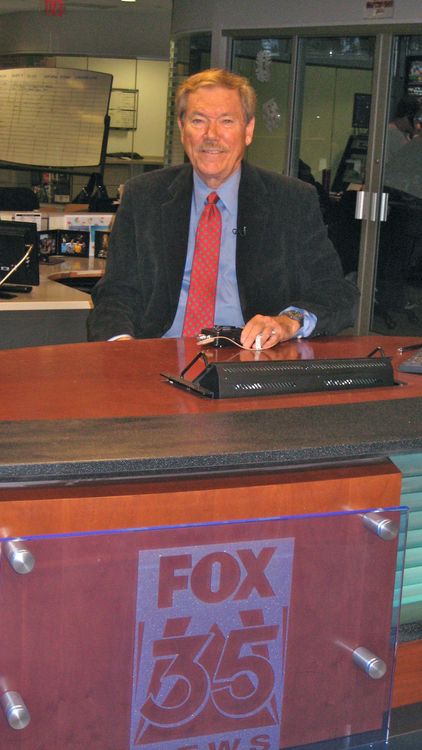 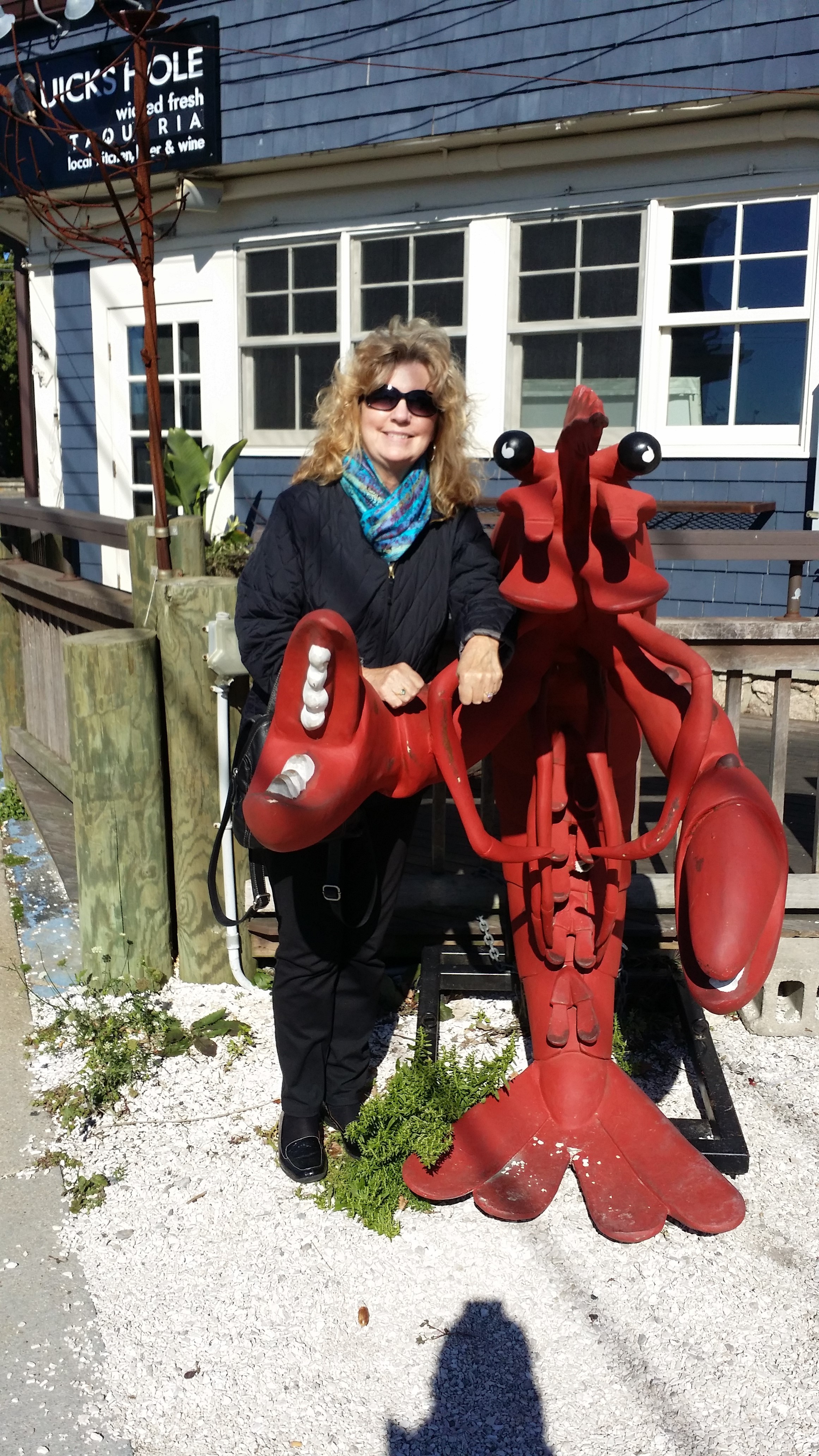 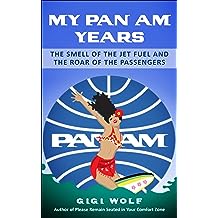 My Pan Am Years: The Smell of Jet Fuel and the Roar of the Passengers: How Time Flies, Especially On a 747 Aug 24, 2012
by Gigi Wolf, Brandon Wolf
( 28 )
$2.99
Pan Am was synonymous with service, class, patriotism, and going where no other airline was able or willing to go. Pan Am World Airways lives in the hearts of all its former employees. We will never forget Pan American, or all our great stories.
Read more 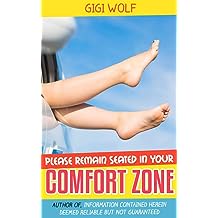 The fourth in a series of humorous memoirs, Gigi Wolf, a former Pan Am flight attendant, has managed to remember things that happened to her as far back as yesterday.

Fortunately, her life is loosely based on reality, which provides the linchpin for her books.

She explores, among other things, with her typical wry humor and personality:


From seat assignment to arrival home, this contribution of travel adventure books and humorous essays on life, love, and flight attendant stories will keep you belted in your comfort zone. There is nothing like airline travel to prove you're really outside your comfort zone. For humor adult style, this book deserves a spot tucked in with your favorite humor authors.

Caveat: There aren't any family demons to be found in this book except the one on the left wing of the aircraft, and he belongs to everyone. 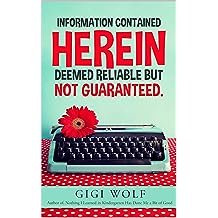 "Not since Andy Rooney has one person so adroitly captured life's little absurdities.”

(This is a direct quote from her editor, who happens to work for Gigi and is a woman of great perspicacity. Trust us, the editor is not paid enough to say things like that, so it is all on her.)

In her new book of humor and comedy that defines satire and family relationships, as well as being a valuable contribution to books about life in retirement, self care, and government in America, Gigi Wolf takes on just about every rant-worthy topic there is. If there is one she missed, she is sure to rant about missing it.

With more of that humor and personality, her topics include:

Gigi will lead you down proverbial homey paths like "Absence Makes the Heart Go Wander," "Good Things Come to Those Who Take Them," "To Err is Human, To Forgive is Too Much to Ask," and "Honesty is the Best Policy, and I'm Uninsured."

These are adages to live by in these Troubled Times. Enjoy the stroll! 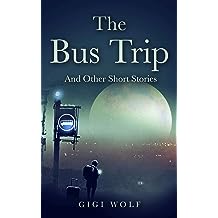 The Bus Trip: And Other Short Stories Feb 25, 2021
by Gigi Wolf, Roberta Stene, Williams Davis
( 2 )
$2.99
The Bus Trip is a collection of short stories from three different authors. Not published elsewhere, these stories have a touch of the supernatural, humor, human relationships, and fantasy. Included is the prologue to a much anticipated collection of apocalyptic stories: Tales From the Bunker.

Also included are: The Dark Sin, Milan is Full of Italians, Smoking Loopholes, and I is Another: A Difficult Matter, plus several others. We hope you enjoy the read!
Read more 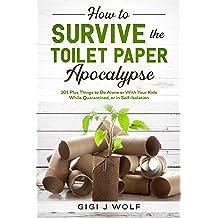 How to Survive the Toilet Paper Apocalypse: 101 Plus Things to Do Alone or With Your Kids While Quarantined, or in Self-Isolation Mar 22, 2020
by Gigi Wolf
( 29 )
$1.00
Survive the Toilet Paper Apocalypse while you are in self-isolation or quarantined with this short ebook of ideas for pandemic preparedness and a pandemic apocalypse. If you have children, you will not lack for something new to do or make or study every day.

Chock full of suggestions, with a link for almost all of them for convenience, adults, kids, and families will find an assortment of educational, absorbing, or productive things to do. There is a section with homeschooling tips, and a separate section with a list of over 100 ideas.

This list will keep everyone busy until the Covid-19 coronavirus armageddon blows over.
Read more 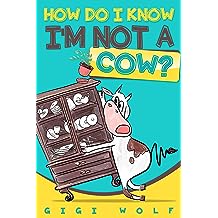 Cows share many characteristics with people. Once kids find out how we are all like cows, or not like them, they will never look at a cow in the same way.

This is a kids book to read to a young person you care about!

This childrens book is educational and fun. And full of cows. 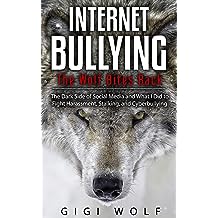 Internet Bullying: The Wolf Bites Back: The Dark Side of Social Media and What I Did to Fight Harassment, Stalking, and Cyberbullying Sep 30, 2017
by Gigi Wolf
( 7 )
$3.99
This is the story of how I've been systematically targeted online for harassment, bullying, and stalking on social media and on my blog. There are steps a person can take to fight back against bullies and their hate, vitriol, libel, and harassment. The fight for a safe internet is a good fight, and good people shouldn't give it up.

Ironically, the people who are the main subjects of the book, which makes no mention of names at all, insist on outing themselves. They keep posting one star reviews and trashing the book and me. Amazon has removed the reviews once. They're proving my point admirably by refusing to leave me alone even on Amazon. https://www.amazon.co.uk/dp/B07633D7ZM 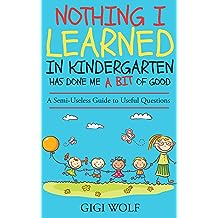 Nothing I Learned in Kindergarten Has Done Me a Bit of Good: A Humorous Memoir On Life From Kindergarten Onwards Jul 11, 2016
by Gigi Wolf
( 8 )
$2.99

Kindergarten introduced us to a Wonderful Set of Rules. The kindergarten rules and consequences were meant to grease our ride through this world and help us get along with everyone in it. They were a so-called comprehensive guide to life, to refer to should you forget how to cross a street or when to take a nap.


In this satirical memoir much like her favorite funny mentors--Dave Barry and Erma Bombeck--(although they don’t know it because they might want money), Gigi Wolf finds skewed answers and humorous solutions to the questions everyone asks. They ask them of random strangers who don’t know anything, either.
Take this question: If those kindergarten rules were so great, why does everyone still need a guide to life? Isn’t playing, eating, drinking, gambling, and dancing around in your underwear fulfilling enough? It certainly seems to be for many people who go to Las Vegas. Many of those people forget to flush, though.
She’ll take you down roads in this funny memoir you never knew existed, with dating humor like: Which superhero you should marry, just why Hugh Hefner and the Bronies have so much in common, why being an orphan is the secret sauce to a successful life, and how to write complete fiction masquerading as a factual memoir.

In these warm and witty, humorous, satirical, and extremely funny (her own modest words) life and love essays, and her experiences in parenting, marriage, being part of a slightly dysfunctional American family, living with dogs and their betrayals, being a woman, or becoming a man for a day, dating, dieting, all-out furniture wars in the mid-east part of the house, and finally, growing older and being retired after starting out starry-eyed and hopeful that first hour in her first day of school, Gigi shows us with some dark adult humor how little the kindergarten rules helped. Especially after you got to first grade.

Click the LOOK INSIDE up there on top of the book and get a fun peek at the joys that await you in this delightful book!