Shards of the Glass Slipper: Queen Alice
Go to book
1 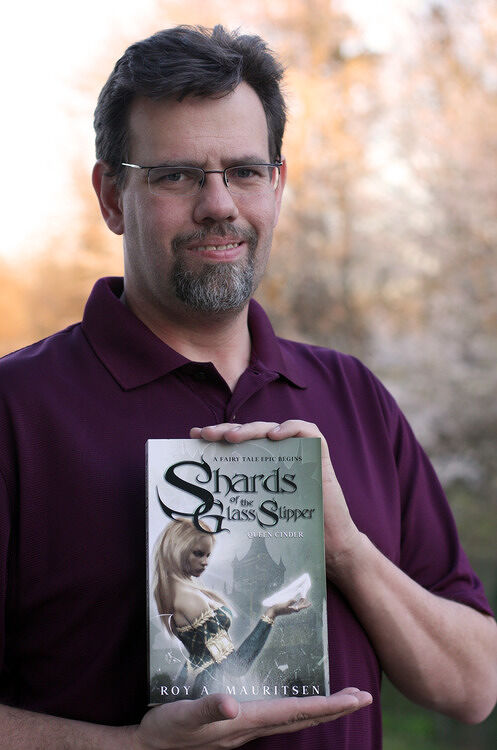 Roy A. Mauritsen
It was bound to happen, with pictures being worth what they are in words, that a successful creative artist would eventually entertain the idea of writing a novel. Roy's interests were somewhat atypical as a child. Aside from art and science, there were books and movies--science fiction and fantasy themed--and also role-playing games like Dungeons & Dragons, and a love of fairy tales that started at an early age with a dusty, 1941 hardcover edition of Alice's Adventures in Wonderland. Roy has received several awards in recognition of his artwork, but for this artist-turned-writer, the saying "a picture is worth a thousand words" wasn't enough this time. There was a story to be told, and it demanded to be written. This fairy tale epic fantasy adventure is also the inspiration for Shards, a concept album that Roy collaborated on and the fourth studio release by the band Gene Pool Zombie.
Roy has also somehow managed to have a successful career as a digital artist and graphic designer, including an illustration credit for the internationally renown Chess Life Magazine and also designing book covers and TV commercials. When up to his eyeballs in deadlines he enjoys photography, volleyball, SCUBA diving, and traveling. But most of the time, he works on 3D artwork, writing short stories for upcoming anthologies, and working on the follow up to Shards of the Glass Slipper which will be released in early 2014. Roy lives on Long Island, New York, with his wife, Caren.
Read more on Amazon's Roy A. Mauritsen page
Back to top
Get to Know Us
Make Money with Us
Amazon Payment Products
Let Us Help You
EnglishChoose a language for shopping. United StatesChoose a country/region for shopping.