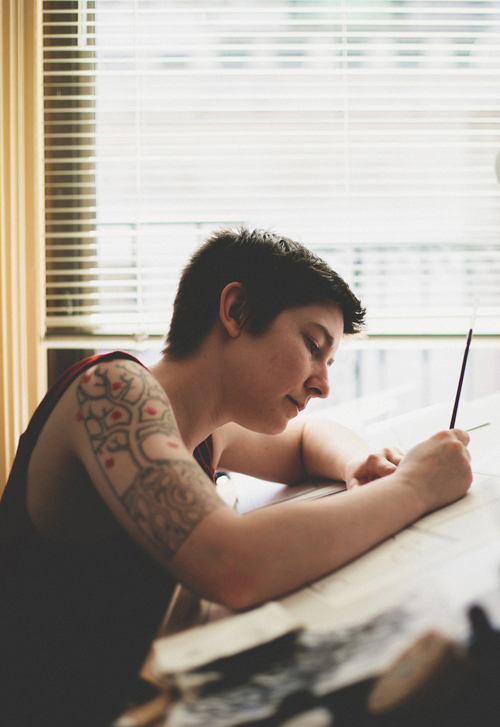 Erika Moen
Erika Moen is a freelance cartoonist born June 25, 1983 and graduated with an Illustrated Storytelling self-designed degree from Pitzer College in 2006. She lives in Portland, Oregon where she has been a member of Periscope Studio since 2008. Having created comics for well over a decade, her work has been published by Dark Horse, Image, Villard and Scholastic, among many others. In addition to creating comics, she also regularly teaches classes and guest lectures on the subject in high schools and colleges around the country. She has been happily married to Matthew Nolan since October 2008.