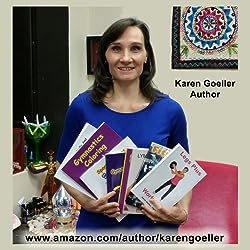 Besides all of the interviews Karen has had speaking, featured, and background roles on a variety of TV shows and in movies. She has worked on Spiderman, Annie, Teenage Mutant Ninja Turtles, Run All Night, Whatever Goes TV, Royal Pains, Brain Games, Gotham, The Following, Blue Bloods, Madam Secretary, Young Hot Crooked, Black Box, Hostages, Nurse Jackie, Michael J Fox, Law & Order, The Newsroom, Forever, Stalked-Docudrama, and commercials for TE Communications, Today, Nike, and Verizon. Karen has also done staged readings in a local theater. She is always looking for speaking roles in film and TV. Check out her IMDB page too. She is already a Member of NY Women in Film & TV.