X-Men Vs. Apocalypse Vol. 1: The Twelve and millions of other books are available for Amazon Kindle. Learn more 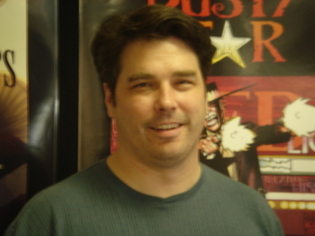 Setting his grand plan for godhood into motion, Apocalypse dispatches his agents to capture the world's most powerful mutants, the fabled Twelve: Professor X, Cyclops, Jean Grey, Storm, Iceman, Sunfire, Polaris, Cable, Bishop, Mikhail Rasputin, the Living Monolith, and Magneto. Having himself planted the seeds of the Twelve legend, Apocalypse hopes to siphon their power, granting him omnipotence. Desperate to stave off his ascension, the X-Men must strike a temporary truce with Magneto to battle the warlord's forces as the Twelve are assembled - and one longtime member seemingly sacrifices his own life to end the threat of Apocalypse once and for all! Collects Uncanny X-Men #376-377, Cable #75-76, X-Men #96-97 & Wolverine #146-147
Read more
Previous page
Next page

Start reading X-Men Vs. Apocalypse Vol. 1: The Twelve on your Kindle in under a minute.

Ian McKee
5.0 out of 5 stars Gambit of Apocalypse
Reviewed in the United States on July 4, 2016
Verified Purchase
This collects the first half of a massive x event where apocalypse launches his master plan to rid himself of humanity and ascend to the godhood he always wanted. To that affect, Apocalypse assembles a new group of horsemen, and sets out to collect the titular 12, a collection of mutants who are essential to his plan.
This is a decent enough story if you are like me, familiar with a lot of the x-men universe but not an expert. Characters are introduced and weave I'm and out of the various books that make up the crossover with enough explanation that I never really got lost with what was going on or who anyone was. The big problem is that events from past books are constantly being referenced, but you can get the gist of what's being said without having that backstory. Also, as a big Cyclops fan I LIKED how he and his family got center stage in the central plotline of the story.
Read more
Helpful
Report abuse

Matthew W. Manzo
5.0 out of 5 stars A long awaited tie up to "The Twelve"!
Reviewed in the United States on February 19, 2014
Verified Purchase
I really like this graphic novel!

I feel like this story line brings together so much that needed to be dealt with.

For one you have the explaination for the meaning of "the Twelve" which is something that has been hinted at since X-factor like 14 or something.

For two you have Cable facing Apocalypse in a one on one battle that is basically Cable's destiny.
And much much more.

In the end an X-man's life is truly never the same and it changes that character's arch for here on out.
Loved this book read it more than once.

If you are planning to get this I would suggest getting
X-men: The Shattering,
as well as
X-men vs. Apocalypse: Ages of Apocalypse.

If not the Shattering at least Ages of Apocalypse.

Truly an enjoyable read and with a huge character developement you'd want to see if you are an X-men fan!
Read more
One person found this helpful
Helpful
Report abuse

SB
4.0 out of 5 stars innocent fun
Reviewed in the United States on March 6, 2009
Verified Purchase
Look, this book is not that bad!

This book is worth reading with the proper level of expectation. It wraps up or connects so many plot threads and characters, and sets up so much of what happens in the Grant Morrison/Joss Whedon eras, that I truly enjoyed it. For the simple fact that it puts the cap on the endless story of Cable/Apocalypse/Cyclops/Pheonix/Sinister, it is a milestone in X-Men history. Besides wrapping up the Cable story, it also introduces the internal conflict that Scott Summers ends up facing in the Morrison stories, and that ends up ruining his relationship with Jean Grey. Having read the Morrison stuff before reading this collection, I was always mystified by the references to this storyline, and reading this certainly helped explain some things.

Obviously, it lacks any intelligence, depth, or complexity, unless you count the complexity of the interweaving plots and the gigantic team of X-Men it features, or the crossing over into numerous books' continuities! But that's not the point. It doesn't aspire to the challenging nature of the Morrison/post-Morrison work. It is certainly byzantine in its full immersion into the X-men mythology that had accumulated to a mind-numbing mass by the time it was written. But that, to me, was the point-- unquestioning immersion into the good old-fashioned X-men nonsense, with the added bonus of seeing so many interminable plot-lines come to a head.

The artwork is also lacking in comparison to today's Marvel standards. However, at the time, these artists were some of the best that were working in super-hero books. Rob Leifield's work looks cheesy now, but if you can get into it, read it in the context of the admittedly different times, by the standards of the day, the artwork is pretty damn good.

Hey, this isn't going to win any awards, but, again, I enjoyed it for what it was.
Read more
14 people found this helpful
Helpful
Report abuse

P. Brimhall
3.0 out of 5 stars Some Nice Moments But Nothing Apocalyptic
Reviewed in the United States on March 12, 2011
Verified Purchase
X-Men Vs. Apocalypse collects Uncanny X-Men #376-377, Cable #73-76, X-Men #96-97, and Wolverine 145-147. The story is alright but nothing grandiose like the Age of Apocalypse Series, which is highly original and intriguing. X-Men Vs. Apocalypse: The Twelve seems like an excuse to get all the people in the world to buy comic books rather than tell a good story. It has some positive points and some negative points.

Here are some cons of the book: 1) Too much Cable. I don't really understand everyone's obsession with him, and the stupid plot line with the woman and the child he "loves" in the current timeline is a poor attempt to make him human and relatable. Cable is better when he is pummeling somebody or suffering physically to overcome great odds (like in X-Men Second Coming where Cable was at his best)because he is a warrior. Also, how many times is Cable going to come back in time from the future to save the present reality from THE ONE EVENT that will enslave all of mutantkind in the despondent, dreary future ruled by Sentinels? Jesus Christ! Oh, sorry. . .I'm mean, Cable!; 2)How many ridiculously un-cool siblings (Mikhail and Ilyanna Rasputin)will Colossus have that are promoted as being more powerful and interesting than he is, yet fail to be as intriguing as the introverted, introspective, brooding Colossus? Just because a character like Colossus is cool doesn't mean that his siblings will be, or a character's child (Daken, Cable, X-23, Sireyn, etc.)will be for that matter; 3)I loved the original Phoenix story where Jean Grey was taken over by the Phoenix force and I loved it when they brought her back to be in X-Factor, but I have a hard time dealing with the fact that the entire X-Men universe revolves around the lives of Cyclops and Marvel Girl/Phoenix or Phoenix force/The Goblin Queen aka Madelyne Pyror-Summers (talk about identity crisis)who have a kid, Cable, who will save the X-Universe. There are other characters who are far more interesting than Cyclops, Jean Grey, and Cable. (In all fairness to Cyclops--who I thought was highly overrated and dubious until he hooked up with Emma Frost and became this compassionately ruthless, strategic, confident, warrior-king--you should check out X-Men Second Coming where somebody finally figured out how to make him the leader all the writers prior to the House of M and Mutant Messiah were unconvincingly saying he was but wasn't).

Here are some of the storyline's strengths: 1)The vengeance and darkness within Angel/Archangel for Apocalypse contrasted with the compassion and light he possesses for his friends/teammates/humanity always comes across vibrantly in any comic story I've read with these themes embodied in Angel. This time he and Wolverine toe-the-line, which is nicely done, but it is also a story about what it means to be "human" (Wolverine #147); 2)Apocalypse is a magnificent villian because at our core, human beings are all about survival. Plus, his use of technology to advance his own evolution and his evolutionary philosophies is always interesting because though his plans seem secretive and complicated, it is really all about survival of the fittest and the adapt or die mentality. Pretty relevant stuff for any era; 3)As much as I complained about Cable in the cons section, the battle and dialogue between he and Apocalypse was great because, like I said earlier, Cable is at his best when he is a warrior overcoming physical suffering to achieve victory(Cable #75; 4). Some of the artwork is really fantastic in this collection, particularly in Cable #73 & #75, and Uncanny X-Men #376 ' 4)Despite my complaining about the Cyclops, Jean Grey, Cable far-fetched and overly dramatized connection in the con section, Cable #76 actually has some nice emotional moments between Cyclops and his older-than-him-son-Cable which help explain who they are and explores their uniquely uncanny father-son relationship. The father-son quest is a classic archetype and this is covered nicely here.

I revel in a good X-Men story and always will. Unfortunately, X-Men Vs. Apocalypse: The Twelve is not one of the better X-Cross-over stories, though it has some strong highpoints, which I mentioned earlier. This story is nothing apocalyptic, but it isn't a total waste of money or time either.
Read more
9 people found this helpful
Helpful
Report abuse

Nik L.
5.0 out of 5 stars Satisfied.
Reviewed in Canada on July 6, 2018
Verified Purchase
Good read.
Read more
Report abuse
See all reviews
Back to top
Get to Know Us
Make Money with Us
Amazon Payment Products
Let Us Help You
EnglishChoose a language for shopping. United StatesChoose a country/region for shopping.
© 1996-2021, Amazon.com, Inc. or its affiliates