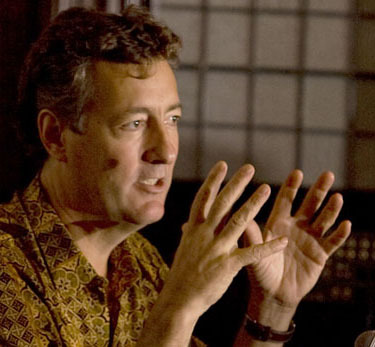 by William Grassie (Author)
5.0 out of 5 stars 7 ratings
See all formats and editions
Sorry, there was a problem loading this page. Try again.

Applied Big History is a guidebook to doing good and well in a fast-changing world. With the help of numerous experts, author William Grassie builds a latticework of diverse disciplines—physics, chemistry, geology, cell biology, energetics, informatics, evolution, anthropology, psychology, economics, and more. Grassie explores the significance of chaos and complexity, as well as the dynamics of discovery and innovation, in evolution and economics. He does so with a practical eye as to how these new sciences can help to better understand and practice economics, business, and finance in the face of uncertainties. Applied Big History weaves many specializations together in a useful framework for application in work and life contexts alike. The book includes a foreword by Mitch Julis, co-founder of Canyon Partners, a hedge fund with $25 billion under management. Julis writes: “Applied Big History does macro and micro. It zooms elegantly in and out, between the two throughout this engaging book by applying the general principles of acquired scientific and historical knowledge available to us today. As a result, we learn that value and wealth represent not just the flow and accumulation of money, but also stand for the fundamentals of energy, matter, and ingenuity that flow in and out of the economy and the financial system…. Grassie’s exposition is careful, concise, informative, and engaging in telling and applying this origin story to the investment world.”Table of ContentsForeword by Mitch Julis, Canyon Partners1.Thriving in a Complex WorldOut Performing the Market/ Caveat Emptor /Applied Big History/ Wikipedia2.The Great MatrixSize/ Time/ Matter/ Energetics/ Electromagnetism/ Sound/ Information-Ingenuity/ Sentience-Intelligence/ Evolved Cultural Hierarchies/ Emergent Complexity/ A Multi-Dimensional Matrix3.The Economy of a Single CellThe Central Bank of Chemistry/ The Currency of Life/ New Business models/ The First Agricultural Revolution/ The First Industrial Revolution/ The Whole Economy of Nature4.Complexity Economics ‘All Hell Breaks Loose’/ Big Money/ Short and Long-Term Oscillations/ Scaling Effects/ Complex Adaptive Systems/ Complicated versus Complex/ The Fluid Dynamics of Markets/ Natural and Economic Selection5.Death and TaxesEnergy Density Flow/ Goldilocks Gradients/ Energy Regimes/ Instability and Resilience6.Your Hunter-Gatherer BrainA Really Great Ape/ The Great Cooperators/ What We Don’t Know/ Survival/ Reproduction/ Gendered Differences/ The Cognitive Revolution/ Stone Age Brains/ Divided Self/ System 1 and System 2/ Luck of the Genes/ Our Inner Demons/ Our Better Angels/ Elephant Morality/ Caveats and Cautions7.The Big Lollapaloozas Welcome to the Anthropocene/ The Secret of Our Success/ Collective Learning/ Network Effects/ Imaginary Worlds and Artificial Instincts/ Energy Capture/ Information-Ingenuity Capture/ Gene-Culture Coevolution of Collective Brains8.Existential ChallengesAnthropogenic Existential Risks/ Natural Existential Risks/ Case Study: Peak Humanity/ Case Study: Climates Change/ Useless Arithmetic/ Next Great Leap9.The Bottom LineCreating and Capturing Value/ Parasites or Symbionts/ Species of Specialization/ Little Bets and Big Wins/ Picking Winners/ Diversification/ The Alphas and the Rest of Us/ Teams work/ Inventing the Future/ Bad Things Happen to Good Investors/ Disaster Preparedness/ Investing in Values/ Universal Values/ Impact Investing/ Our Big Future/ Bottom LineAcknowledgementsAbout the AuthorBibliographyISBN-10: 171985307XISBN-13: 978-1719853071229 pages
Read more
Previous page
Next page

William Grassie is an interdisciplinary scholar, academic entrepreneur, social activist, and author. He received his bachelor degree in political science from Middlebury College and then worked for ten years on nuclear disarmament, citizen diplomacy, community organizing, and sustainability issues in Washington, D.C, Jerusalem, Philadelphia, and West Berlin. He studied comparative religion and philosophy of science at Temple University, where he wrote a dissertation entitled Reinventing Nature: Science Narratives as Myths for an Endangered Planet (1994). Grassie continued at Temple for five more years as an assistant professor in the Intellectual Heritage Program. He has held visiting positions at the University of Pennsylvania, Swarthmore College, Pendle Hill, and City College of New York.

A recipient of academic awards and grants from the American Friends Service Committee, the Roothbert Fellowship, and the John Templeton Foundation, Grassie served as a Senior Fulbright Fellow in the Department of Buddhist Studies at the University of Peradeniya in Kandy, Sri Lanka in 2007–2008. He was the founding director of the Metanexus Institute, which promotes scientifically rigorous and philosophically open-ended exploration of foundational questions. Metanexus has worked with partners at some 400 universities in 45 countries and publishes an online journal.

His writings include The New Sciences of Religion: Exploring Spirituality from the Outside In and Bottom Up (2010) and a collection of essays, Politics by Other Means: Science and Religion in the 21st Century (2010). Grassie is currently working on a book entitled Applied Big History: A Guide for Investors and Other Living Things (2018).

For more information go to https://www.grassie.net

5.0 out of 5 stars
5 out of 5
7 global ratings
How customer reviews and ratings work

Meenakshi Venkat
5.0 out of 5 stars A creative, multidisciplinary thought experiment
Reviewed in the United States 🇺🇸 on November 6, 2018
Verified Purchase
Big History is a new way of looking at the writing of history. First advanced by the Australian historian and Russian history scholar David Christian, it is an approach to writing history that views time across a vast continuum rather than sequentially or chronologically. It views key events in human history as evolutionary and interrelated in nature rather than as occurrences that are connected via a linear chronology or separated by artificially drawn classifications.

How can this understanding of history be applied to offer insights and suggest new directions for more contemporary contexts, such as those of finance, economics, and investing? Why should the concept of Big History be applied to such contexts? And what implications can be drawn from such an exercise?

These are questions that Dr. William Grassie, a contemporary scholar of comparative religion, seeks to explore in Applied Big History. Dr. Grassie is the founder of the New York City–based Metanexus Institute and the author of several books that aim to explore the connections between religion and science, including The New Sciences of Religion (2010).

What is unique about Dr. Grassie’s book is its impressive synthesis of Big History concepts and the application of this synthesis to the fields of business, investing, and finance. It focuses on how an understanding of Big History – “the epic of evolution” -- can help investors and entrepreneurs envision their roles from a broader perspective and “how this new understanding of the universe and its evolution can inform business and investing in particular and life in general.”

The book contains a useful bibliography of works that question the traditional disciplinary boundaries between the various natural and physical sciences, religion, and economics while also engaging with larger questions pertaining to evolution, cosmology, the origins of the universe, climate change, and the world of investors and entrepreneurs.

Applied Big History is a creative, multidisciplinary thought experiment that is packed with fresh insights into how "star formation, cell biology, genomics, ecology, earthquakes, floods, neuroscience, and economic markets turn out to share common patterns." In the process, it also suggests how science and scientific questions can help us to understand the larger meaning of life.
Read more
3 people found this helpful
Helpful
Report abuse

M. W. Moffett
5.0 out of 5 stars Grassie thinks in large ways to solve problems big and small
Reviewed in the United States 🇺🇸 on May 8, 2019
Applied Big History roams through physics, biology, anthropology, and human history to make sense of the strategies we should use in business and everyday life. An entertaining and enlightening read.
Read more
Helpful
Report abuse

Tony's kid
5.0 out of 5 stars An academic discipline made relevant to everyday life
Reviewed in the United Kingdom 🇬🇧 on November 5, 2018
Verified Purchase
Before reading this book, I had no idea that there existed an academic discipline examining how humanity fits into the context of such an expansive area, from the Universe's origins to the economics of the cells in your body. Nevertheless, newcomers need not be intimidated. 'Applied Big History' starts with a refresher course reminding readers of basic scientific concepts. William Grassie's writing style makes the topics covered easy to understand and at times humorous. He helpfully guides you through the complexity of Big History and how this understanding of the Universe applies to your everyday life.
Read more
Report abuse
See all reviews