Skip to main content
The Woburn Chronicles and millions of other books are available for Amazon Kindle. Learn more 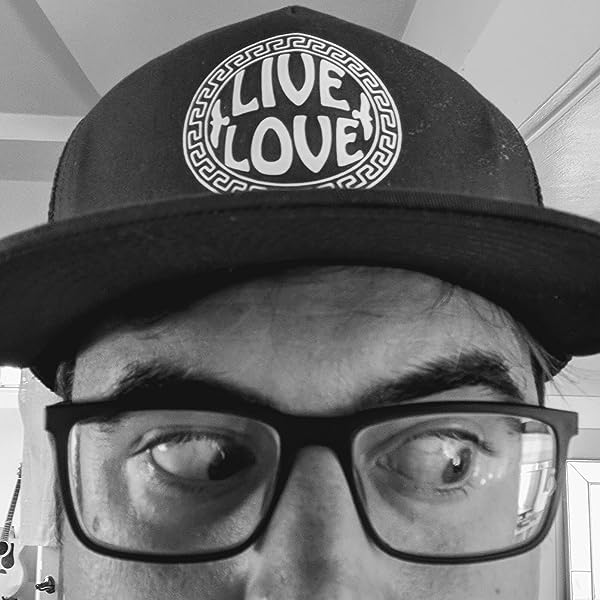 by I. E. Kneverday (Author)
4.6 out of 5 stars 6 ratings
See all formats and editions
Sorry, there was a problem loading this page. Try again.

Shape-shifting leprechauns (1919). Mad scientist-sorcerers (1979). Haunted pine groves (2009). In Woburn, they’ve all been chronicled. A collection of three (interconnected) short stories, The Woburn Chronicles mixes historical fiction and urban fantasy, with a dash of Boston-Irish wit thrown in for good measure.
Fans of Stephen King, H. G. Wells, and H. P. Lovecraft will feel right at home in this wickedly weird universe, which is brimming with ghosts, goblins, and drunks who go bump in the night.
Plot Overview
An invisible nuisance plagues an Irish American household. A local reporter is held captive in an unfamiliar room from an unfamiliar era. A cult meeting is interrupted by a disheveled intruder. Over the decades, the residents of Woburn, Massachusetts have shrugged off a host of such unusual occurrences. But the truth is... there’s something wicked bubbling beneath the surface of their city.
Set in New England’s most mysterious city, Woburn, Massachusetts, located ten miles northwest of Boston, Chronicles takes the real history of this blue-collar community and methodically peels away the layers, revealing its sinister and supernatural underbelly.Keep reading to learn more about the three supernatural tales you’ll find inside. But for those of you who enjoy bone-chilling, spine-tingling surprises, fair warning: This is a book best served with as little preamble as possible. To ensure an optimal reading experience, skip the rest of this description and grab your copy now.
I. The Little Ones
Ten-year-old Deirdre has grown accustomed to being blamed for all manner of mischief, much of which she is, admittedly, the source of. But when a series of false accusations begins piling up against her, she’ll enlist the help of her bookworm brother to reveal the identity of the real perpetrator. Set in 1919, just after the end of the First World War, the opening story of The Woburn Chronicles will prove that terrible things can, indeed, come in small packages.
II. A Civil Mutation
Griff shouldn’t be locked up in this room. That much he knows for sure. But it’s not just his imprisonment that he finds baffling, it’s also the room’s 18th-century decor. (He could have sworn it was still 1979 when he left his apartment…) As the details surrounding Griff’s captivity slowly fall into place, he’ll uncover a murderous plot that’s been decades in the making, and readers will finally understand why no one drinks the water in Woburn.
III. Beware the Witch’s Wood
Eight cloaked figures stand around a bonfire in a pine grove behind Horn Pond. Billy, the newest member of this nocturnal fraternity, is keen on making a good impression. Unfortunately, he’ll quickly become distracted by a mysterious female presence. While set in 2009, the third and final tale of The Woburn Chronicles harkens back to a much older episode in New England’s history—an episode that wasn’t just confined to Salem.
Read more
Previous page
Next page

Start reading The Woburn Chronicles on your Kindle in under a minute.

I. E. Kneverday is the writer of many a twisted tale and the editor of Neon Druid, a collection of 17 short stories that mix urban fantasy with Celtic mythology. Originally from Boston, he moved to Montréal at 18 and lived in an Irish pub, leaving occasionally to earn a degree in Humanistic Studies / World Religions from McGill.

david rodeck
5.0 out of 5 stars 3 spooky stories that I didn't want to end
Reviewed in the United States on October 11, 2018
Verified Purchase
The Woburn Chronicles is a fantastic collection of short stories, set just outside of Boston. You can feel the author's love of Woburn's deep history and culture.

The stories are a perfect balance of history/culture, deep characters and spooky developments! My only issue is that the short stories left me wanting to hear more. The author did a wonderful job flushing out his characters. You really get to know them and it's sad to see them leave so quickly.

Finally, there's a little mix of mischief, trouble making and drinking in each story. Seems like the author is the type of person who enjoys the occasional Guinness!

A terrific read that you can finish off in an hour or two. Looking forward to I. E. Kneverday's next work.
Read more
Helpful
Report abuse

David Rainen
5.0 out of 5 stars Great read!
Reviewed in the United States on October 19, 2018
Verified Purchase
Great read! The author folds local history and lore right in to his fiction. I really enjoyed this book, even though I am not one for fantasy stories and certainly not borrow, I was happily surprised and engaged.
Read more
Helpful
Report abuse

Eric
4.0 out of 5 stars A bedsight delight
Reviewed in the United States on October 3, 2018
Verified Purchase
Strange and Facinating short stories crafted with a smooth and eleguant language.
Read more
Helpful
Report abuse

Vanessa Keating
5.0 out of 5 stars Spooky
Reviewed in the United States on January 9, 2019
I am from Woburn and someone got me this book as a gift for my birthday. I had never heard of it, but I really enjoyed it! I was actually quite spooked after reading the first story, because I was home alone at like 1 AM when I read it and my house was completely dark except for the one lamp I was using, and then I heard a noise from my basement, but it was actually just the laundry machine.
Read more
Helpful
Report abuse
See all reviews