A former Seattle math professor races on a journey to survive after a weaponized bird flu ravages the globe to near extinction. A community of survivalists, without immunity to the killer virus, struggle to remain undetected and when a young girl is exposed, war between those few left behind is threatened.

⭐️⭐️⭐️⭐️⭐️"Forget the chores, or sleep for that matter! This story grabs you and doesn't let you go! And it was published in 2013!"

A former Seattle math professor races on a journey to survive after a weaponized bird flu ravages the globe to near extinction. A community of survivalists, without immunity to the killer virus, struggle to remain undetected and when a young girl is exposed, war between those few left behind is threatened.

⭐️⭐️⭐️⭐️⭐️"Forget the chores, or sleep for that matter! This story grabs you and doesn't let you go! And it was published in 2013!"

⭐️⭐️⭐️⭐️⭐️"This book fleshes out a possibility that's all too real. She doesn't flinch about what the realities would likely be. She also rejoices with the triumphs, small and large. By the end of the book, you are left with a hope that life will go on even as it is forever changed. It really makes you evaluate your own hopes, fears, and ethics. You're asking, "What would I do?" Not many authors make their characters seem so personal to me. That is something really special. This book is one you should read."
- Claudia Lopez
Read more

3
The Last Infidels: A Post-Apocalyptic Medical Techno Thriller Series (Graham's Resolution Book 3)
by A. R. Shaw (Author)
4.7 out of 5 stars (478)
⭐️⭐️⭐️⭐️⭐️"Oh my goodness, this series is fantastic - when is the next novel out!"- D. Bartlett

⭐️⭐️⭐️⭐️⭐️"A must read if you like survival stories." Barb G

4
The Malefic Nation: A Post-Apocalyptic Medical Thriller Series (Graham's Resolution Book 4)
by A. R. Shaw (Author)
4.7 out of 5 stars (457)
⭐️⭐️⭐️⭐️⭐️"Love the characters and story. Especially considering current circumstances . I felt I was living the story, great way to escape."- Gwenda Hughes

What the world dreads most,
had happened.

"A.R. Shaw really knows how to weave a story - The Malefic Nation had me gripped!" - Debra M.

"Again I couldn't put it down, great story." - Sylvia Francie

⭐️⭐️⭐️⭐️⭐️"Shaw delivers another blockbuster story with The Bitter Earth. She leaves us chomping at the bit for even more."

⭐️⭐️⭐️⭐️⭐️"Great characters. Scary stuff because it is all too believable. Makes you wonder how well you would cope in a similar situation and what would be your surprise talent. Highly recommend getting all 5 books and starting the series while on vacation because you will not want to put them down."

⭐️⭐️⭐️⭐️⭐️"I really love ❤️ this whole series! The books are very well written and I am anxious to read the next book in the series when I finish one!"


⭐️⭐️⭐️⭐️⭐️"I am now just awaiting the next book! I hope it is released soon!"

⭐️⭐️⭐️⭐️⭐️"I love ❤️ this series of books!"⭐️⭐️⭐️⭐️⭐️ "Enjoyed reading. Lots of action & adventure! Can't wait till the next book comes out."

⭐️⭐️⭐️⭐️⭐️ "Read it in 2 days. Great read. Can't wait for the next episode. You will not regret buying this book."For fans of Lee Child and James Patterson, a medical thriller that hits too close to home by USA Today bestselling author A. R. Shaw.
Read more

"Thoroughly enjoyed the series. Couldn't put it down... which is why I've already finished reading the book on the day it was released." - Karl

Graham Morgan never set out to survive the apocalypse. He'd only meant to save his dog and those he'd come to love. But then tragedy strikes when the enemy makes a return and this time Graham says goodbye...once and for all.

Suzanne
5.0 out of 5 stars Characters are so real and certainly I fell in love with.most of them!I love this
Reviewed in the United States on June 6, 2020
Love this series! Characters are all so very real and for the most part believable, easy to understand and have compassion and for. I cannot believe how much I love the main characters and how real they are!
Read more
4 people found this helpful
Helpful
Report abuse

Tspear
5.0 out of 5 stars Definite page turners
Reviewed in the United States on June 25, 2021
As with all of Ms. Shaw's books, I had a hard time putting them down.
Read more
4 people found this helpful
Helpful
Report abuse

Rabid Reader
5.0 out of 5 stars Outstanding!
Reviewed in the United States on February 24, 2016
I actually ordered each book in the series one after the other, and couldn't put them down, staying up until 4:30 a.m. to finish each one. They tell the story of a small group of immune survivors of a horrific pandemic and a group of preppers who carefully kept themselves from exposure. The characterizations are rich and detailed and entirely sympathetic. When it turns out that the pandemic was caused by jihadists, the two groups, by now united through the efforts of a brilliant virologist to develop an effective vaccine, together face their enemy, whose goal is to wipe all "infidels" off the face of the earth by any means available. If you love the post-apopalyptic genre as I do, you'll love the story!
Read more
21 people found this helpful
Helpful
Report abuse

Mauryeen Jones
5.0 out of 5 stars Great stories
Reviewed in the United States on June 4, 2020
The stories were very compelling and the characters were real. Loved the series and hope more are added to it.
Read more
4 people found this helpful
Helpful
Report abuse

JMA
5.0 out of 5 stars Very emotional storytelling!
Reviewed in the United States on May 8, 2017
What a great series...and frightening in the possibilities of life nowadays. The author captured the everyday man, the preppers, and the terror of what might very well be our future.
Read more
8 people found this helpful
Helpful
Report abuse

Bootsie Hooligan
5.0 out of 5 stars gripping
Reviewed in the United States on January 2, 2017
amazing read, soo hard to stop reading, literally went from home pc, to phone, to work pc, and back again as I moved thru my daily routine to keep reading. soo addicting, this is totally an "it could happen" scenario.
Read more
2 people found this helpful
Helpful
Report abuse

sammysnapdragon
5.0 out of 5 stars Survival of the Best Americans..
Reviewed in the United States on September 23, 2016
Absolutely the BEST of all for this genre! I fell in love with each of these characters one by one.Author takes you so thoughtfully into each one,her details are so complete, I would find myself wondering what Graham's Survivors were up to at times all throughout my day....a must read for all American's interested in survival.I found myself comparing to Steven Kings "The Stand".thank you Ms Shaw.
Read more
3 people found this helpful
Helpful
Report abuse

BJP
5.0 out of 5 stars Five Stars
Reviewed in the United States on April 26, 2017
I thought the series was great, happy, sad and believable - write more!!!!
Read more
3 people found this helpful
Helpful
Report abuse
See all reviews
More About the Author 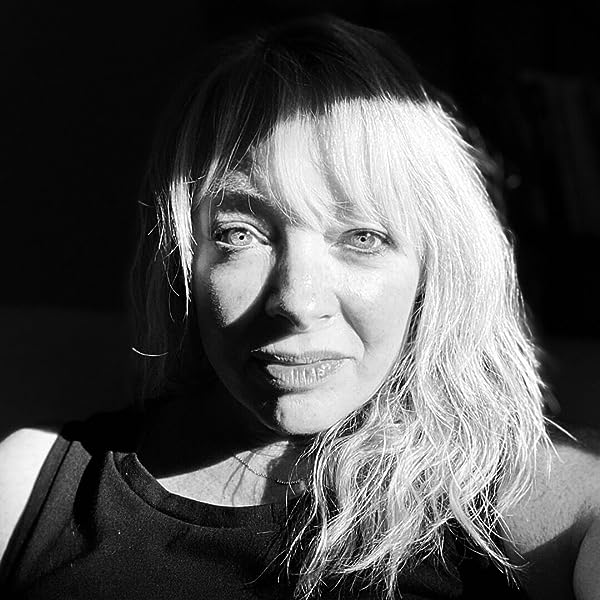 ⭐️⭐️⭐️⭐️⭐️ USA Today bestselling author, A. R. Shaw, served in the United States Air Force Reserves as a Communications Radio Operator. She began publishing in the fall of 2013 with her debut novel, The China Pandemic.

With over 17 titles to her name, she continues the journey from her home in the Pacific Northwest alongside her loyal tabby cats, Henry and Hazel, and a house full of books.