S&D Pharmaceuticals is developing a new vaccine with sinister side effects. A viral outbreak has the humans begging for a cure and Striden, the CEO of S&D, offers a remedy that promises to cure the virus, but is engineered to turn its unsuspecting patients into werewolves.

S&D Pharmaceuticals is developing a new vaccine with sinister side effects. A viral outbreak has the humans begging for a cure and Striden, the CEO of S&D, offers a remedy that promises to cure the virus, but is engineered to turn its unsuspecting patients into werewolves.

The werewolves are opposed by an allegiance of vampires who, while initially out for revenge, stumble onto the wolves' plans for mass infestation. Among the vampires is an ambitious rebel named Catch and his newly turned protégé, Lori. Catch brings this treacherous world to Lori's doorstep and turns both their worlds upside-down in the process. Secrets are exposed, allegiances are formed, and blood is spilled as they do everything in their power to preserve both their own kind and their food supply.
Read more

$0.00
2
Dead and Damaged (The Endangered Series Book 2)
by S.L. Eaves (Author)
4.8 out of 5 stars (12)
Book Two of The Endangered Series picks up with Lori attempting to track down the source of stealth technology rogue vampires are using to hunt humans. Her pursuit leads her into the arms of a government agency with similar objectives. A temporary alliance is formed in an effort to stop the corporation responsible for putting the technology in malignant hands. Their mission goes awry, however, and leaves Lori with more enemies than friends.

Her situation worsens when Marcus learns that the corporation has also been working with vampires to develop daylight suits and synthetic blood. He convinces his clan that this organization and its infinite resources will be a valuable asset in the evolution of their kind. They begin questioning Lori’s motives and Marcus takes the opportunity to capitalize on their distrust. Consequently, Lori soon finds herself on the run from her former clan and turns to Vega for help exposing the truth behind Marcus and his new deceitful allies.
Read more

The 3rd installment brings the The Endangered Series to a gripping conclusion that will keep you on the edge of your seat till the last page.

Seven years have passed since Lori exiled herself from her clan. Seven years without bloodshed, without demons, without torture, without premonitions. Seven years of peace and quiet in the civilian life she's cultivated for herself.

Then Vega appears at her doorstep with alarming news: a former member of his clan is responsible for the recent string of homicides across the southwest and the Purebloods are holding her clan responsible. To make matters worse, this traitor is working with an enemy from Lori's past who is hell bent on revenge.

Now she's faced with returning to the world she's tried so hard to escape in order to save the only family she has left. Lori finds unlikely allies in a slayer and a werewolf hybrid, both survivors of S&D Pharma's experiments. Together they fight to stop the vampire's killing spree and absolve her clan from the Pureblood's wrath. That's if a ghost from her past doesn't succeed in stopping her first. 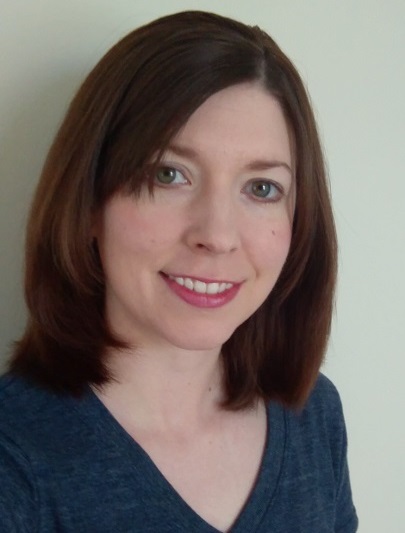 S.L. Eaves is a Philadelphia area native who received undergraduate degrees in film and writing from University of Pittsburgh. She returned to Philadelphia to earn her MBA in marketing from Drexel University while freelancing as a writer and brand consultant. She penned the first two books of The Endangered Series for Zharmae Publishing and went on to complete the series independently after the publishing house closed. Presently, she works in marketing and escapes into the world of fiction every chance she gets. Visit her world at www.writewithfire.com.